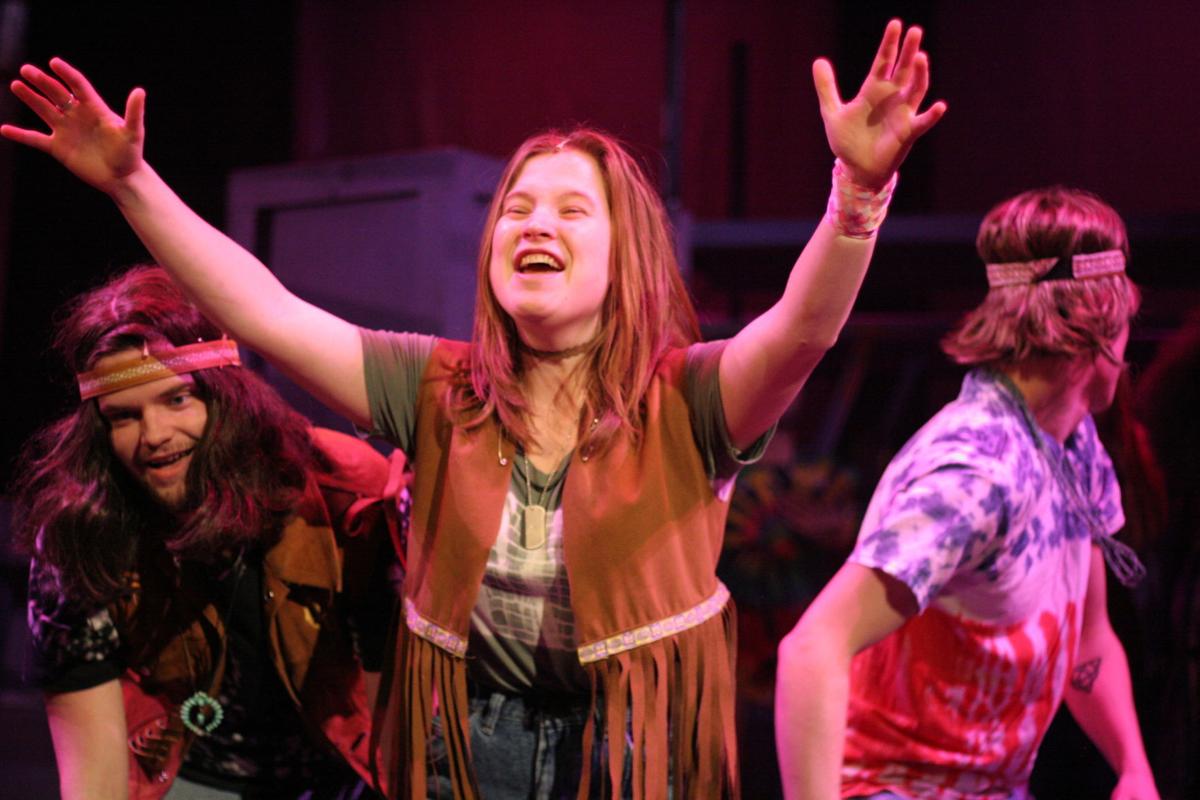 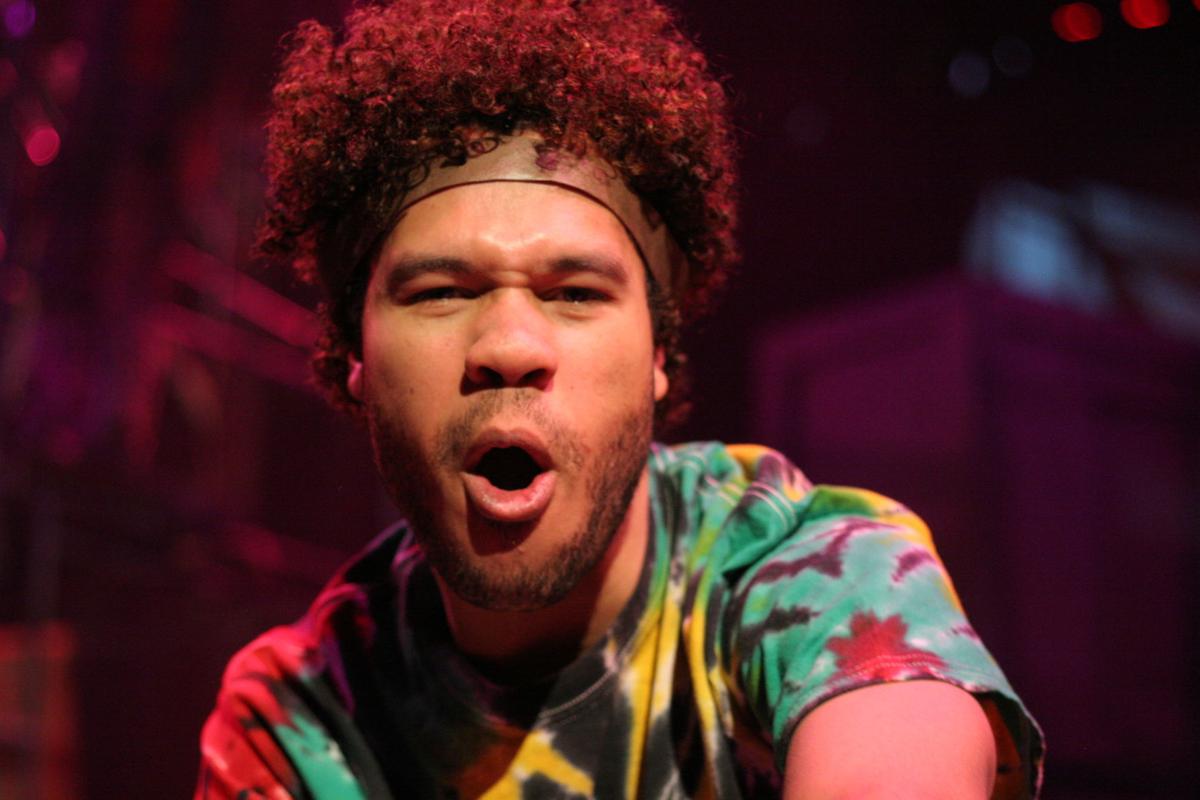 All Theatre UNI performers sing and dance in the show.

CEDAR FALLS – “When the moon is in the seventh house, and Jupiter aligns with Mars …” it will be the 50th anniversary of the rock musical “Hair.” The hippie psychedelic fantasy debuted on Broadway in April 1968 to wild critical acclaim — and public outrage over its celebration of the counterculture anti-Vietnam War movement, peace, love, drugs, rock music, and, of course, nudity.

It ran for 1,750 performances, later with simultaneous productions across the country and a London run of 1,997 shows, spawned top 10 hits, sold 3 million copies of the cast recording and was adapted to film in 1979, according to Wikipedia. “Hair” won awards as best Broadway revival in 2008-2009, and critics observed that the musical “seems, if anything, more daring than ever.”

Now the musical is on the boards at the Strayer-Wood Theatre at the University of Northern Iowa, directed by Amy S. Osatinski, assistant professor of directing. Performances begin Friday at 7:30 p.m. and continue through March 4.

“I think a lot of themes in the show resonate today — the anti-war movement, protest in general, themes about violence, race, love and loving each other in spite of our differences. All of those things ring true today,” Osatinski said.

It’s been challenging to make the show feel fresh and relevant and connect the turmoil of 1968 to the tumultuous here-and-now of 2018, particularly with young performers and some audience demographics. Most students in the cast have no frame of reference to the 1960s except through movies, books and the music, which includes such hits as “Let the Sunshine,” “Aquarius” and “Good Morning Starshine.”

“But it’s amazing that even after 50 years, it feels current and contemporary. I’ve created a new beginning and ending to the show, which makes the connection between decades explicit,” the director said, although she doesn’t want to “give away” any more details.

All 24 cast members sing and dance with a band on stage. Music is being directed by Rebecca Burkhart, professor in the UNI School of Music, and Seth Butler. Choreography is by Mandy Masmar, a UNI dance instructor.

“It’s been a great experience for the cast, and they’ve all risen to the occasion. The sound this cast makes is incredible,” Osatinski noted.

Costumes, too, have been “a real treat. I can tell you I’m grateful when they put their costumes on and are no longer in skinny jeans. You have to wait on skinny jeans because they’re hard to get out of,” she said with a laugh.

And that brings up the musical’s nudity. “Yes, there is nudity in a moment of protest and solidarity, when they begin taking off their clothes. It’s up to each performer to decide to what degree they want to participate. Some will be totally nude, some in their underwear and some will choose not to be on stage. It’s at the end of Act 1, and the lighting will be low and tastefully done,” she explained.

Audiences should also be aware the show contains profanity, simulated drug usage and charged use of language. “Some of it is sort of troubling to the modern ear and modern student, but we haven’t changed very much about it. Anything that’s problematic, we’re doing it in the show,” Osatinski said.

Tickets: $16 for adults and free for UNI students with their UNI ID card, available at Strayer-Wood Theatre lobby box office between noon and 5 p.m., Monday through Friday. The box office opens one hour before curtain time.

Study: Americans don't feel like adults even if they are

Study: Americans don't feel like adults even if they are

CEDAR FALLS-Alan “Al” Louis Jorgensen, 71, of Cedar Falls, died Monday, September 6, 2021. A Gathering of Family and Friends will be from 1 to…

All Theatre UNI performers sing and dance in the show.