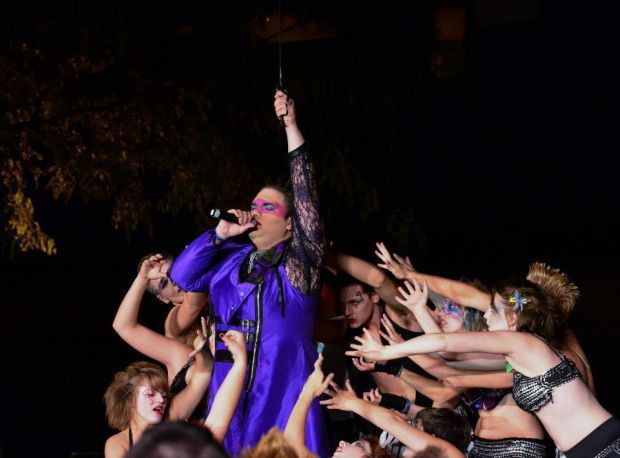 Bryan Allen surrounded by the Misfits in a Sissy’s Sircus performance at Cedar Valley Pridefest August 2013. 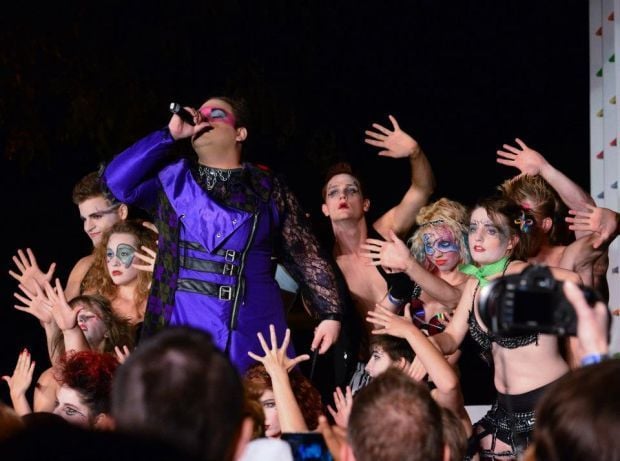 Bryan Allen is surrounded by the Misfits in a Sissy’s Sircus performance at Cedar Valley Pridefest in August 2013.

CEDAR FALLS — It’s been a couple of years, but Sissy Allen wants to remind you you’re sexy.

The drag performer and queen of Sissy’s Sircus has returned to the Oster Regent stage in downtown Cedar Falls after a two-year absence. The drag and burlesque performance group performs through Saturday with “Sissy’s Sircus Presents: Galaxy Mixtape.”

Work, life and other mundane stuff put the show on hiatus, said Bryan Allen-White, who performs as Sissy Allen. Fortunately, the time off didn’t mean people forgot about Sissy or the Sircus. Instead, it built up anticipation for the new show.

“I didn’t plan it like that,” Allen-White said. “But it’s good because the people who’ve seen it so far have said this is a completely different show and they love it.”

Previous shows had an overarching scripted plot interspersed with dance numbers. Those required more work, blocking and elaborate sets. This year, Allen-White wanted to focus on dance numbers and audience participation. It also made putting the show together an easier task.

“We wanted it to be like a concert — a vaudeville concert,” Allen-White said.

A couple of factors led to the change. For one, the last show’s plot revealed the entire run was in Sissy’s head. For another, many of the original Sircus performers and dancers were moving on from the area. In this year’s show, only four of the 12 performers are Sircus veterans. They helped choreograph the show. The other performers were hired through open auditions.

“With that, we closed down the story of Sissy’s Sircus,” Allen-White said. “I wanted a break; it takes a lot of time and effort to put it together.”

However, the theme and message is the same as in past years, Allen-White said.

“My goal is to put a smile on our audiences’ faces and to make them feel sexy,” Allen-White said. “No matter what you look like, what weight you are, whatever, you will always be a sexy beast; you just got to work it.”

Good morning -- 3 things to do today

Good morning, 5 things to do today

Good morning - 4 things to do today

Bryan Allen surrounded by the Misfits in a Sissy’s Sircus performance at Cedar Valley Pridefest August 2013.

Bryan Allen is surrounded by the Misfits in a Sissy’s Sircus performance at Cedar Valley Pridefest in August 2013.