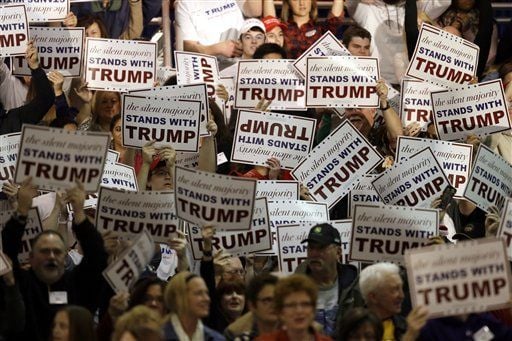 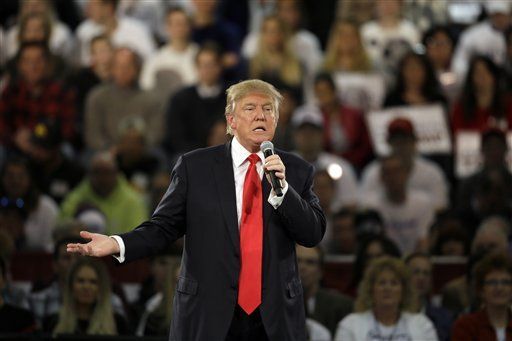 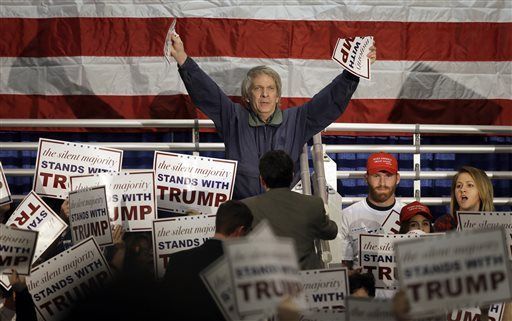 DES MOINES | Republican presidential candidate Donald Trump said Friday he believes a victory in the Feb. 1 Iowa precinct caucuses would put him on a path to secure the GOP 2016 presidential nomination in Cleveland next summer.

“We want to win Iowa so bad because if we win Iowa, I think we run the table, I really do,” Trump told about 2,000 cheering Iowans who packed the Varied Industries Building at the Iowa State Fairgrounds.

“If I win Iowa, I think it’s over,” said the New York entrepreneur, who plans to be in the lead-off state “a lot” in January and on caucus day. “I love you people, remember that,” he told rally attendees, many of whom waved signs bearing the message “The silent majority stands with Trump” and wore red “Make America Great Again” caps.

Trump said he continues to lead in the public opinion polls and each time he makes a controversial statement that causes pundits to say “that’s it, it’s over” his staff comes to him with new survey results showing his popularity has gone up.

“We’re doing well with everybody,” he said, noting that he is pulling support from tea party activists and evangelical Christians in a state where several influential Iowa conservatives have recently endorsed opponent Sen. Ted Cruz, R-Texas.

Trump said he likes Cruz but wondered how he wins Iowa with positions that are “anti-Iowa” on ethanol, noting “he’s got to be with oil” as a Texas senator.

In the wake of terrorist attacks in Paris and San Bernardino, Calif., Trump modified his theme by saying he wants to “make America great and safe again.”

During wide-ranging comments, the GOP front-runner took shots at Democrats Hillary Clinton and President Barack Obama, charging that Clinton has “committed a crime, in my opinion,” and is being protected by the president and Democrats. He expects her to be the Democratic Party’s 2016 presidential nominee, but predicted if she doesn’t win the election “she’s got a problem.”

Asked about published reports indicating Republican Party leaders have discussed how to manage the Republican National Convention next summer if delegates will be called upon to choose the party’s presidential nominee in a brokered convention, Trump said he expected to know in a month or two if the GOP establishment plans to treat him fairly in the nominating process.

Mary Johnson of Norwalk, who came with her husband, Rick, and son, Alex, to hear Trump speak, said she planned to caucus for him Feb. 1.

“I think Trump’s got it right,” she said, noting she has attended two political rallies in her lifetime — both Trump events this year. “I think the whole politically correct stuff — he’s thrown it out the window, and he’s been real and that’s what I like. I don’t feel like he’s telling me what he thinks I want to hear. It sounds like he’s honest.”

Johnson said she did not think she would vote if Trump is not on the ballot. Asked if she thought Trump would make a good president, she said “I don’t think that he can do any worse than what we have.”

Outside the rally, about a dozen Iowans gathered to protest Trump’s appearance in Iowa while one man briefly disrupted the rally inside the fairgrounds’ building before he was removed by security officers while supporters shouted “Trump” and “USA.”

One of the protesters, Susan Lowe, a registered nurse at the Woodward resource center, said the GOP candidate’s economic policies are “out of touch” with what most Americans want.

“The Affordable Care Act has helped insure 30 million Americans. It’s no surprise a candidate like this — who never went without health care — wants to repeal it and throw these people back into emergency rooms and clinics,” she said. 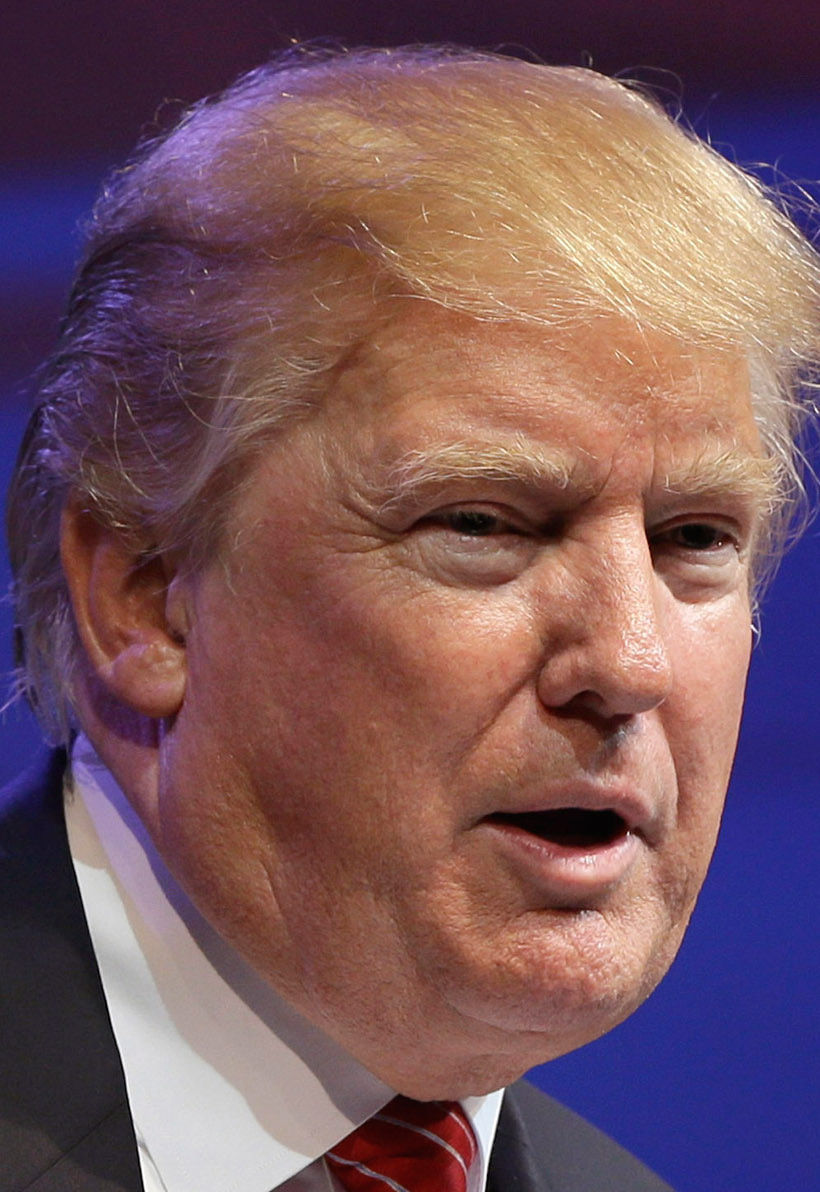