You have run out of free articles. You can support our newsroom by joining at our lowest rate!
Already a subscriber?
Log in or Activate your account.
Loading&hellp
No thanks, return to homepage.

Joel Fitzgerald during a forum for police chief candidates on Tuesday, Feb. 25, 2020. 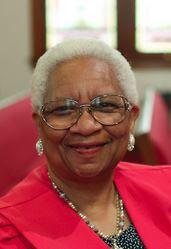 WATERLOO — Local public health leaders believe they have a role in helping end racism and violence in law enforcement.

The Black Hawk County Board of Health met for two hours Friday with the sheriff, five police chiefs, and an Iowa State Patrol lieutenant to talk about how they can work together as demands for police reform continue across the country.

“Although racism in the context of policing is often seen as a criminal justice issue, the reality is that racism in policing disproportionately affects health outcomes and ultimately all aspects of life for Black individuals and people of color,” said the Rev. Mary Robinson, who chairs the health board.

“Racism and police violence are public health crises,” she added. “So how can we begin to help solve them together?”

Robinson’s words are backed by the American Medical Association, American College of Physicians and American Academy of Pediatrics, which have all issued statements declaring racism a public health issue exacerbated by instances of police brutality.

Robinson cited research showing Blacks were three times more likely to die at the hands of law enforcement than whites. But decades of policing in Black communities have perpetuated adverse socio-economic conditions that also lead to severe health issues.

The law enforcement leaders voiced a willingness to work with the health department. Most of them are already working on changes driven by nationwide protests after the death of George Floyd in Minneapolis police custody.

Sheriff Tony Thompson said he hopes the health department can help open up lines of conversation with marginalized communities.

“Where we really have to focus on gaining and earning engagement and to responsibly respond are with those people who don’t want to engage us, who don’t feel comfortable engaging us,” Thompson said.

He noted the COVID-19 pandemic has already helped forge that relationship.

“Probably never before in the history of Black Hawk County has health and law enforcement been so intertwined and so interconnected as we are right now, and as we have been over the last four months,” he said.

Waterloo Police Chief Joel Fitzgerald has been implementing aggressive changes in his department to address procedural justice since he was hired a month ago.

“Now is the time for critical cultural change within police agencies,” said Fitzgerald, who acknowledged past methods of policing has created economic inequality that exists today.

“It keeps the proverbial knee on the neck of certain communities of color throughout the United States,” he said, noting an arrest years ago can impact future generations of the same family.

Several police chiefs at the meeting spoke of how the backlash against law enforcement has been difficult and stressful for them too.

“I’ve been getting it from both sides, being an African American and an officer,” said Hudson Police Chief Dan Banks. “It’s taken a toll on me mentally.”

The chiefs also encouraged those groups calling for change to educate themselves on police responsibilities and spend time looking at reforms already underway.

“We’re willing to take a step back and look at what we’re doing and what we can change,” said La Porte City Police Chief Chris Brecher. “Will you give us that opportunity, give us a chance to look?”

“This is truly a relationship of solidarity so that we can do a better job of serving our communities,” she said. 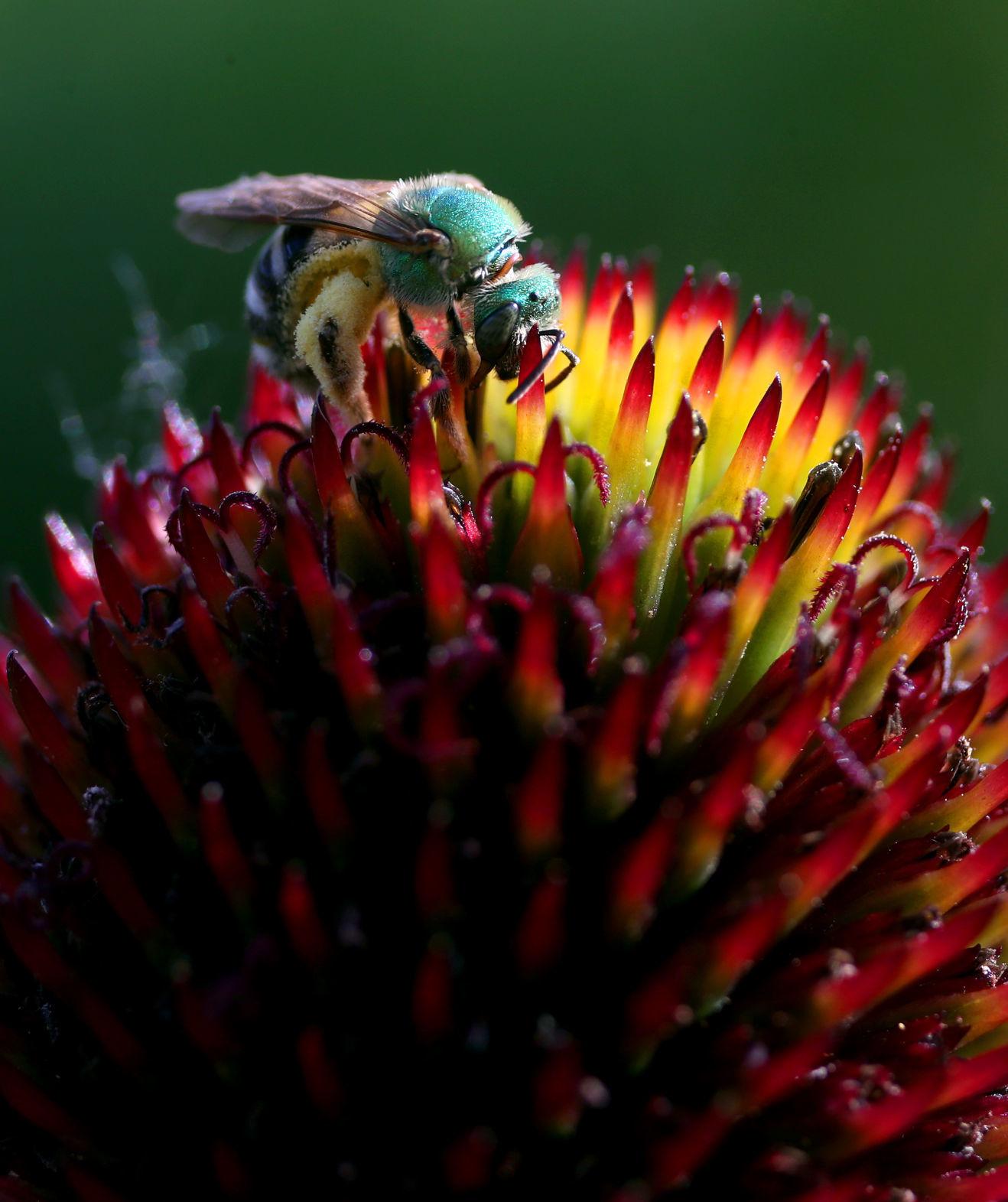 A bee works through a coneflower Saturday at Big Woods Lake in Cedar Falls.

The Evansdale Wastewater Treatment Plant in Deerwood Park needs to be upgraded or moved out of the floodway to meet new Iowa Department of Natural Resources permit requirements.

EVANSDALE — The city has been given more time to consider options for its outdated sewage treatment plant.

Evansdale Mayor Troy Beatty said the Iowa Department of Natural Resources approved a one-year extension to its permit, giving the city until Nov. 1, 2023, to either replace its existing plant or find another alternative.

“This was an ask, on my behalf, to continue to pursue connecting to Waterloo as an option for the city,” Beatty said.

“Waterloo has been a great and involved partner as we explore this potential venture together,” he added. “This could be a huge step for the Cedar Valley in the future.”

The City Council had voted 3-2 last September to build an estimated $13.8 million sewage treatment plant at Highway 20 and River Forest Road. The existing plant is in the flood plain and was unable to meet disinfection and nutrient reduction standards.

Many in the community were unhappy with the decision, which would have required a significant increase in sewer fees, and the move may have played a role in Beatty’s victory over incumbent Mayor Doug Faas in the last municipal election.

Representatives from Waterloo, Cedar Falls, and Evansdale have been exploring the option of regionalizing the Waterloo wastewater treatment plant rather than having each city build their own new facilities. Evansdale sits just across the Cedar River from Waterloo’s plant.

An engineering report from March indicated it would cost just over $7 million for Evansdale to pump waste to the Waterloo plant, although more details needed to be worked out.

A letter from IDNR granting more time for Evansdale to replace its plant also notes the city now has until Nov. 1 this year to determine how it plans to proceed.

Iowa state Rep. Art Staed speaks about the status of events that occurred in the most recent session of the Iowa House of Representatives during a meeting of the Linn County Democrats Central Committee at Gutheridge Park in Hiawatha on June 24.

The novelty of Facebook Live and Zoom meetings has worn off and candidates and voters alike want to meet face-to-face, campaign staffers say.

“I think everyone is chomping at the bit to get back out on the campaign trail,” said Jimmy Peacock, campaign manager for Republican U.S. House candidate Ashley Hinson, who is looking at in-person events after the Fourth of July barring a surge in new COVID-19 cases.

The transition from tele-town halls and other forms of virtual events, however, likely will go slowly. It’s not just a matter of candidates being ready to meet the voters, but voters being ready to get within 6 feet of the candidates.

“I miss it,” Adam Wright of Cedar Rapids said about in-person campaign events while dropping off materials at an in-person meeting of the Linn County Democratic Party Central Committee. Participants were spread out under and around a shelter in Hiawatha’s Guthridge Park. One had a 6-foot pole for social distancing.

But Wright didn’t stay for the meeting — explaining that until the number of COVID-19 cases drops he won’t feel comfortable at in-person events.

“I’m not ready yet, ready to be the canary in the mine,” he said.

About 15 people were physically present for the meeting while others participated via a Zoom connection.

It was JoAnne Beer’s first in-person political meeting in months.

“I’m proceeding carefully. I knew it would be handled properly,” the Fairfax Democrat said. In addition to being spaced out, participants wore masks and hand sanitizer was available.

Six feet away, Bernard Clayton of Cedar Rapids said he’s willing to go to in-person events “but you have to be careful.”

He’s attended Black Lives Matter rallies, but wears a mask and tries to stay on the perimeter of the crowd. “But even outside you’re not absolutely safe,” he noted.

Campaign staffers agree the playing field has changed because of COVID-19. Campaign events likely will be outdoors and with limited numbers of attendees.

When that happens will be determined “by hard data on coronavirus cases and the advice of our public health experts,” Noble said.

However, there are signs that in-person campaigning will return. In her “official” capacity as a congresswoman, Finkenauer made an in-person visit June 22 to various locations in western Dubuque County to look at infrastructure projects. She met with masked local officials in a parking lot before individuals got into their own vehicles for the driving tour, Noble said.

Republican U.S. Sen. Joni Ernst “is thrilled to be able to safely continue her 99-county tour,” campaign spokesman Brendan Conley said. Like other candidates, Ernst is taking precautions to prevent the spread of COVID-19, but “looks forward to more events to come soon.”

Her challenger, Democrat Theresa Greenfield, would like to be “out shaking hands in person, but right now our priority is campaigning virtually to do our part to protect public health and following the advice of the experts who stress that the coronavirus pandemic still is very much a threat,” said spokeswoman Izzi Levy.

The Linn County Democratic Phoenix Club is planning to host Greenfield sometime in July for a Zoom meeting, but may consider an outdoors event, organizers said.

The Progressive Turnout Project, a national field organization, planned to send canvassers door-knocking in Cedar Rapids, Davenport, Des Moines and Sioux City as part of a get-out-the-vote effort that started over the weekend.

But most campaigns are in a holding pattern. Even as they continue to rely on virtual events and phone calls to get their messages out, they are making plans for live events. Campaign staffers say the decision to return to the field will depend in part on what other candidates do. They’re waiting for someone else to go first, one staffer said.

“People are looking forward to getting together with the candidates,” Woolson said. “They want to see things return to normal, but also understand that it’s important to tamp this down. To be cautious.”

Small, backyard events and campaign roundtables where people can be appropriately spaced are mentioned as possible opportunities.

Campaigns have to make adjustments every election cycle, Woolson said. Sometimes it’s issues. Other times its fundraising or the oppositions’ tactics.

“Coronavirus is the grand daddy of all adjustments,” he said.