Skip to main content
You have permission to edit this page.
Edit
Return to homepage ×

Her closure order remains in place in Johnson and Story counties — two college communities that have seen spikes in positive coronavirus cases among young people.

Reynolds’ new proclamation permits bars, taverns, wineries, breweries, distilleries, night clubs, country clubs, or other social or fraternal clubs — including a wedding reception venue — to reopen in the four designated counties. It also removes restrictions on hours alcohol may be sold in restaurants.

The order also clarifies social distancing requirements for bars and restaurants throughout the state.

Reynolds continues to strongly encourage — but not require — all Iowans 2 or older to wear a mask or other face covering in public settings, especially when it is not possible to remain 6 feet away from others outside their household, unless it is unsafe to do so because of health or disability.

She closed bars in the six affected counties last month amid a rise in cases of COVID-19 — especially among people ages 19 to 24 — most notably in college towns where the resumption of fall semester classes was accompanied by crowds of students at bars showing little regard for masks or social distancing.

Reynolds said counties with higher rates of COVID-19 made progress last week in controlling the spread, but she will continue monitoring the trends.

A group of bar owners in Polk and Dallas counties previously sued Reynolds, arguing the governor was unfairly targeting their industry and had given them just a few hours’ notice to shut down, adding to the financial strain their businesses suffered from closures ordered after the coronavirus pandemic hit Iowa on March 8.

But a district judge declined to issue a temporary injunction that would have allowed the bars to reopen. He did allow the business owners to go to trial and argue the order is unconstitutional.

WATERLOO — Mayor Quentin Hart and top city officials highlighted economic development, police reform and the possibility of a city-owned telecommunications utility in a virtual State of the City address Tuesday.

“Even in a COVID year, when we saw our businesses pressed and challenged, we had our community move forward,” Hart said.

Anderson cited the $15.7 million permit for Lost Island Theme Park, a 90-acre amusement park slated to open in 2022. The $100 million development is located across from the Lost Island water park on Shaulis Road.

The planning director said about $20 million in investments went toward the Five Sullivan Brothers Convention Center and adjacent hotel. The former Ramada Hotel underwent a $4 million face-lift to become a dual-branded Best Western Plus and Executive Residency hotel. Work on the convention center continues and will include remodeling the lobby in the coming year.

The city is continuing a construction training partnership with Hawkeye Community College, which builds new homes on vacant lots while training local students in construction work. The first two homes were chosen to be built on the city’s east side.

“Growth in our community is great when it happens, but we can never forget about the neighborhoods that need some support and growth as well,” Hart said. “We must see growth in every sector of the community.”

Hart said he estimates more than 45 new businesses opened in downtown Waterloo in the past couple of years.

Huting expressed excitement about Riverside Skatepark, a $359,000 project near Joe Straub Memorial Field at Park Road and Fairview Avenue. The new location will be safe from Cedar River flooding that destroyed a previous skate park in September 2016.

“You’ve seen me step out and expose myself to citizens within the community — without throngs of police officers around me — actively listening and participating in conversations that are difficult,” Fitzgerald said. “And that’s the expectation, I think, that they want from (the mayor), from me and the public safety in general here in the city of Waterloo.”

Andy Van Fleet, partner for tech company Visual Logic with an office in Waterloo, shared his optimism about prospects for a city-owned telecommunications company to provide internet service to residents.

He said the city’s telecommunications board is close to implementing the plan, which would allow for 1-10 gigabit internet connectivity to residents and businesses for a lower price than offered by current providers.

“This would mean that you’re going to get speeds of 10 to 100 times faster than what we’re currently seeing,” Van Fleet said.

“We know that there is a demand for this, and we know that the citizens of Waterloo deserve better than what we have been providing recently,” Van Fleet said.

Hart and philanthropy advocate Sharina Sallis said they are continuing to create pathways for people from historically marginalized groups to succeed in Waterloo. Hart said he is encouraged to see a rise in young Black and minority professionals in key leadership positions.

“It was not that long ago that people were trying to leave,” Sallis said. “What’s happened is ... people are creating their own spaces, their own avenues — they’re not waiting to be tapped to showcase that they are leaders. They are leading and demonstrating in their own gifts and talents.”

Court officials wearing rubber gloves handed out the transparent piece of personal protective equipment to potential jurors who showed up Tuesday as the county prepared for its first criminal jury trial since the coronavirus pandemic shuttered government offices in March.

Noticeably missing from the jury selection experience are the clogged parking lots, lines at the check-in counter and packed courtrooms.

“It’s very much geared toward the jurors,” said Arnell Ernst, the county’s clerk of court.

Instead, voir dire — the examination of prospective jurors by prosecutors and defense attorneys — was done in shifts about two and a half hours apart. People were scheduled to arrive at the courthouse 15 at a time. Following the question-and-answer session, court workers wiped down the benches in preparation for the next group of 15.

People in the jury pool are in the courthouse for a shorter period of time than pre-COVID jury selection.

“You go home for the day, and at the end of the day, we let you know if you are actually selected,” Ernst said.

Those chosen to serve on the jury will be notified by phone, text or email.

Even those who aren’t chosen can keep the face shield.

There will be more differences once the trial starts.

The jury box will remain empty, and jurors will be socially distant when seated in the front rows of the gallery.

“We wouldn’t be able to, with the 12 seats, actually seat all of them up there (in the jury box). Being seated in the gallery is going to allow them to be able to keep that six-foot distance,” Ernst said.

Spectators will be seated in the gallery’s back rows.

Ernst said improvements have been made to the courtroom microphones and sound system.

“I think sound is the biggest concern we have, making sure everybody can hear everybody,” she said.

Sidebars — in which the jury normally is sent out while the attorneys and judge argue points of law — will be conducted in a side room; the jury will remain in the courtroom.

During deliberations the courtroom will become the jury room, with everyone else cleared from the room until panelists reach a verdict.

Afterward, participants can fill out a survey to provide feedback on the process.

Most of the changes came from a batch of pilot trials held in different counties across the state in August. 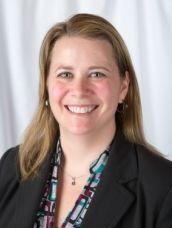 CEDAR FALLS — Cedar Falls Community Schools is apparently dealing with a very limited number of positive COVID-19 cases at the start of the fourth week of classes.

While the district is not publicly releasing those statistics, a spokeswoman did give some insight into the current number of cases during Monday’s Board of Education meeting.

Janelle Darst, director of the communications and community relations, addressed the online dashboards some area school districts and higher education institutions use to make that information public.

“We have less than five cases in the district,” she told the board. “And when you say that, it’s pretty easy to determine possibly who that person is.

“So we’ve had lots of challenges of trying to be transparent and share information with people, but also we want to try and protect people’s privacy,” Darst added. “It’s a real difficult balance for us.”

Superintendent Andy Pattee noted rumors get started when someone isn’t in school, but many of those cases are due to symptoms that may or may not be associated with the coronavirus. Students are sent home even if they have “low risk” symptoms likely unrelated to the disease.

He added that not releasing the statistics is in line with the Black Hawk County Health Department’s recommendation.

“Until they get the guidance from the Iowa public department of health in writing that says what can be shared and what should be shared, they’re recommending districts not release that, at least in Black Hawk County,” said Pattee.