Dustin Johnson pumps his fist after wining the the Masters golf tournament Sunday.

CEDAR FALLS – Nearly stripped of colorful fall leaves, tree branches shiver against the wind on a chilly fall afternoon at Hartman Reserve Nature Center. A Downy woodpecker flies in for an energy boost at a suet feeder. 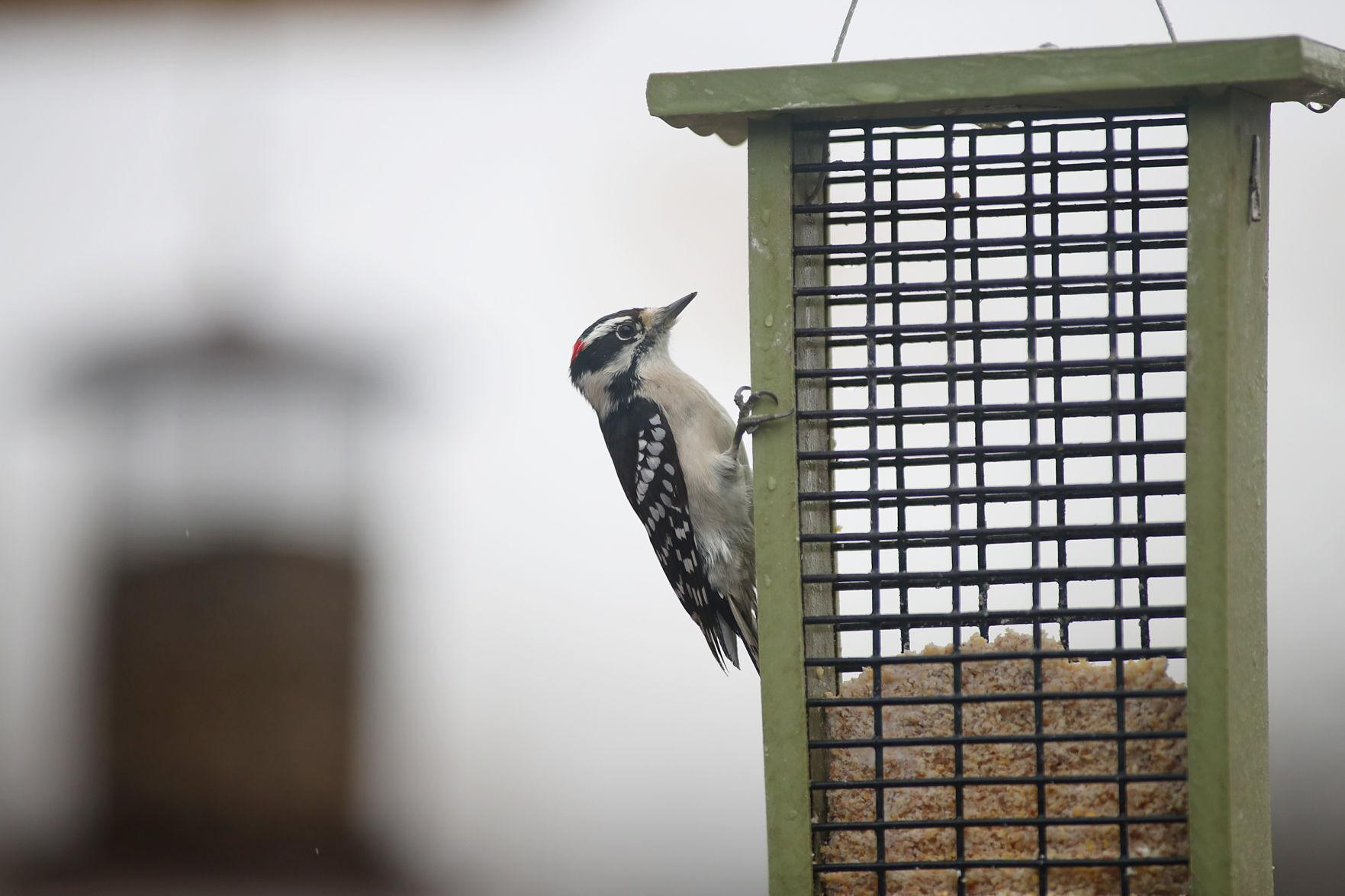 A Downy woodpecker lands on the suet feeder at the newly renovated bird feeding area behind Hartman Reserve Nature Center.

He’s not alone. There are enough bird and suet feeders up to keep lines moving when resident and migratory birds fly in for a seed meal or snack-to-go, especially since Mother Nature has slapped a “closed for the season” sign on the insect buffet.

Next year, human visitors will be able walk along a meandering brick walkway and bird watch through the newly renovated bird feeding and pollinator garden on the west side of the Nature Center. Meanwhile, the “Bricks for Birds” campaign is in full flight.

The public can purchase custom-engraved bricks now for the ADA-accessible walkway to be built in spring 2021. Funds raised will directly support feeding the birds and any maintenance required, said Katie Klus, a Hartman Reserve naturalist.

“Purchasing a brick is an excellent way to commemorate a family member, and it can be great gift for the holidays, especially for people who spend time outdoors and value it. It’s a great way to contribute and maintain this area for wildlife,” she said.

Bricks are available in 4- by 8-inch and 8- by 8-inch sizes. There are several prices, based on the selected size and whether engraving is simply script, such as a family name, or also includes a graphic, such as a heart or bird silhouette.

The campaign will continue “until we run out of bricks. We wanted to kick off the campaign now and have stacks of bricks engraved and ready to install this spring,” Klus said.

Accessible to wheelchairs, the path will begin at an existing sidewalk and wind through the area where a deck was demolished when the nature center underwent remodeling several years ago. 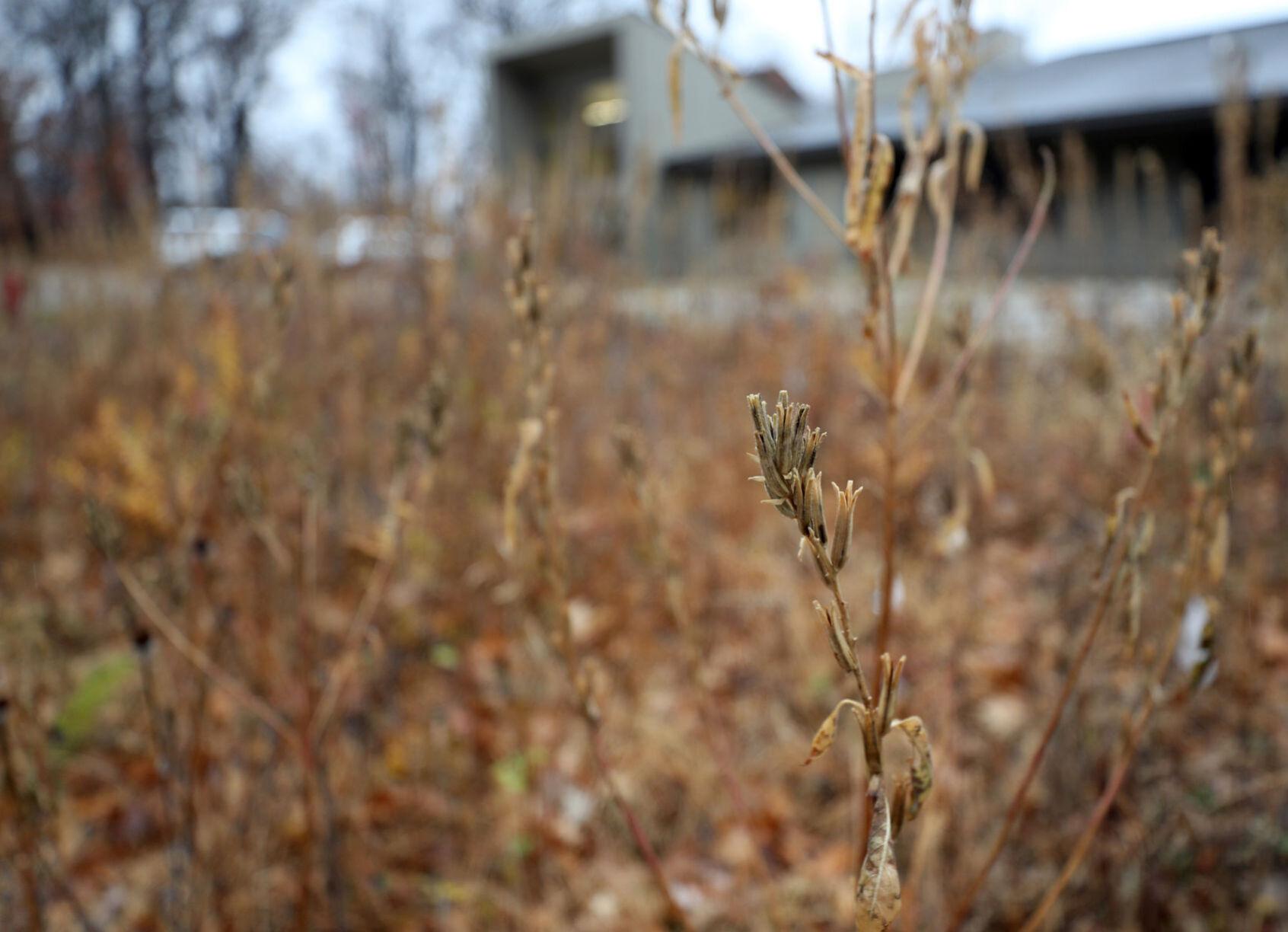 Native plant species, such berry-producing serviceberry shrubs, will surround the walkway and support wildlife and hundreds of pollinator species, including butterflies and moths (and caterpillars), bees, beetles and other insects.

The birding and garden area will become a teaching tool to show homeowners how to develop an urban landscape for native wildlife. An interpretative plan will offer activities and demonstrations for both children and adults.

Hartman Reserve is recognized by the National Audubon Society as an “important bird area” with more than 150 bird species recorded through Cornell Lab of Ornithology’s “eBird” citizen science initiative.

“People are surprised at the variety of birds that come through Hartman Reserve. We have the pileated woodpecker which is the size of a crow with a big red Mohawk on top, and a variety of migratory and rare birds like the tiny warbler species,” Klus explained.

As winter ends and the life cycle begins anew, visitors can get a close-up view of birds raising their young through live nest cams. 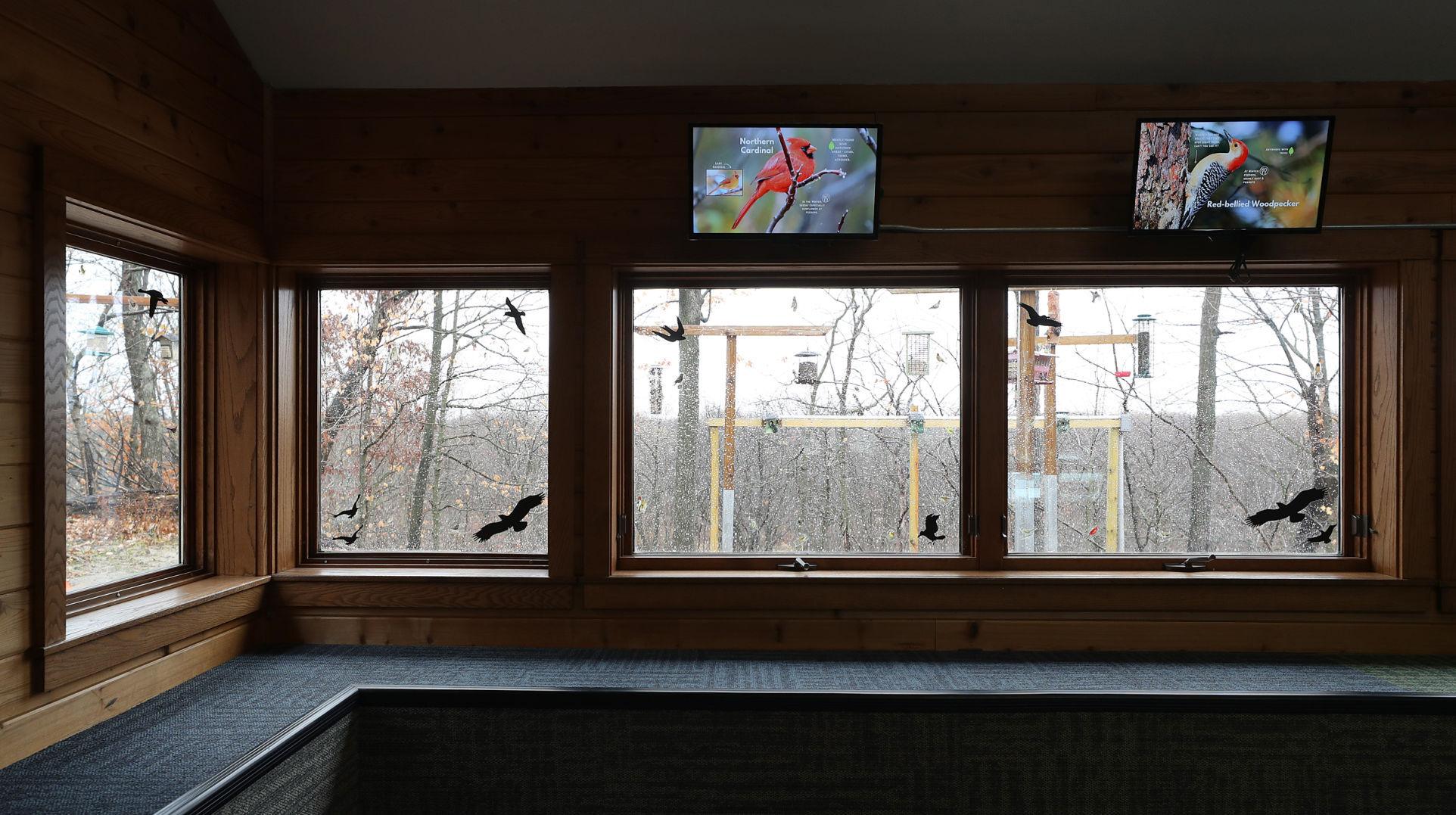 For information on purchasing bricks for the walkway, go to https://www.hartmanreserve.org/bricks-for-birds.html, or call Gretchen at 277-2187.

Johnson County precinct election officials check voters in before they cast their ballot on Election Day at Carver-Hawkeye Arena on the University of Iowa campus in Iowa City.

Despite painstaking efforts to keep election sites safe, some poll workers who came in contact with voters on Election Day have tested positive for the coronavirus, including more than two dozen in Missouri and others in Iowa, New York, Indiana and Virginia.

In Cedar Rapids, which is in a county considered a national virus hot spot, an election official who worked an early voting site later tested positive.

“I’m actually surprised that we don’t have more cases,” said Linn County Election Commissioner Joel Miller, who noted that several county workers in his building tested positive in the last week. “It actually seems kind of far-fetched that we didn’t have more, but they might not be reporting it to us.”

The infections cannot be tied definitively to polling places. Because COVID-19 is spreading rapidly in the U.S., there is no way to determine yet whether in-person voting on Election Day contributed to the surge, public health experts said.

Still, the infections among poll workers raise concerns because of how many people passed through voting sites, which implemented social-distancing rules, erected protective barriers and stocked sanitizer, masks, gloves and other safety gear. In most places, poll workers were required to wear masks.

The cases emerged while election workers continued counting thousands of ballots. As a hand tally of the presidential race began in Georgia, the state’s top election official placed himself under quarantine after his wife tested positive for the coronavirus.

Election workers in Jackson County, Missouri, which includes Kansas City, seem to be the hardest hit so far, with about 28 staffers testing positive in the past couple of weeks.

Tammy Brown, head of the Jackson County Election Board, said her staffers urged voters who felt ill to avoid coming inside, though she suspects not everyone listened. The board dealt with nearly 200,000 voters, including more than 60,000 who cast early ballots.

“We, as election officials, all knew we were at risk,” Brown said. “I don’t think this was shocking to any of us.”

With transmission rates high in Missouri, health officials are not ready to link the cases to polling places. They say the workers could have become infected anywhere.

The county offered drive-thru voting for people with COVID-19 or who were quarantining because of contact with someone who was infected. When part-time workers became ill, full-time election board staff worked the drive-thru line.

It’s difficult to trace cases back to polling places because the virus manifests in different ways, and some people never get symptoms. Infections also are spiking as people gather with extended family or friends and return to more crowded public settings.

The U.S. on Sunday surpassed 11 million confirmed COVID-19 cases, with the most recent million coming in less than a week, according to Johns Hopkins University. The virus has now killed more than 246,000 people in the United States, and the disease is spreading faster across the country than at any time since the pandemic started.

While that spread increases the likelihood poll workers may have contracted the disease elsewhere, there have been calls for their co-workers to quarantine and voters to be tested as a precaution.

In New York, more than 1,600 people who voted at a site in the Hudson Valley on Election Day have been advised to get tested after a poll worker tested positive. Officials said colleagues who had sustained contact with the worker will be tested, but they described the risk to voters as minimal because the person wore a mask, kept distance and followed other safety measures.

Similarly, officials in Virginia’s Carroll County said two poll workers in different precincts have tested positive. A health official said that because both were in their infectious periods on Election Day, testing has been offered to workers and voters.

It could be several weeks before the effect of in-person voting nationwide is known. Polling places that used safety measures could have greatly minimized transmission rates, perhaps making them less risky than going to a restaurant with friends, said M. Kumi Smith, an assistant professor with the epidemiology division at the University of Minnesota.

“A super-spreader event is a lot easier to identify when you’re still at an early stage of an epidemic or when there’s a really discrete event that’s really unlike anything else that anyone else is doing,” she said. “But given the real range of activities that are going on here, I would probably be a little bit more skeptical of someone who declares that this is definitively a super-spreading event.”

No major reports of safety lapses or risky voting conditions have emerged.

States had varying rules for masks. But even in places with mandates, officials balked at requiring face coverings while voting. Instead, they opted for a strong recommendation or offered options such as curbside voting or booths away from others.

In Indiana, a poll worker who later tested positive did not show symptoms, practiced social distancing and “wore a mask at all times” on Election Day, said Bartholomew County Clerk Jay Phelps. As a precaution, seven colleagues are quarantining for two weeks.

He said election officials spent a lot of time and money making polling places as safe as possible. Poll workers wore masks, and machines, tables and doorknobs were constantly sanitized.

“We worked really hard to make sure that every polling location had protocols in place,” Phelps said.

This story has been corrected to show that Jackson County includes Kansas City, not just the Kansas City suburbs.

Associated Press coverage of voting rights receives support in part from Carnegie Corporation of New York. The AP is solely responsible for this content. 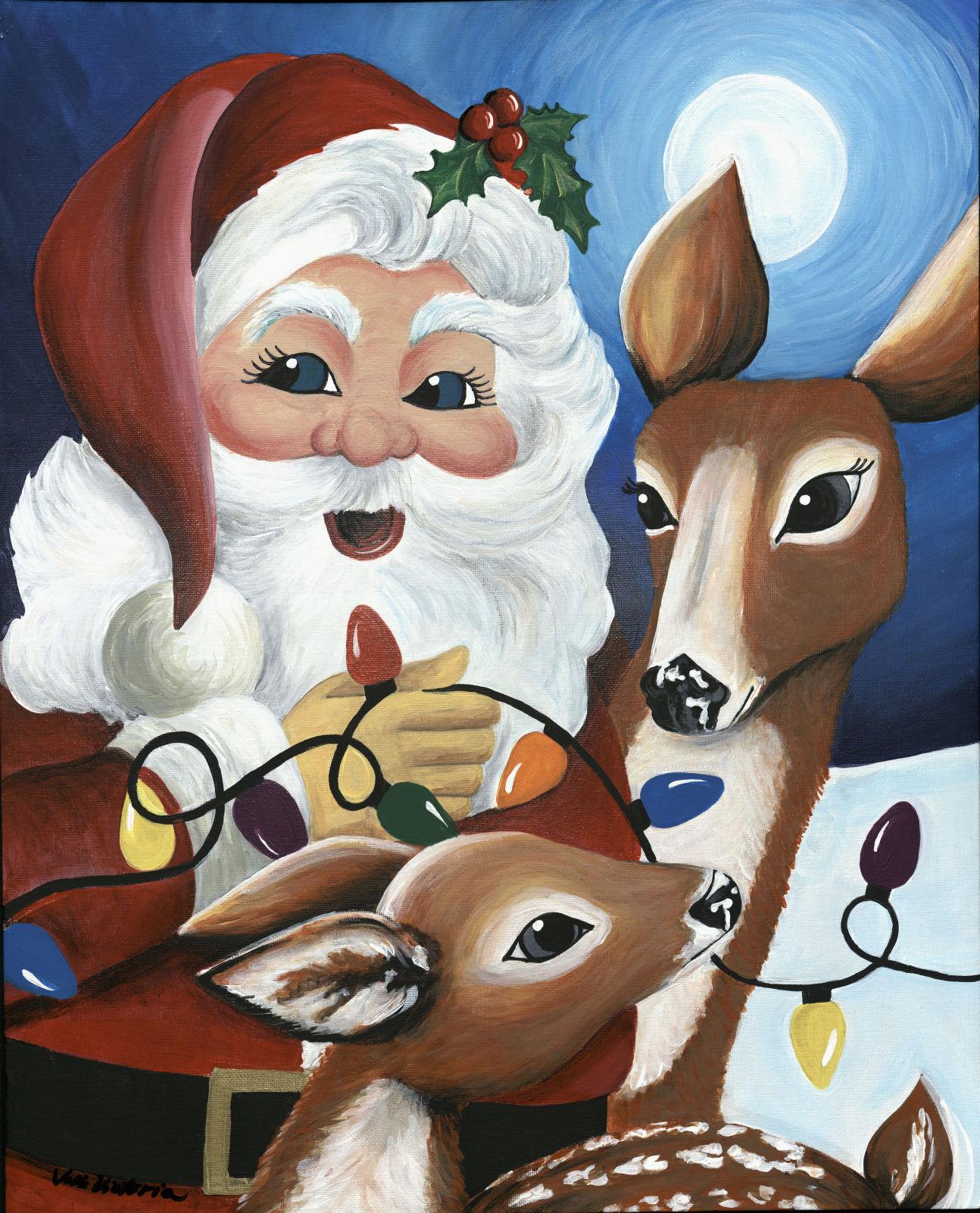 Jodie Victoria's 'Merry and Bright,' acrylic on canvas, is theme for the 32nd annual Festival of Trees, Nov. 18-22, at the Gallagher-Bluedorn Performing Arts Center. 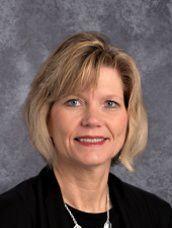 WATERLOO — Hoover Middle School students are moving to virtual instruction for the next week as officials deal with higher staffing shortages due to COVID-19 than at other district buildings.

“This decision will provide flexibility among our staff so that we can continue instruction for Hoover students,” Waterloo Community Schools Superintendent Jane Lindaman told The Courier Sunday.

Hoover is the only district school that has gone to completely online learning. The staff shortages relate to people testing positive for the coronavirus and others quarantining after potential exposure.

“There are other absences for other reasons, but the current staff shortage came about by staff needing to isolate/quarantine,” said Lindaman. The percentage of Hoover’s 98 staff members who were absent “hovered between 20 and 30” during the past week. Earlier in the week, she noted it was mostly support staff such as paraeducators, custodians and kitchen workers but that had “shifted to core classroom teachers” by Friday.

“We were kind of maybe hanging by a thread to make it work,” said Lindaman. In order to allow staff to recover, “we knew we needed to move to virtual.”

A broader coordinated approach to temporary online learning may be coming in the next week, the superintendent hinted. “We are working with leaders all across the county, not only school but city leaders,” said Lindaman.

Hoover parents were informed on Friday of the change at their school. It follows a week during which the building was in “a more restrictive phase of mitigation” as cases grew, she said. Sports were cancelled and cleaning of the building was scaled up as staff and families were asked to be more cautious about the possibility of exposures.

“The current teachers will work together to do a combination of online teaching and offline lessons/assignments,” said Lindaman. For the most part, live online instruction will take place during the scheduled morning and early afternoon times. Afternoons will be used for students’ offline assignments and teacher planning time.

It won’t always be a student’s assigned teacher providing the online instruction due to the shortages, she noted. Parents have told Lindaman that some teachers sent out assignments to students through their school accounts during the weekend to prepare for the switch to online learning.

Students and parents can contact school staff and administration or the district with questions. Hoover’s number is (319) 433-2830.