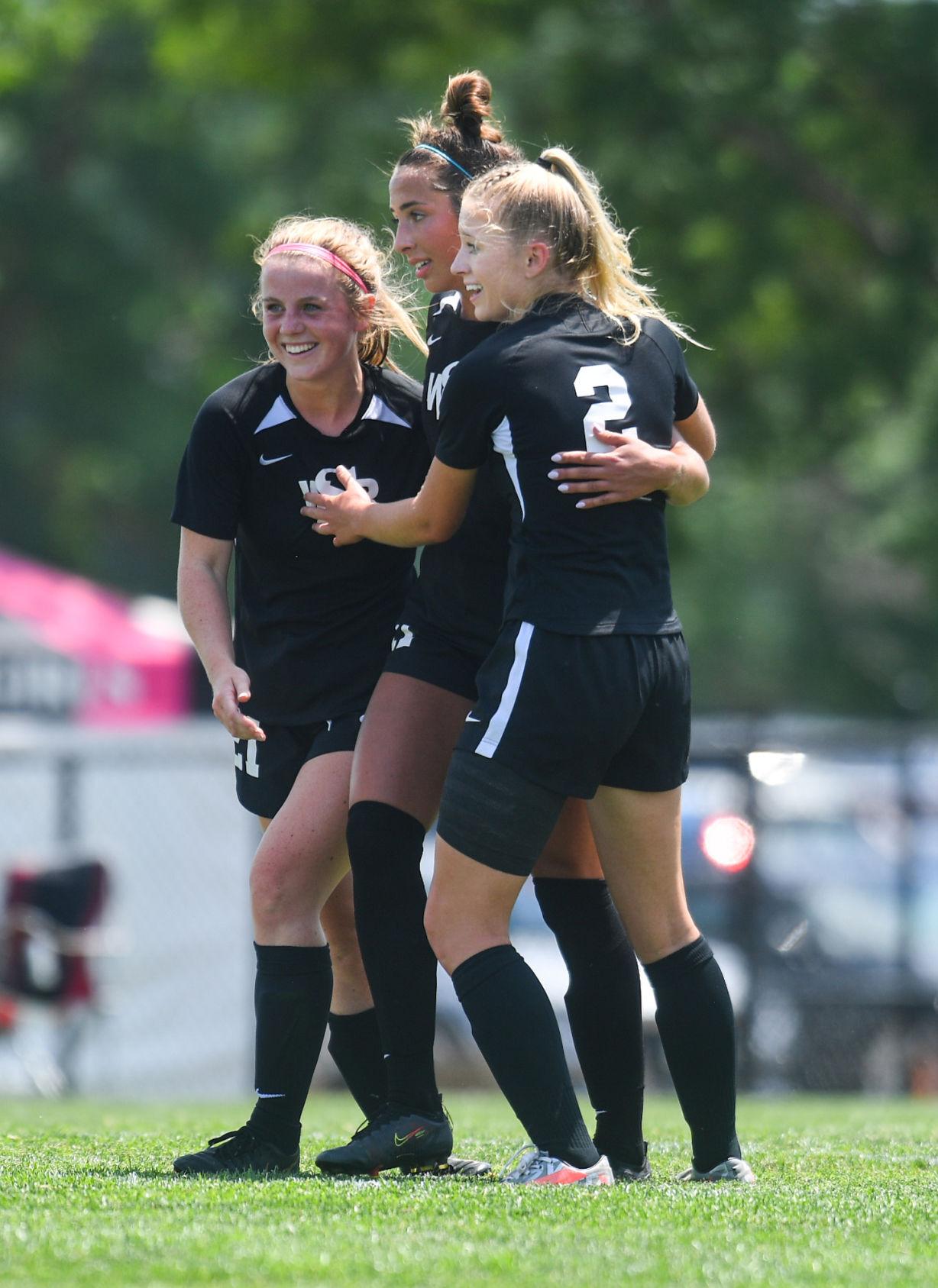 The property at 2101 Kimball Ave. and the adjacent address on Ridgeway Avenue have been mostly vacant for years.

WATERLOO — Plans are in the works to tear down the Kimball Ridge Center to make way for new commercial development.

The property at 2101 Kimball Ave. and the adjacent address on Ridgeway Avenue have been mostly vacant for years. 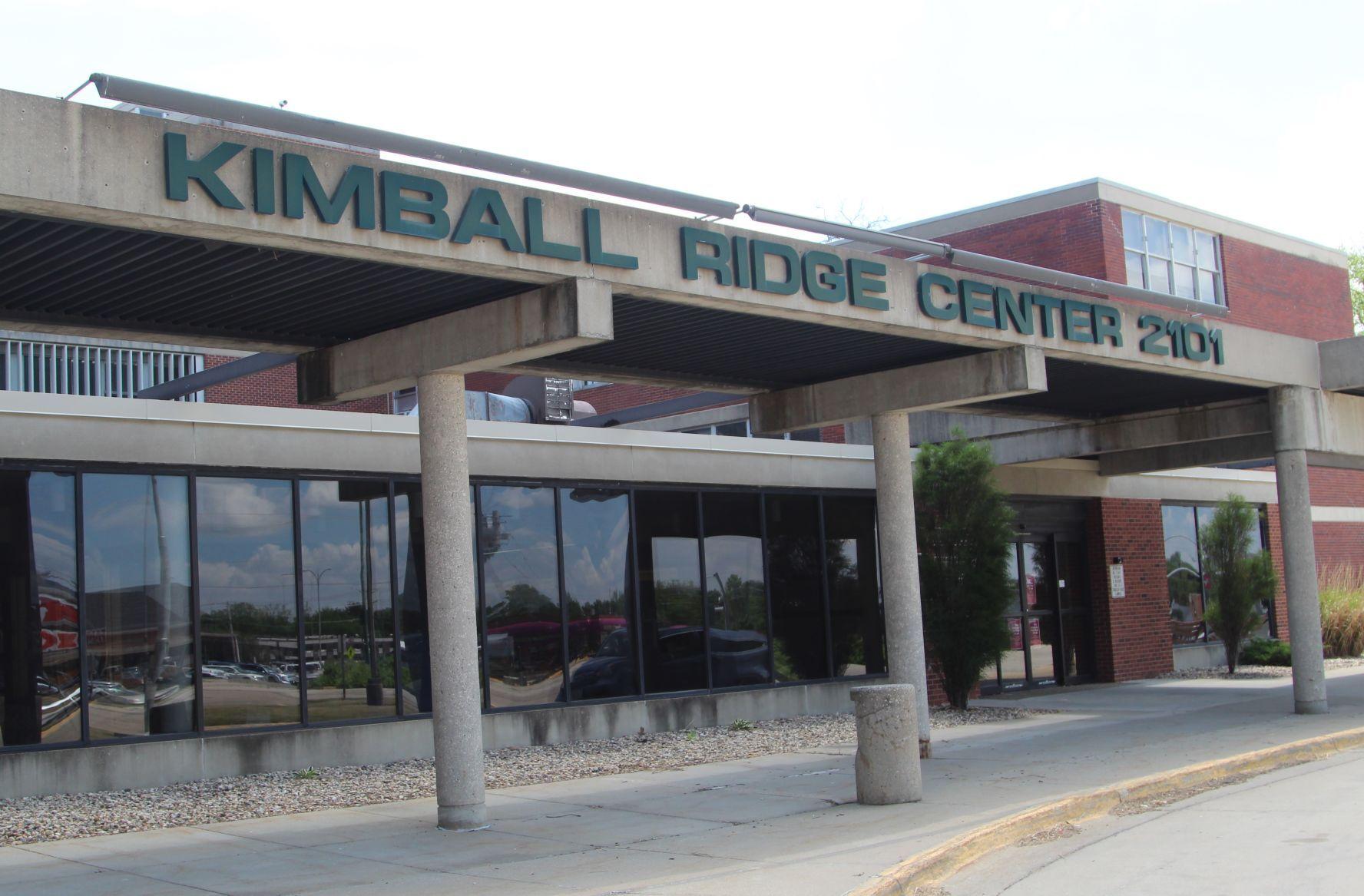 On Tuesday the Waterloo Planning, Programming and Zoning Commission approved a request to rezone the land to allow for a shopping center.

The rezoning request will move to the City Council for further approval pending a study to see what the project would mean for traffic in the area. 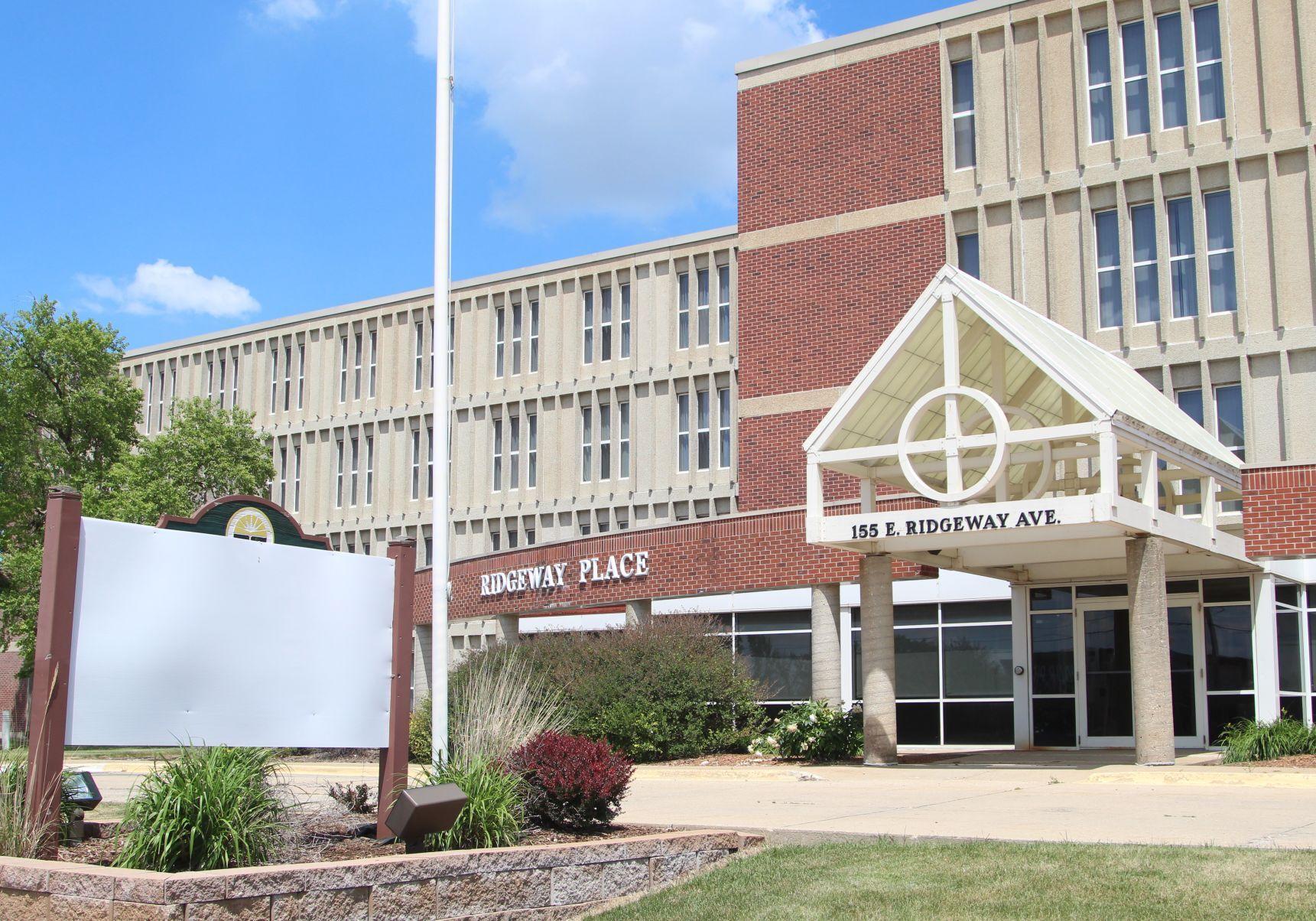 “We’ve been working on this project for a couple of years and have taken a couple of shots at trying to make the project work. I think we’ve made some good traction along these lines,” said Jeff Stickfort, a contractor working with C-10 Investments LLC, which made the rezoning request.

“I think it’s great to have development in that area because it has sat for a while, and I think it will be a betterment for the area,” said commission member Sue Flynn.

Formerly Schoitz Hospital, the building recently had been the location of Ridgeway Place assisted living and a rehabilitation and fitness center, all of which have moved to new locations. Last year, the site housed a temporary COVID-19 testing facility.

The plan calls for rezoning about six acres and removing the main structure. The MercyOne medical arts building northwest of the site would remain, according to the plan.

The site would be subdivided into three lots, and five buildings would be built following demolition.

Jim Lind, who operates a gas station and auto repair garage across the street, asked about any effect the development would have on storm water drainage in the area during Tuesday’s commission meeting.

Documents show the site currently has a private storm drain, and the zoning recommendation indicates that a drainage plan would be required for any development on the site. 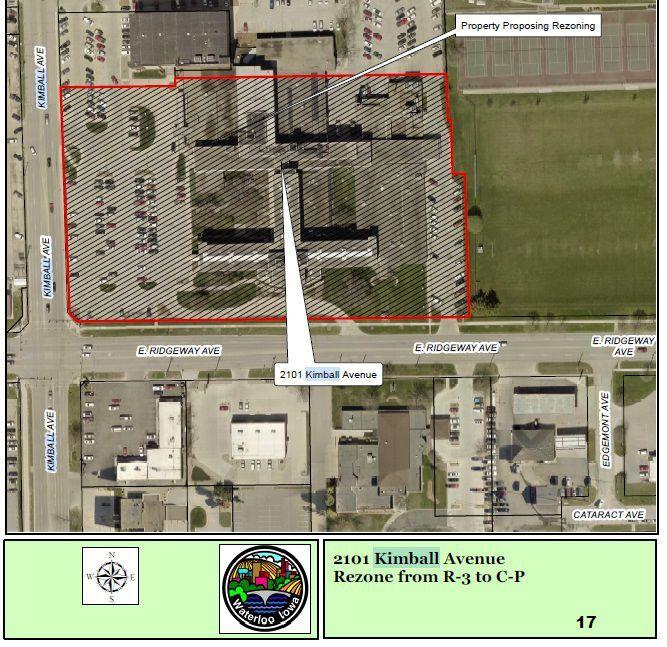 Lind also asked if the property would be eligible for tax increment financing incentives.

“I am very supportive of having some neighbors across the street again like we had for many years, and we certainly want to see that again. We just worry about our tax dollars,” Lind said.

City officials said the location currently isn’t in a TIF district, but that existing districts could be expanded to include the land.

Stickfort said a tunnel under Ridgeway Avenue that leads to the former hospital property would be filled in as part of the project.

“The primary reason for this is if the tunnel were to collapse, we would end up with an 8-foot hole in the street,” he said. He said part of the operation would be done underground without disturbing the surface.

WATERLOO – The time has come. Doughy Joey’s Peetza Joynt is re-opening its doors to the public today.

Owners Andrew Howe and Alison Blake have taken the leap from managing the Cedar Falls Doughy Joey’s to owning their own store.

“It’s pretty stressful now, but I think it will be fun,” Howe said.

The popular restaurant has returned to a familiar location at 300 W. Fourth St. in downtown Waterloo. The location is Doughy Joey’s original home.

Doughy Joey’s Cedar Falls location at 126 Brandilynn Blvd. closed after a decade in June 2020. The building was torn down to make way for a new Dupaco Community Credit Union branch. The downtown Waterloo restaurant closed in 2014 after 13 years on Fourth Street, and the building has been vacant.

Repainted walls, new floors and seating, and an expanded kitchen ensure they are ready to take on the menu from the Cedar Falls location, which had more options than the former downtown location. There is multilevel seating and a party room, as well. 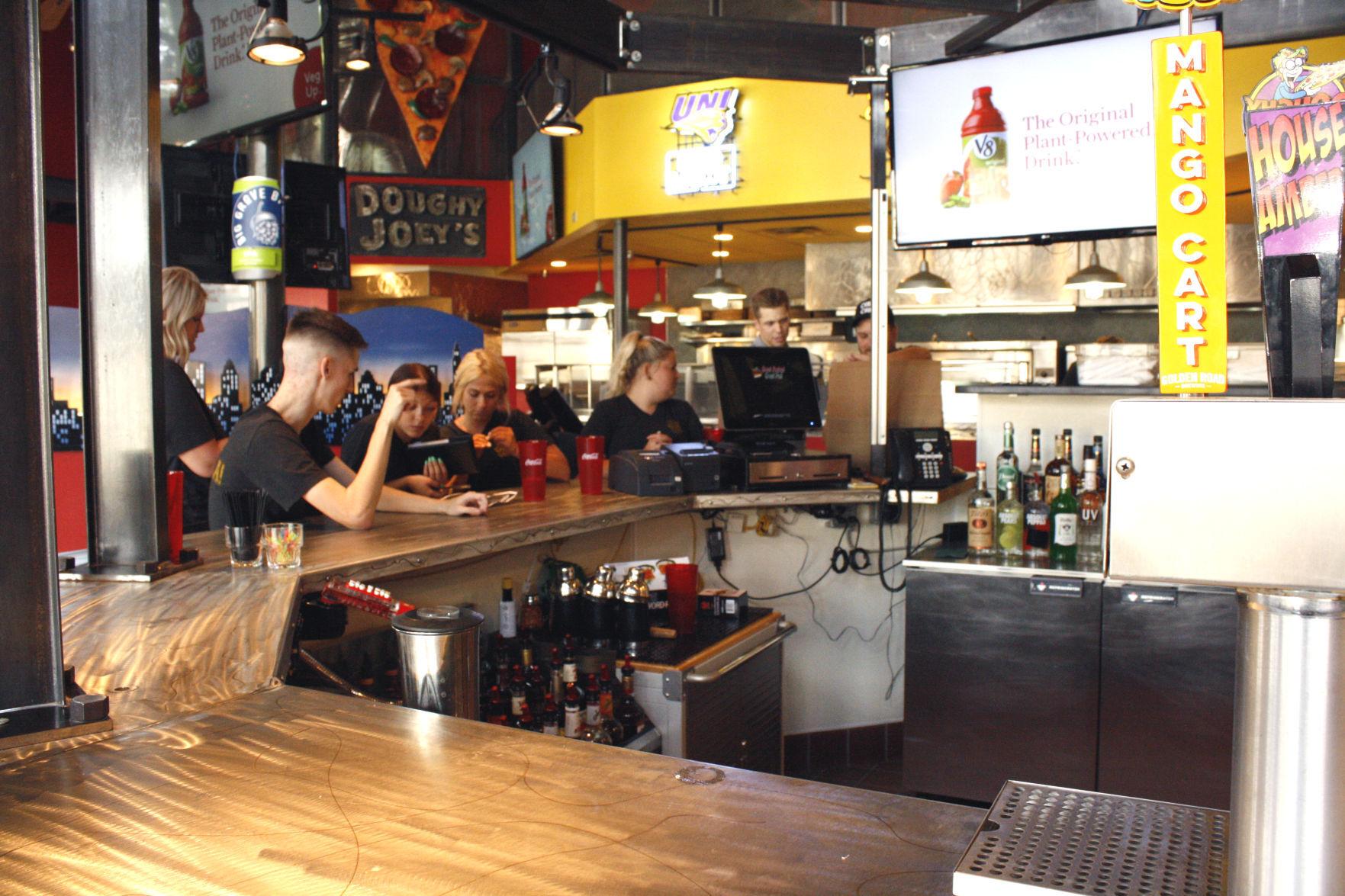 Staff prepare for a soft opening of Doughy Joey's Peetza Joynt on Wednesday at 300 W. Fourth St. in downtown Waterloo.

Blake said they are fortunate to have several employees return from the Cedar Falls location.

“That’s been very, very helpful,” she said. “Some of them were students and just went home for a while (during the pandemic) and have now returned.”

Like many other Cedar Valley restaurants, they are struggling to find workers. They’ve hired 25 employees so far, but could use another 10 staff members.

When asked how many hours per week they’ve been preparing for the opening, Howe said, “All of them.”

Landau made Howe an offer after the Cedar Falls real estate deal was completed in July 2020. “My wife and I wanted to downsize. We have too much going on. I offered my manager, Andrew, who had been with me for 12 years, a licensing agreement. He’s capable. It’s not a franchise; it’s a license to operate the business. It’s fully his restaurant, and I have nothing to do with it,” Landau told The Courier last year. 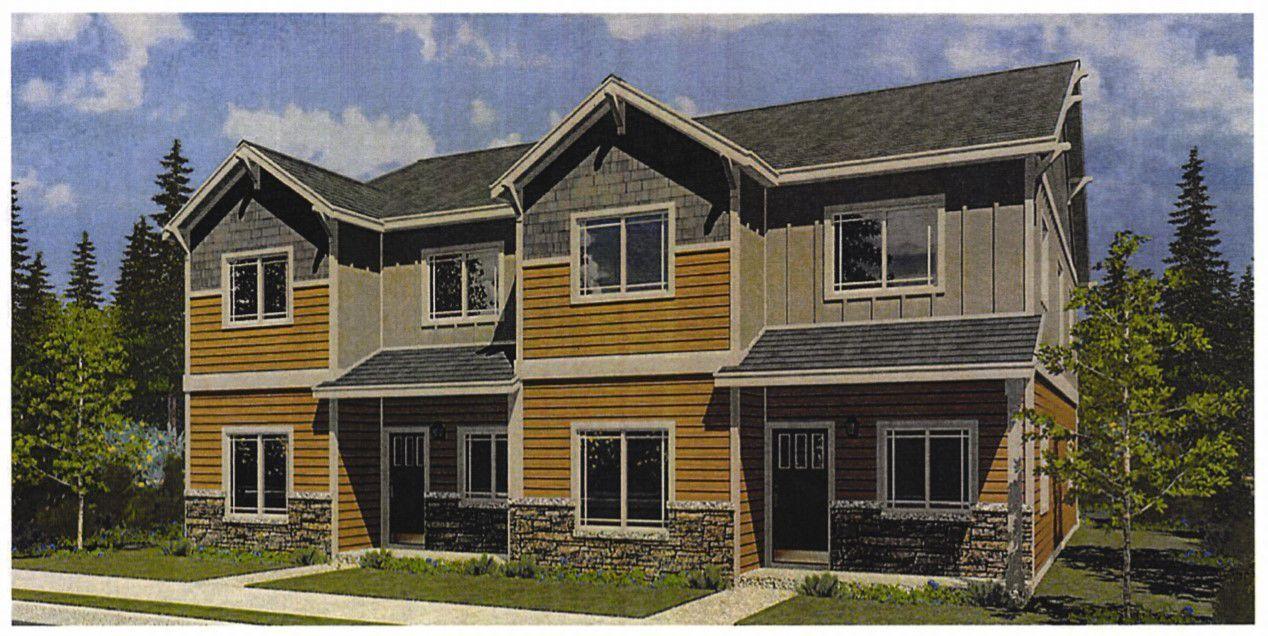 An example of a proposed townhome that city staff included in their packet to illustrate what could be built on the former Washington Irving school site during the Waverly City Council meeting May 3.

Pipes to be used for the Keystone XL pipeline are stored in a field  Dec. 18, 2020 near Dorchester, Neb. Calgary-based TC Energy, sponsor of the Keystone XL crude oil pipeline, said Wednesday that it was pulling the plug on the contentious project.

BILLINGS, Mont. — The sponsor of the Keystone XL crude oil pipeline pulled the plug on the contentious project Wednesday after Canadian officials failed to persuade President Joe Biden to reverse his cancellation of its permit on the day he took office.

Calgary-based TC Energy said it would work with government agencies “to ensure a safe termination of and exit” from the partially built line, which was to transport crude from the oil sand fields of western Canada to Steele City, Nebraska.

Construction on the 1,200-mile pipeline began last year when former President Donald Trump revived the long-delayed project after it had stalled under the Obama administration. It would have moved up to 35 million gallons of crude daily, connecting in Nebraska to other pipelines that feed oil refineries on the U.S. Gulf Coast.

Canadian Prime Minister Justin Trudeau had objected to the move, raising tensions between the U.S. and Canada. Officials in Alberta, where the line originated, expressed frustration in recent weeks that Trudeau wasn’t pushing Biden harder to reinstate the pipeline’s permit.

Alberta invested more than $1 billion in the project last year, kick-starting construction that had stalled amid determined opposition to the line from environmentalists and Native American tribes along its route.

Alberta officials said Wednesday they reached an agreement with TC Energy, formerly known as TransCanada, to exit that partnership. The company and province plan to try to recoup the government’s investment, although neither offered any immediate details on how that would happen.

“We remain disappointed and frustrated with the circumstances surrounding the Keystone XL project, including the cancellation of the presidential permit for the pipeline’s border crossing,” Alberta Premier Jason Kenney said in a statement.

The province had hoped the pipeline would spur increased development in the oil sands and bring tens of billions of dollars in royalties over decades.

Climate change activists viewed the expansion of oil sands development as an environmental disaster that could speed up global warming as the fuel is burned. That turned Keystone into a flashpoint in the climate debate, and it became the focus of rallies and protests in Washington, D.C., and other cities.

Environmentalists who had fought the project since it was first announced in 2008 said its cancellation marks a “landmark moment” in the effort to curb the use of fossil fuels.

“Good riddance to Keystone XL,” said Jared Margolis with the Center for Biological Diversity, one of many environmental groups that sued to stop it.

On Montana’s Fort Belknap Reservation, tribal president Andy Werk Jr. described the end of Keystone as a relief to Native Americans who stood against it out of concerns that a line break could foul the Missouri River or other waterways.

Attorneys general from 21 states had sued to overturn Biden’s cancellation of the pipeline, which would have created thousands of construction jobs. Republicans in Congress have made the cancellation a frequent talking point in their criticism of the administration, and even some moderate Senate Democrats including Montana’s Jon Tester and West Virginia’s Joe Manchin had urged Biden to reconsider.

Tester said in a statement Wednesday that he was disappointed in the project’s demise, but made no mention of Biden.

Wyoming Sen. John Barrasso, the top Republican on the Senate energy committee, was more direct: “President Biden killed the Keystone XL Pipeline and with it, thousands of good-paying American jobs.”

A White House spokesperson did not immediately respond to a request for comment on TC Energy’s announcement. In his Jan. 20 cancellation order, Biden said allowing the line to proceed “would not be consistent with my administration’s economic and climate imperatives.”

TC Energy said in canceling the pipeline that the company is focused on meeting “evolving energy demands” as the world transitions to different power sources. It said it has $7 billion in other projects under development.

Keystone XL’s price tag had ballooned as the project languished, increasing from $5.4 billion to $9 billion. Meanwhile, oil prices fell significantly — from more than $100 a barrel in 2008 to under $70 in recent months — slowing development of Canada’s oil sands and threatening to eat into any profits from moving the fuel to refineries.

DES MOINES — Demand for vaccines in Iowa has dropped dramatically in recent weeks with the state ordering fewer doses each week and sliding downward in its national ranking of fully vaccinated people.

Iowa ordered 2,450 doses for this week with 16 out of Iowa’s 99 counties requesting doses, Iowa Department of Public Health spokeswoman Sarah Ekstrand said. Last week the state ordered 5,210 doses and the week before 7,850 doses.

State public health officials have decided to no longer automatically allocate doses to every county each week and instead will survey the counties and determine the need for each week and order only that amount, Ekstrand said.

Iowa has been slipping in its ranking among states for the percentage of the population fully vaccinated. Iowa ranks 21st in the nation with 1.4 million people, or 44.9% fully vaccinated, according to the U.S. Centers for Disease Control and Prevention. Two weeks ago Iowa was 17th.

The state has been dealing with significant vaccine resistance in recent weeks but Republican Gov. Kim Reynolds has said she has no plans to implement an incentive program to encourage vaccination as some states have done to boost interest. She said vaccine is available for anyone who wants it.

Some states have offered prizes such as lottery tickets as an enticement.

In April, Reynolds set a goal of reaching 75% of Iowa adults vaccinated by the end of June. As of Tuesday 52.9% of Iowans age 18 and older have been fully vaccinated and 62.3% have had at least one dose.