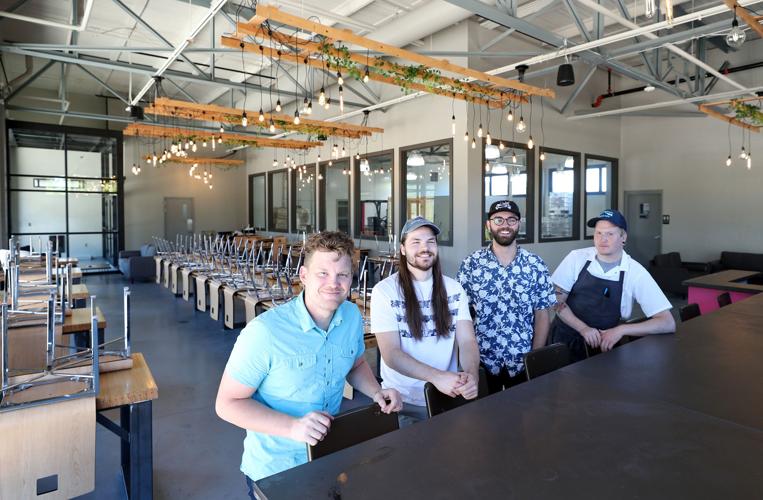 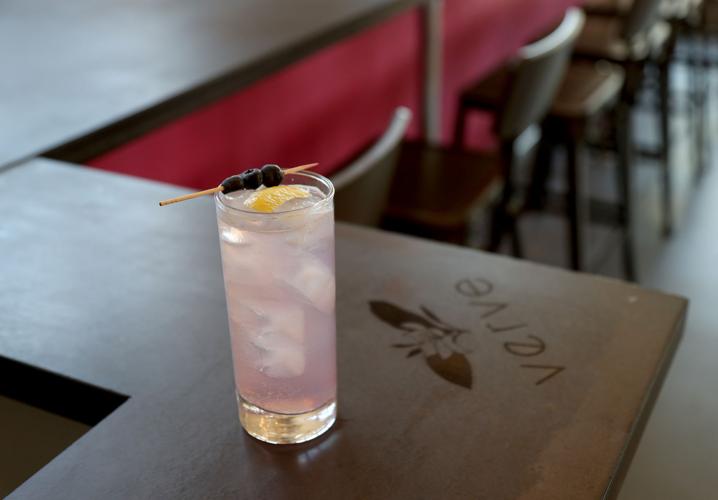 A kombucha cocktail at Verve Kombucha in Waterloo. 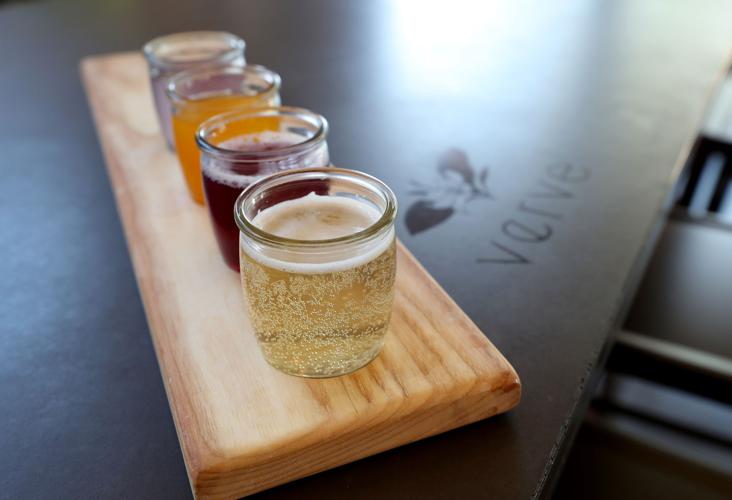 A tasting flight of Kombucha at Verve Kombucha in Waterloo. 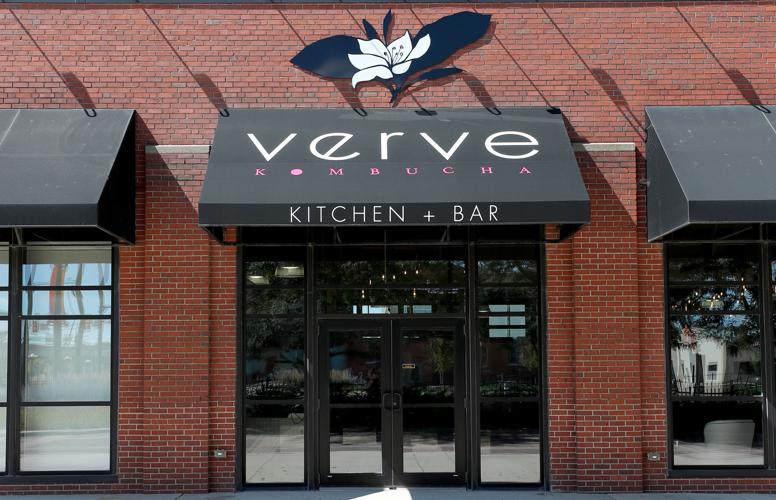 WATERLOO — A new downtown brewery is on the cutting edge of one of the country’s hottest beverage trends.

Verve Kombucha Kitchen and Bar opened quietly this month in the Waterloo Public Market, holding soft openings Thursdays through Sundays while waiting for its industrial brewing equipment to arrive.

“We’re definitely in working-out-the-kinks mode so far,” said Andy Fuchtman, who partnered with Alex Hottle to open the business centered around a fermented tea beverage whose popularity has been skyrocketing among U.S. consumers.

“We’ll be the largest kombucha brewery in Iowa,” Hottle said. “Our goal is to bottle and distribute all across Iowa. We’d like to be in Hy-Vees and places around here and continue to grow from there.”

Fuchtman, who runs Sidecar Coffee, and Hottle, one of his employees, began brewing kombucha at the coffee shop with initial plans to sell it there.

“I drank it before because I ran,” said Hottle, a Waterloo native. “I’ve always had stomach problems so that’s why I started drinking it.”

Verve also brings a trendy “shared plates” dining concept, which is popular in many places but relatively unique in the Cedar Valley.

Chef Luke Benson is a Cedar Falls native who cooked in higher-end restaurants in Portland, Maine, before coming home to craft a globally inspired menu that ranges from Mediterranean to Asian to classic American dishes.

“Simple food elevated,” said Hottle, noting the restaurant is trying to source its ingredients locally and has a number of gluten-free and vegan options.

While many brands of kombucha are alcoholic, Verve is stopping the fermentation process of its tea before it reaches a half-percent of alcohol by volume. It also is certified organic.

“We’re not making any alcoholic kombucha,” Hottle said. “It tastes good enough, and its good enough for you, we think anybody should be able to drink it.”

The business sees its location in the RiverLoop Expo area near the Cedar Valley SportsPlex as ideal for those with healthy, active lifestyles.

“We’re in a pretty good spot,” Hottle said. “You can go to the SportsPlex, go to the yoga spa, bike shop. You can be all sweaty and come in here to get a kombucha as a recovery drink.”

It took Hottle and Fuchtman longer than expected to get Verve up and running. The business had to work with state officials on licensing for the kombucha operation, needed a fire sprinkler installed and a larger refrigeration unit.

The dining area includes tables constructed from a former bowling alley. Large windows will give diners a view of the brewing tanks.

“We’ve all decided to stay around because we like the community and think this can be and is something awesome,” Hottle said.

WATERLOO — The city’s first kombucha tea brewery has come out on top in a battle for the RiverLoop Public Market Building.

WATERLOO — The downtown RiverLoop Public Market Cooperative is folding up its tent.

Sixteenth in a series on this year’s 20 Under 40 winners.

As a candidate, Donald Trump promised to extricate the U.S. from wars in the Middle East. As president he has been bellicose about possibly getting the nation into another war in that region.

COLUMN: How much of Trump-Russia report will be secret?

On May 23 of this year, President Trump gave Attorney General Bill Barr "full and complete authority" to declassify information relating to the actions of the FBI and intelligence community in investigating the 2016 Trump campaign.

The man in the Oval Office is the same person who hurtled into the gambling business in Atlantic City decades ago and couldn’t stop playing chicken with his own well-being for years after.

The Gordon Flesch Co. signed an agreement Monday to acquire Advanced Systems Inc. (ASI), an independent dealer in the office technology industry with offices in Cedar Falls and elsewhere in Iowa.

The St. Luke’s Episcopal Church’s Film:Talk series is set for 1:30 p.m. Oct. 6, with a discussion of “The Shawshank Redemption.”

Bridge class set for this fall

About 90 percent of eligible Iowans are registered to vote, and Iowa is consistently among the top 10 states in the nation for voter registration, according to Secretary of State Paul Pate.

An Iowa Supreme Court justice again has said he will hear lawmakers’ challenge to changes in the state’s judicial nominating process.

Reynolds: Iowa to develop policy that will encourage state workers to volunteer

Iowa consistently ranks high nationally in volunteerism, and Gov. Kim Reynolds said Tuesday she wants state government to be part of that effort as one of Iowa’s largest employers.

Iowa’s three Democratic members of the U.S. House have joined a majority of House Democrats in calling for an impeachment inquiry of President Donald Trump.

Hail and heavy rain have pounded parts of northwest Iowa.

Months of preparation led up to the official launch of “Courier Cares” on Sept. 1. Courier Cares was created with one thing in mind --- impacting the Cedar Valley in a positive way.

“RAGBRAI has never been about the organizers,” said Paulos, 63.

Three area companies --  ACES, IFC Studios, and Sidecar Coffee --- have put their creative minds together in an effort to help House of Hope and the Youth Art Team.

Allerton Brewing Co. plans to cater to the taste buds of local beer drinkers when it opens this fall in downtown Independence.

How to beat the ‘Target Effect’ and save money

How to beat the ‘Target Effect’ and save money

A kombucha cocktail at Verve Kombucha in Waterloo.

A tasting flight of Kombucha at Verve Kombucha in Waterloo.