WATERLOO — It was once known as a worldwide manufacturer of tool storage products, headquartered in Waterloo.

Waterloo Industries, founded in the 1922 by Croatian immigrant Nicholas Sulentic and operated by his six sons through the 1990s, will soon become a footnote in the city’s history.

Officials from Stanley Black & Decker, which acquired Waterloo Industries in 2017, announced Friday the Waterloo satellite office of the company will close next month.

There are about eight employees left on the third floor of the former Waterloo Industries building at 100 E. Fourth St., which also houses The Courier.

Abigail Dreher, director of public affairs for Stanley Black & Decker, said Friday, “We have recently made the decision not to renew the lease of our Waterloo IA satellite office. This location is part of our Tool & Storage division.”

She said of the eight employees stationed in the office, six will continue on with Stanley Black & Decker.

“We are committed to working with the other impacted employees through this transition by providing remote working opportunities or outplacement services, salary continuation and extended benefits to eligible employees,” she said.

Waterloo Industries is probably best known as the manufacturer of the Craftsman line of tool boxes and tool chests that were sold by Sears. But manufacturing work began moving  in 1978 when the Sedalia, Mo., plant opened.The company kept its headquarters in Waterloo even after closing its tool box-manufacturing activities here in 1997, phasing out 300 employees and moving them to a new factory in Muskogee, Okla., and Nogales, Mexico. Employees remained at the downtown headquarters.

The Muskogee plant then closed in 2003, and work moved to plants in Pocahontas, Ark., and Sedalia, Mo.

Editor at The Courier

Vinton police have added drug charges to a Vinton woman arrested Aug. 23 in connection with a stabbing.

The longtime treasurer of Winneshiek County is retiring.

The recipients have been named for The Courier’s class of 2019 20 Under 40 awards.

A fond farewell to Waterloo Industries

The last trace of Waterloo Industries in Waterloo fades from the scene three years shy of the 100th anniversary of the founding of Nicholas Sulentic's company. Its impact will not soon be forgotten.

Safety of medicines at risk in Senate bill

I hope we can count on Senator Grassley and Senator Ernst to fight back against this misguided legislation.

A Westgate feed mill and warehouse were damaged by an early morning fire on Saturday.

An Illinois State Police trooper was fatally shot while executing a “high risk” search warrant along with other members of a SWAT team on Friday in a residential neighborhood.

Two Democrats candidates gunning for Republican Joni Ernst’s U.S. Senate seat --- Kimberly Graham and Eddie Mauro --- encouraged them to not give up hope.

An open casting call is set for Saturday at the Iowa Falls Chamber of Commerce, 520 Rockslyvania Ave., Iowa Falls, from 1 to 3 p.m.

The Iowa Department of Transportation will now be providing a supply of the non-personalized, alpha-numeric version of the blackout specialty license plate to your local county treasurer’s office.

EDITORIAL: Reparations due for slavery

Try as it might, the nation’s hands will never be washed clean of this original sin. But a first step toward national reconciliation is acknowledging this anniversary for the historical landmark it truly is.

Owners of the Charles City chicken processing plant that closed last month and put more than 500 people out of work are marketing the building, but it might be difficult to find a buyer.

The former Waterloo Industries building at the intersection of Ansborough and Maynard Avenues in Waterloo. 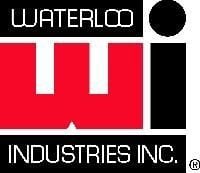