Dave Morgan is owner of SingleSpeed Brewing Co. in Waterloo. 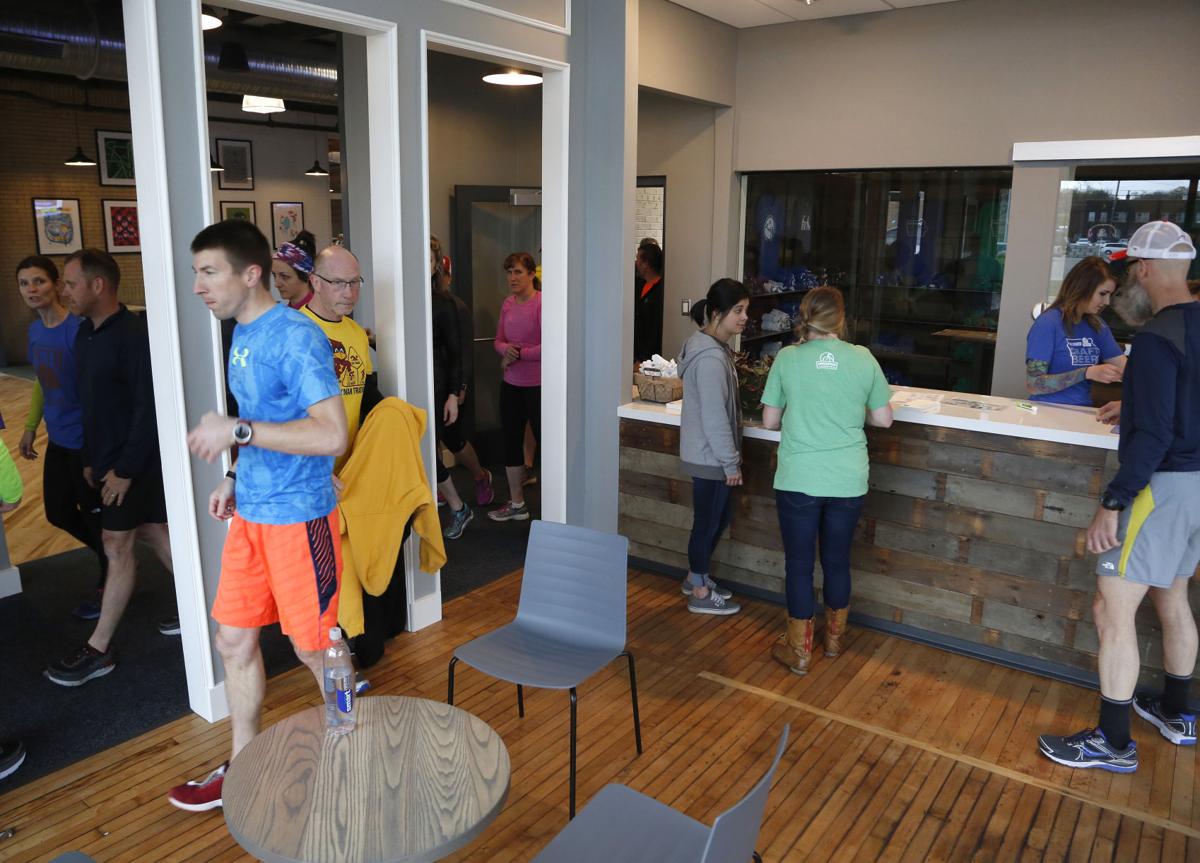 A running group gets ready to leave from the lobby of Single Speed in the former Hostess Wonder Bread building Thursday, April 20, 2017, in Waterloo, Iowa. 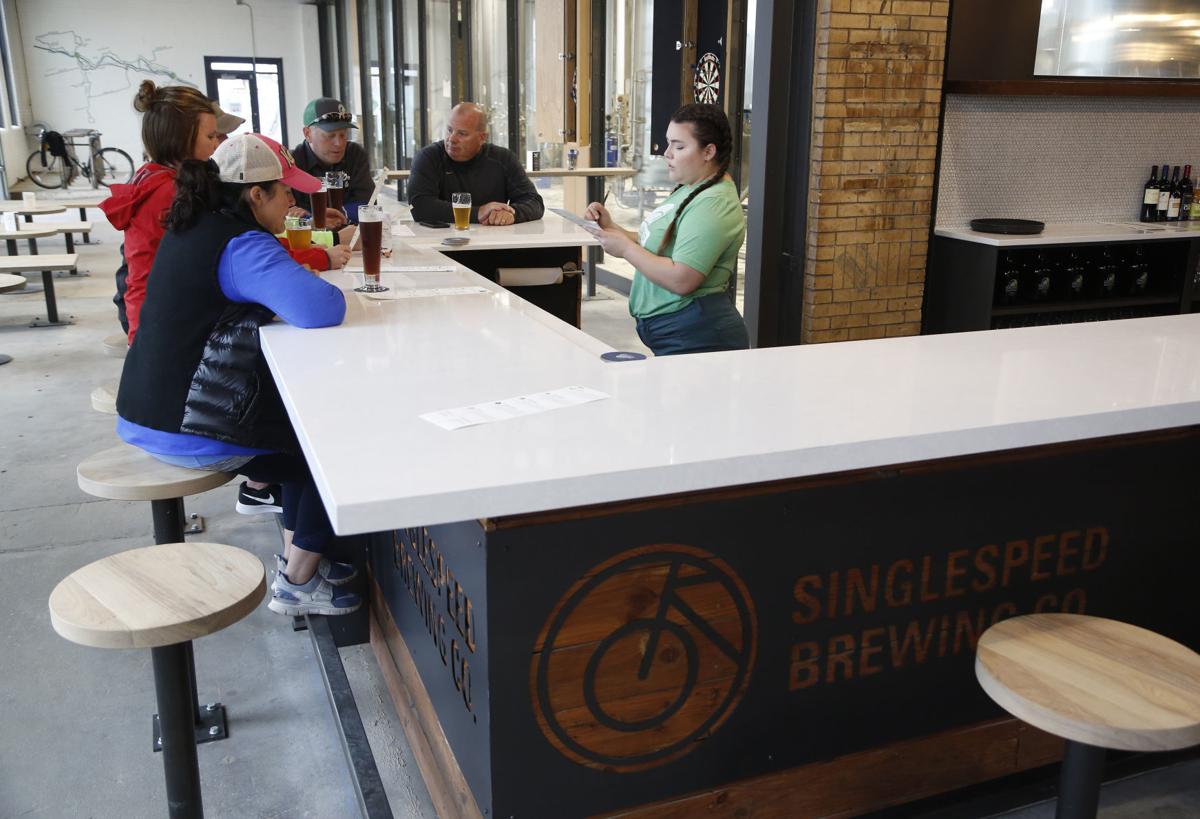 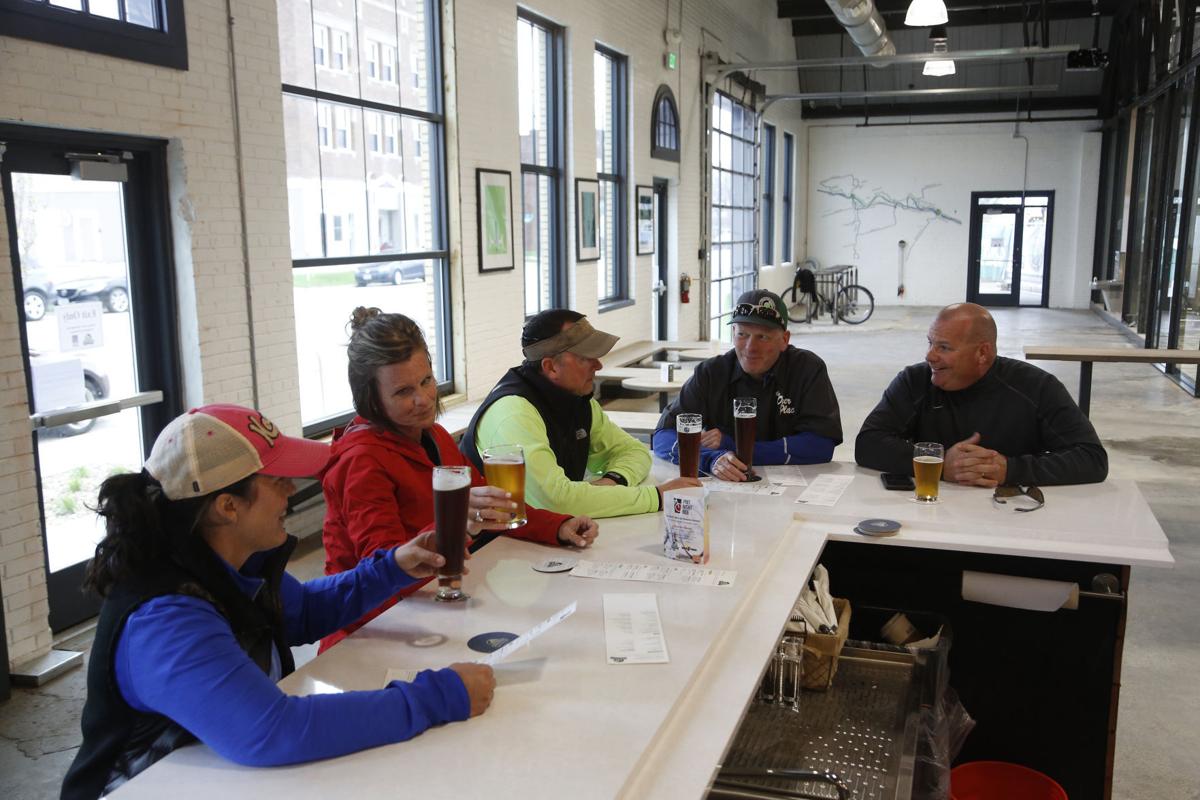 Patrons have a drink during a soft opening for Single Speed in the former Hostess Wonder Bread building Thursday, April 20, 2017, in Waterloo, Iowa. 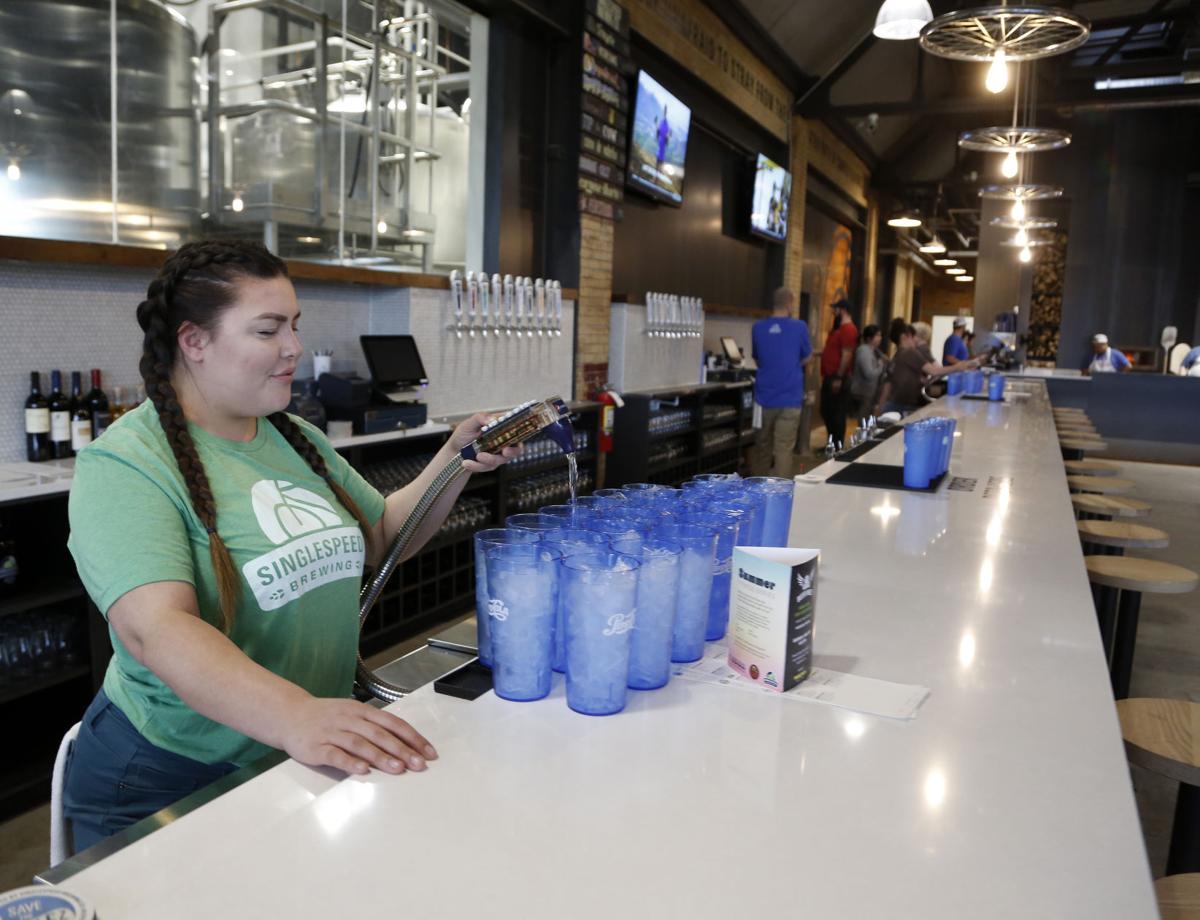 WATERLOO — As workers cleaned, painted and dusted, and managers went over last-minute checklists, Dave Morgan walked briskly around the nearly completed SingleSpeed Brewing Co. space, still with a lot on his mind.

“I’m better today,” Morgan, the owner of SingleSpeed, said of his feelings about being ready to open Thursday night for the first of three soft openings this weekend. “We’re getting close.”

Years in the making, the massive complete rehabilitation of the crumbling Hostess Wonder Bread building — returned to its 1950s glory and LEED-certified — has culminated in the highly-anticipated opening of his new Waterloo beer hall and distribution center.

But Morgan’s not counting his chickens yet, even if they are close to hatching.

“We have a target of next week,” Morgan said Thursday about opening to the public. It depends on how the invite-only events this weekend turn out. “Best case Monday, worst case another week. We don’t want to rush it.”

The facility has a capacity of 500, with seating for 300, and will include a full menu “focused on fresh, local, seasonal” by chef Dan Ankrum to complement the 10 beers on tap. The outside beer garden, scheduled to open this summer, will hold an additional 125.

Seven of those beers will be core offerings SingleSpeed patrons are used to at the downtown Cedar Falls location. The other three will be a mix of seasonal and occasional offerings — right now, that includes Cargose Shorts, a gose; The Bourne Altimatum, a German altbier; and Perestroika, a double stout.

The new beer hall isn’t just for those 21 and older. It includes a large kids zone with games, Legos, art supplies provided by Phelps Youth Pavilion, a chalkboard, magnet board and little stools and tables.

Morgan’s also starting a promotion where parents can buy a reusable Kleen Kanteen cup for their kids, and any time they bring it in a kid under 8 can eat for free.

“The Kleen Kanteen guys are excited by that,” Morgan said. “I think we’re going to start a movement.”

There are also games for adults — an Austin Powers pinball machine and an arcade table-top game, plus a couple of dart boards. Those who ride their bicycles can also take advantage of an interior bike rack complete with air, tools and a bottle-filling water fountain.

The bicycle theme is apparent everywhere inside SingleSpeed, from the bike-wheel chandeliers to the bike trail map on the wall. Morgan also will start a regular Pint Night Ride on the first and third Thursdays of the month, sponsored by Waterloo Bike Works, Bike Tech and both Main Street organizations in Waterloo and Cedar Falls.

This year will also be the first year his annual Brewery to Bakery ride on May 1 will actually allow riders to have a pint at both locations.

“It’s pretty apparent” the changes that have been made inside the old Hostess building, Morgan said. At the same time, he and his staff worked hard to restore it to its 1957 glory — original floors are at the entrance, replica windows ring the outside. (The single-story bakery was originally built in 1927 by Campbell Baking Co.)

“It’s nice to remind people what it looked like when we came in,” he said. “And how, over 60 years, it changed.”

Once open, SingleSpeed's Waterloo hours will be:

Dave Morgan is owner of SingleSpeed Brewing Co. in Waterloo.

A running group gets ready to leave from the lobby of Single Speed in the former Hostess Wonder Bread building Thursday, April 20, 2017, in Waterloo, Iowa.

Patrons have a drink during a soft opening for Single Speed in the former Hostess Wonder Bread building Thursday, April 20, 2017, in Waterloo, Iowa.