CEDAR FALLS — The list that gets Single Speed Brewing owner David Morgan’s attention most these days is the to-do list for opening the new Waterloo location.

Nonetheless, Morgan was pleased to learn the brewery made a list of top college town breweries in the U.S.

Opened in Cedar Falls in November, 2012, Single Speed marked its fourth anniversary by beginning operations at the former Wonder Bread building, 325 Commercial St., in downtown Waterloo. Still based in Cedar Falls, the brewery made the Ucribs list based on data from Beer Advocate.

“As much as we appreciate, that’s not really why we do what we do,” Morgan said of the ranking.

Although cities such as Denver and Portland, Ore., are still strongholds for craft beer, the industry’s recent explosion has moved it into college towns across the U.S.

Single Speed has more than a few times acknowledged the University of Northern Iowa with Panther-themed beers including UNIhopped pale ale. The ranking also mentions the ease of biking to the brewery.

The brewery also got some attention with a profile on Morgan in Beer Advocate magazine. The publicity comes as the operation begins to prepare brewing at the new Waterloo facility.

The task at hand is getting a new brewing system operating, he added. Exterior work on the building, a restaurant and taproom are still under construction by the brewing system itself is in place.

“Ultimately, we’re trying to make great beer and get the system fired up to meet demand by the end of the year,” he said.

Although the new production facility, taproom and restaurant in Waterloo will allow the brewery to expand its distribution, it will still remain a college town brewery. Morgan will keep the original location on Main Street in downtown Cedar Falls.

“We’ll be able to do some fun things with the system there while we produce our big-batch beers (in Waterloo),” Morgan said.

Joining Single Speed Brewing in the former bakery building will be Sidecar Coffee roasting operations and coffee bar. The Waterloo location is slated to open spring next year.

A new brew in Waterloo

WATERLOO — The first business in the refurbished, historic Wonder Bread building will be up and running Tuesday.

WATERLOO — Most children could not contain their excitement at Winter Wonder’Loo in downtown Waterloo on Saturday night. 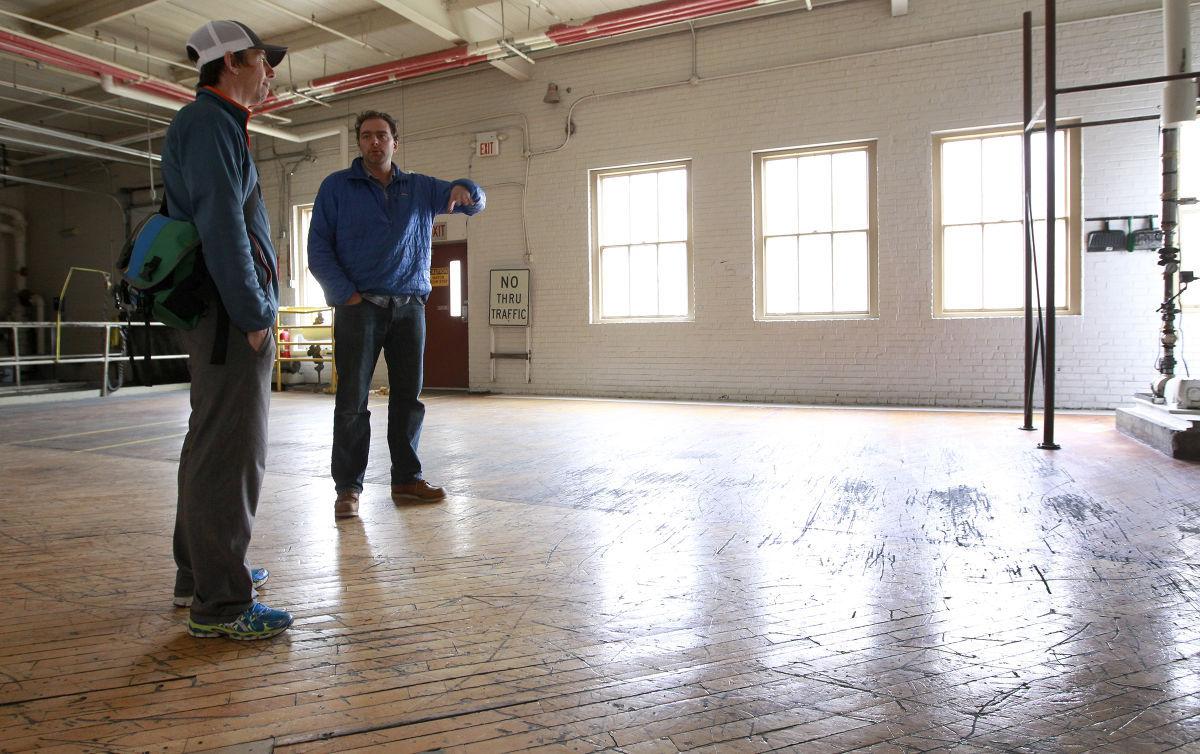 Dave Morgan, owner of Single Speed Brewing Co., and Jed Vander Zanden, owner of Sidecar Coffee, look over the inside of the old Wonder Bread building in Waterloo in the 2015 picture.