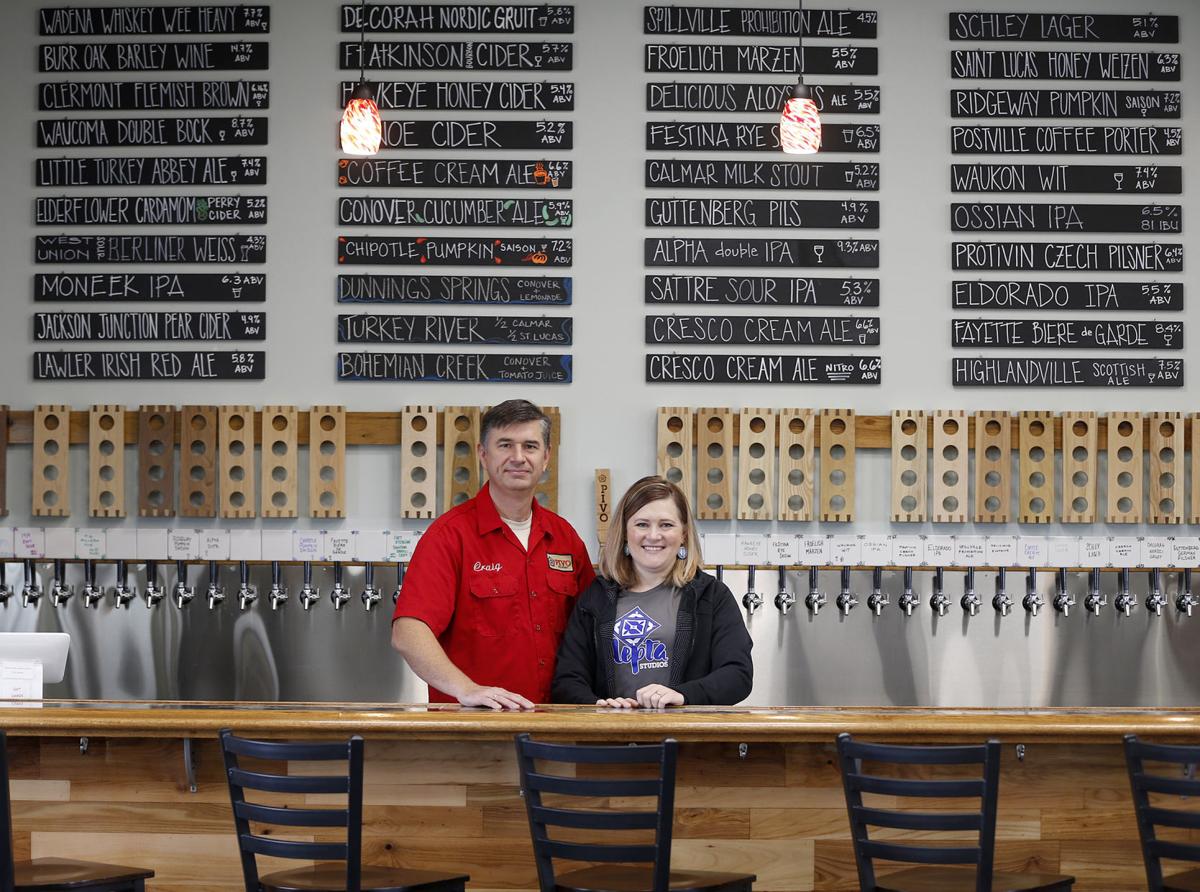 Craig and Sara Neuzil, owners of PIVO Brewery and Blepta Studio in Calmar. 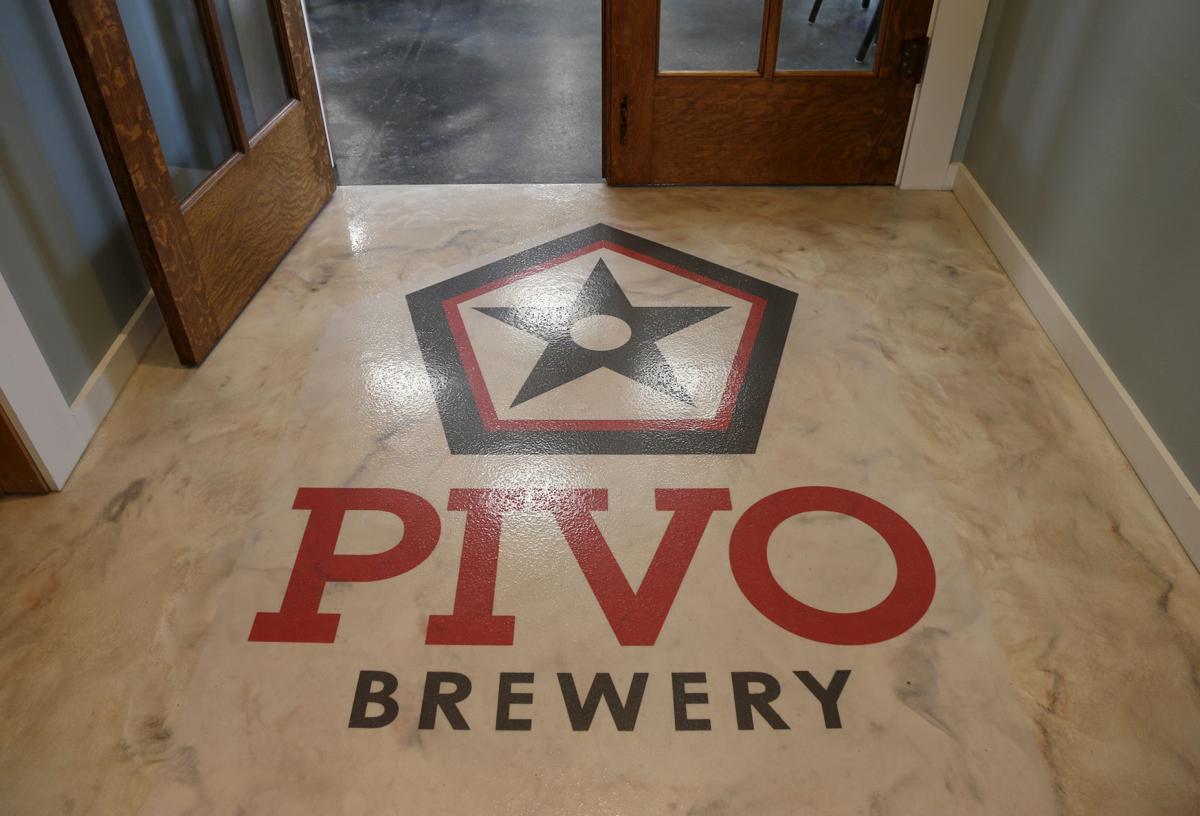 The entrance to the taproom of PIVO Brewery in Calmar, Iowa. Photographed Monday, Nov. 12, 2018.

CALMAR — A Northeast Iowa brewery has brought home some hardware from the Great American Beer Festival.

PIVO Brewery of Calmar won gold and bronze medals during what is billed as the world’s largest commercial beer competition, held Oct. 5 in Denver, Colo.

“Now we will add to that local attraction with our award-winning beers,” he added.

PIVO was awarded a gold medal in the chocolate beer category for its Old Balltown Dark Chocolate Milk Stout.

The brew was inspired by the success of PIVO’s experimental chocolate raspberry stout and hazelnut latte porter, which were taproom favorites.

“I challenged my head brewer, Richard Mar, to write a chocolate milk stout recipe based on our Calmar Milk Stout,” Neuzil said. “He pushed this beer to its flavor limit by adding salted caramel and lots of dark chocolate. We then finished it by aging in fresh-dumped Bulleit bourbon barrels for several months.”

PIVO is a 15-barrel microbrewery opened in November 2017 by Neuzil and his wife, Sara. It shares its brewery and taproom space with Blepta Studios.

The Brewers Association awarded 318 medals to 283 breweries across the U.S. during the 2019 competition. The awards recognize brewing excellence in 107 beer-style categories.

In the 10 years since it tapped its first keg, Toppling Goliath has become — well, a goliath — in the craft beer world.

The idea for LitCon, a convention around literature, seemed like the perfect youth event for the Cedar Falls Public Library -- and it's grown into one of their biggest events.

The candidates for the 2nd Ward Cedar Falls City Council seat are facing off in what is becoming one of the city’s most contentious elections.

Craig and Sara Neuzil, owners of PIVO Brewery and Blepta Studio in Calmar.

The entrance to the taproom of PIVO Brewery in Calmar, Iowa. Photographed Monday, Nov. 12, 2018.