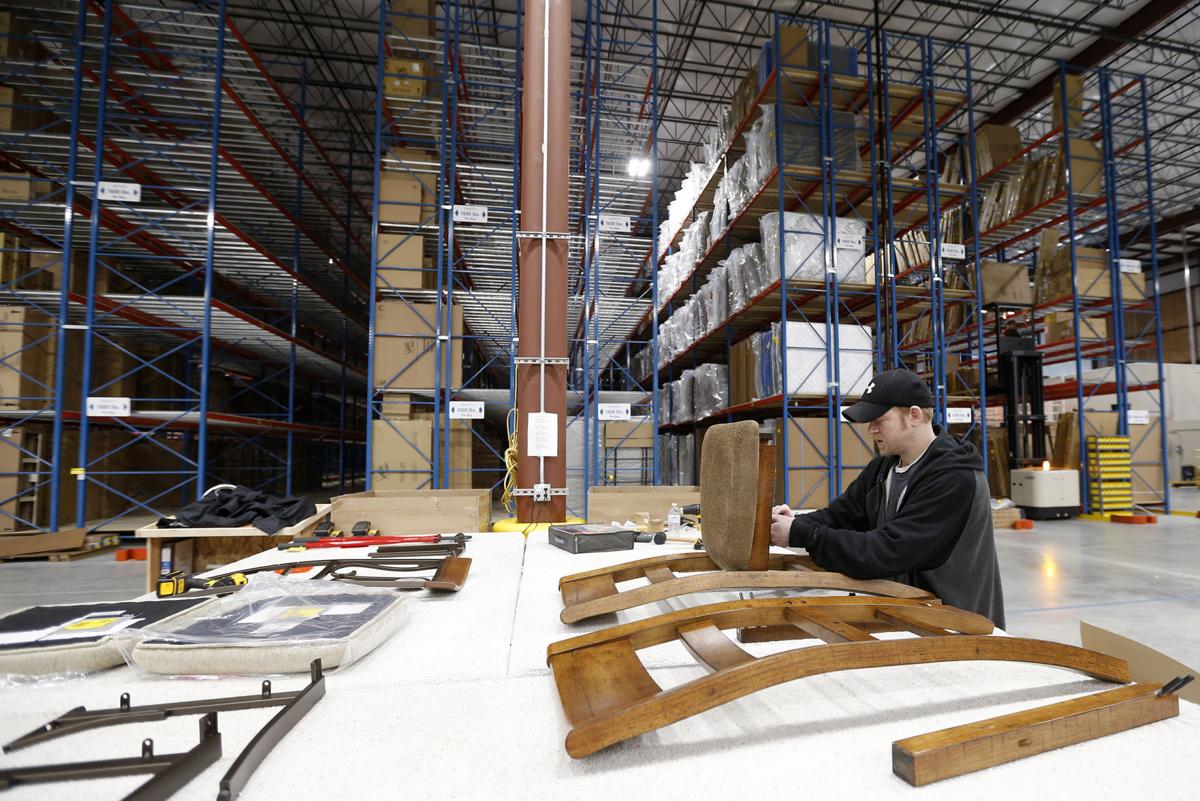 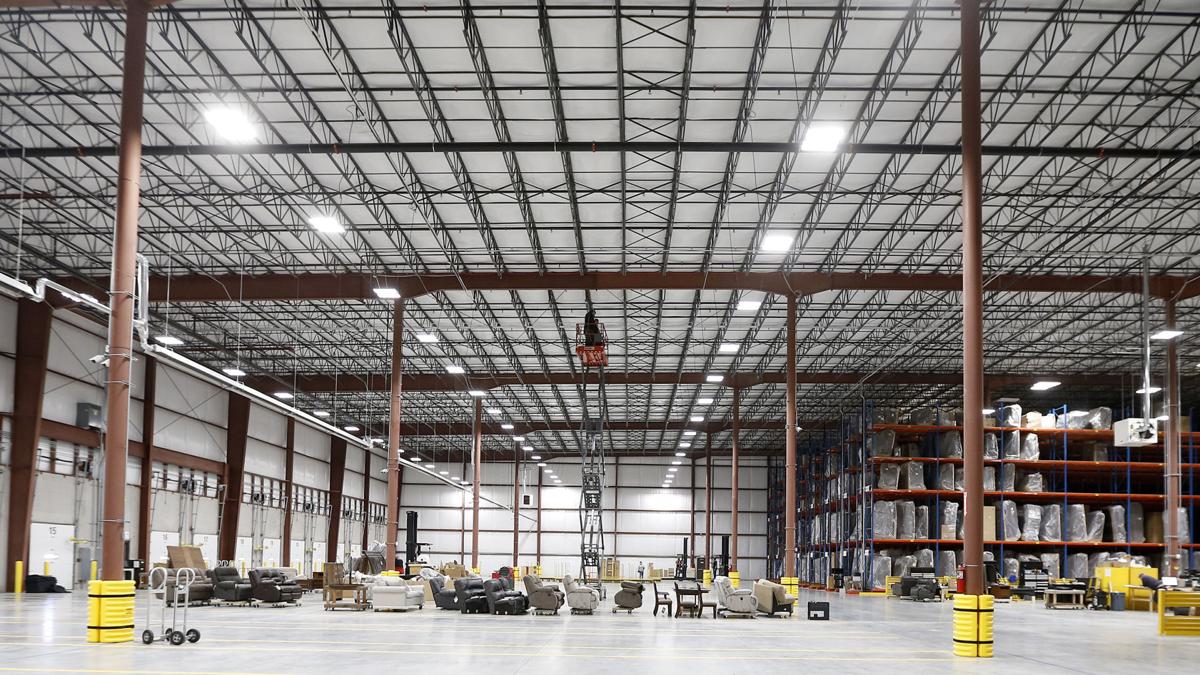 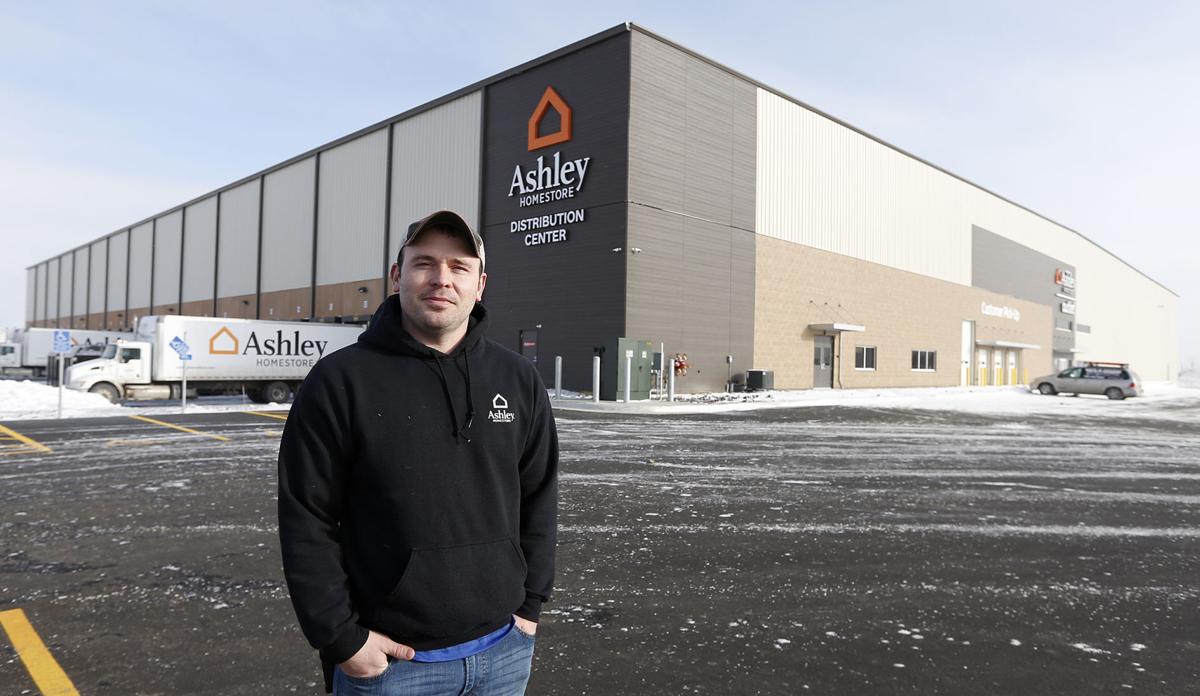 Todd Stewart is manager of the Ashley Furniture/Furniture Mart warehouse in Cedar Falls.

The building will serve Ashley Furniture stores throughout Iowa, company officials said. The building isn’t full of merchandise yet, but that will change as the company plans to add several new stores in the region, including one in Cedar Falls at a site yet to be determined.

Local online orders also are being served out of the warehouse.

“We’re excited to be there and looking toward the future,” said Tom Kovash, vice president of the Ashley HomeStore Division of Furniture Mart USA.

The company also plans to construct a 20,000-square-foot outlet store within the warehouse, said local manager Todd Stewart. Work is anticipated to begin soon for an April opening.

“It kinda starts things up until we get another brick and mortar store,” Stewart said.

The warehouse will serve “pretty much our whole state of Iowa, a little bit of Wisconsin, possible southern Minnesota.” And there’s room for expanding to the north on the 18-acre site. The company has stores in Cedar Rapids, Mason City, Dubuque, Davenport, Sioux City, Spirit Lake and a new store in Burlington.

The 25-bay warehouse, with four customer pickup doors, employs about 25 employees, and that could increase to more than 50, Stewart said. “I wouldn’t even say we’re 25 percent full,” he said. “There’s a lot of room for growth.”

The project, approved by the city of Cedar Falls in the summer of 2016, has attracted a lot of interest.

“Lot of traffic through the area here,” Stewart said. “It’s going to be exciting once that (outlet) store finally opens,” as well as the retail store. “Anything you could probably imagine, we carry out here.

Stewart said city officials have been “very responsive” with assistance through the start-up process, and the Greater Cedar Valley Alliance & Chamber has assisted in recruiting employees.

The transportation access is ideal, with U.S. Highway 20 and Interstate 380 close by, Stewart said.

The warehouse opened for business Nov. 27. A ribbon cutting will be 4 p.m. Thursday. More than 20 twin size mattress sets will be donated to local families as part of the company’s Hope to Dream program, in which a portion of sales are devoted to providing beds for children in disadvantaged families.

The company received a partial property tax exemption under a development agreement with the city. The exemptions are expected to total $463,208 over six years, while the amount paid would be $772,012 during that time. The city also provided land for the warehouse. No incentives were extended for the proposed 25,000-square-foot Cedar Falls retail store.

CEDAR FALLS — A new, large furniture store has quietly opened at the end of one of the toughest years for businesses, but company officials sa…

Todd Stewart is manager of the Ashley Furniture/Furniture Mart warehouse in Cedar Falls.