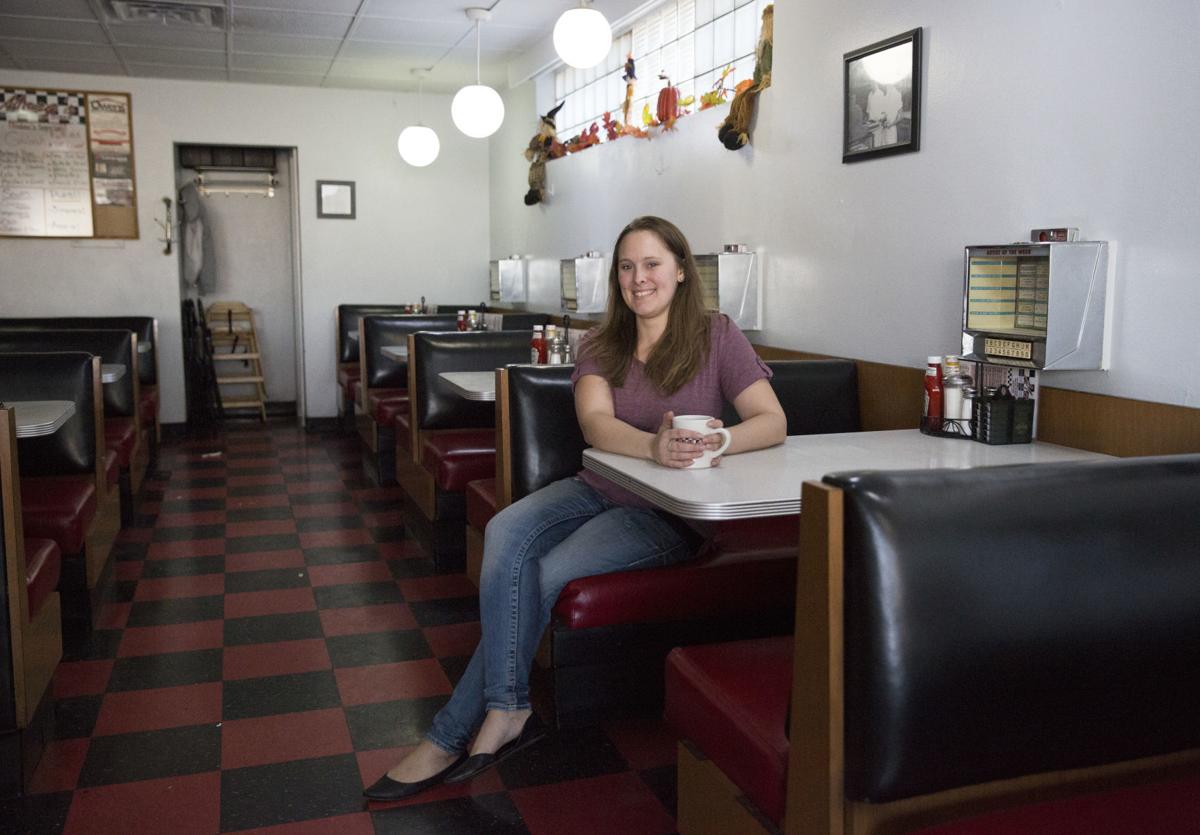 Stephanie Gerst, the new manager, sits in a booth at Morg's Diner in Waterloo on Monday afternoon. 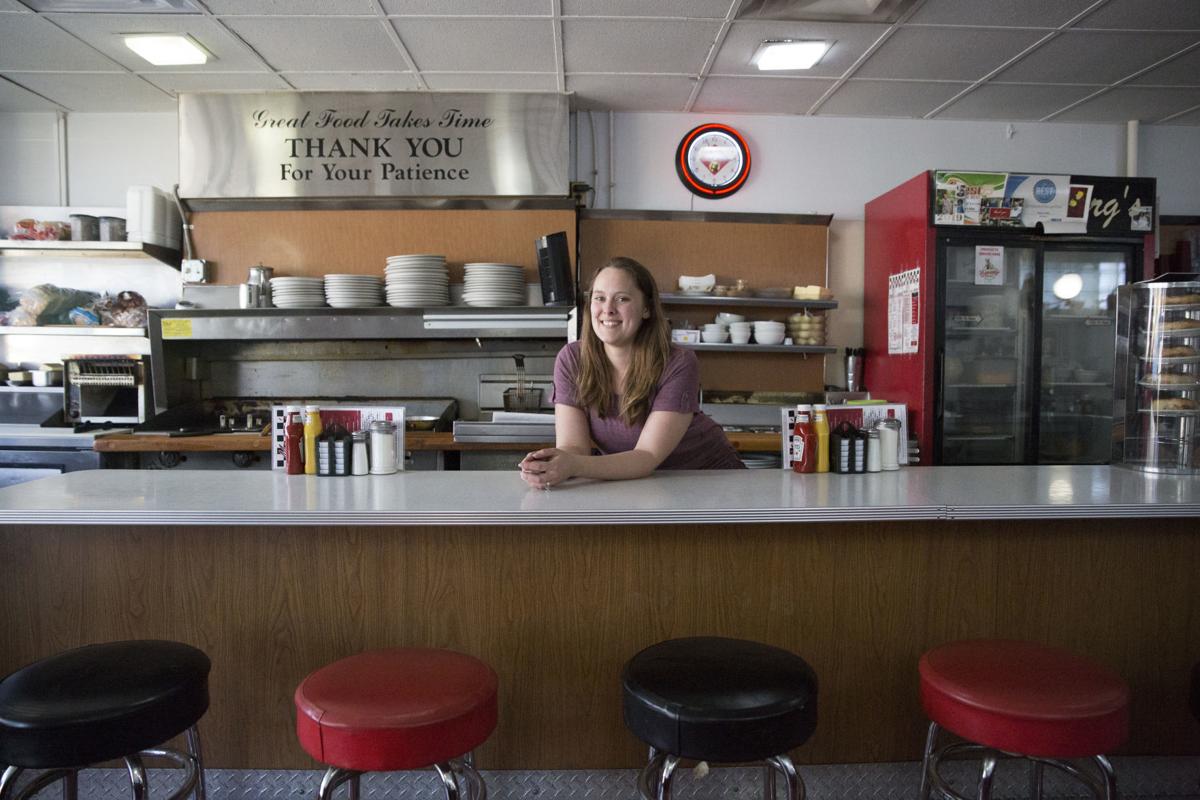 Stephanie Gerst, the new manager, leans on the counter at Morg's Diner in Waterloo on Monday afternoon. 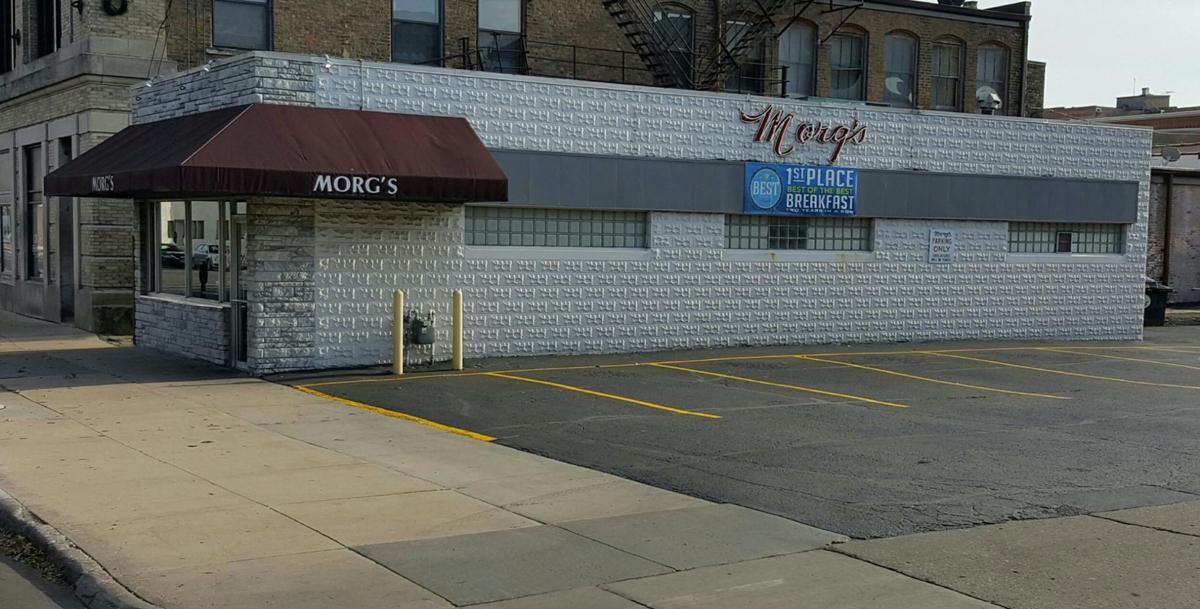 WATERLOO — Stephanie Gerst has been working at Morg’s Diner since she was 16, serving at Waterloo’s iconic restaurant for years without really being able to walk away.

“I tried quitting a couple of times, and it didn’t work — I missed it too much,” Gerst said. “My grandma works here, a couple of cousins, my niece and nephew. I just love it here.”

So when the opportunity arose last week to manage the same diner that has employed her for the past 15 years, Gerst — already nearly finished with a degree in human resource management from the University of Northern Iowa — jumped at the chance.

“I’m really excited to see where it goes,” she said. “I really hope it works out.”

A staple since 1945, Morg’s was started across the river on West Fourth Street by H.W. Morgenson. The second location at 520 Mulberry St., the one that remains today, opened in 1960. Owner Ron Goodwin offered the management position to Gerst after former manager Sam Ludwig — who originally hired Gerst — decided to step away.

Longtime customers shouldn’t worry, Gerst said: She doesn’t plan to change much about Morg’s, which has been virtually unchanged since it opened at its current location in 1960.

“Change does not go well here,” Gerst laughed. “Some people said, ‘Cut down the portion sizes,’ but that makes us, us.”

Gerst said she won’t change the menu — which includes products made locally, like Fat Cup coffee from Waterloo, Hansen’s Dairy milk from Hudson and meat from K&W in Evansdale — and the longtime employees like Janie, who’s worked at Morg’s for 35 years, and Doris, who’s been a staple since 1961.

“Some of that,” Gerst gestured behind her to the brown wood-panels behind the counter, “I hate. But it’s been here for years and years. People say, ‘When are you guys going to update stuff?’ We can’t.”

That’s because — despite the small kitchen, tiny single restroom in back and no room for parties larger than can fit in the booths — Morg’s is the rarefied restaurant that has barely changed from the 1960s, and, maybe because of that, continues to bring in a brisk business seven days a week starting at 6 a.m. each morning.

When a rush hits, everyone from blue-collar workers to lawyers in suits forms a line outside for the next available booth to score a fresh-cooked omelet, burger or signature gigantic pancake. You can even, in 2019, put a dime into the tiny jukeboxes on the wall and play a tune from that era — though you may have trouble hearing it over the din.

“We know our regulars by name,” Gerst said. “One little girl calls me her best friend — I’ve seen her since she was a baby.”

And they remember Gerst, keeping up with her over the years as she got married, had kids and now is working toward her bachelor’s degree.

“It’s stuff like that,” she said. “Our customers care about us.”

The main changes Gerst wants to make now that’s she manager are organizational: She said the diner would benefit from a better structure.

“The biggest complaint I have are wait times,” she said. “I’m hoping changing some scheduling will help.”

But overall, Gerst is happy to ride the wave of Morg’s nearly 60 years of success in downtown Waterloo.

“I’ve always wanted to own my own restaurant,” she said. “This came up, and I couldn’t say no. I just know Morg’s — it’d be crazy not to do it.”

LA PORTE CITY | One of the better-known businesses in La Porte City is about to change hands.

WATERLOO | Customers at Morg’s diner in downtown Waterloo enjoyed their eggs and bacon with a side of politics Thursday morning.

Bubbles the Clown keeps kids in line at Lollipop Concerts

When 40 to 100 youngsters gather three times annually for the Waterloo-Cedar Falls Symphony Orchestra’s Lollipop Concerts, it’s time to send in the clown.

The Cedar Falls Schools Foundation (CFSF) is kicking off its Annual Tradition of Excellence Campaign.

Plans are underway for the second privately owned corporate hangar to be constructed in less than a year at the Waterloo Regional Airport.

If a few candidates entering late raised the possibility that winnowing wasn’t working properly in the Democratic presidential contest, the end of Kamala Harris’s campaign on Tuesday shows that the pressure to end losing campaigns is, if anything, stronger than ever.

My diagnosis for the population targeted in the articles is Cultural Alzheimer's Disease or CAD.

Stephanie Gerst, the new manager, sits in a booth at Morg's Diner in Waterloo on Monday afternoon.

Stephanie Gerst, the new manager, leans on the counter at Morg's Diner in Waterloo on Monday afternoon.