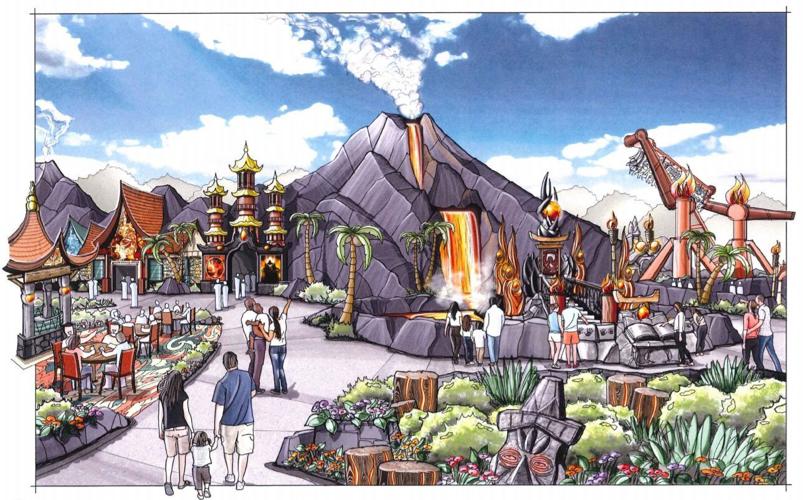 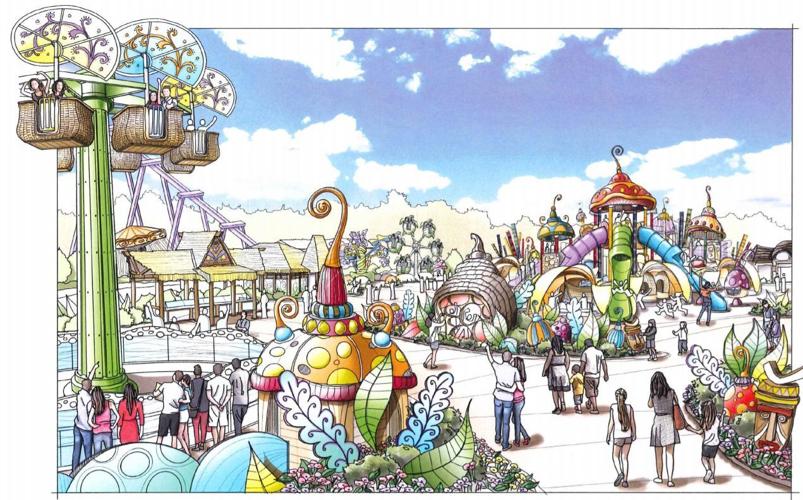 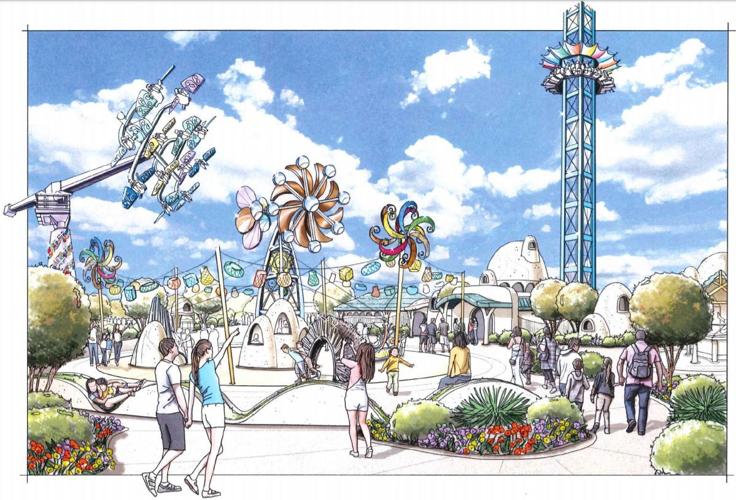 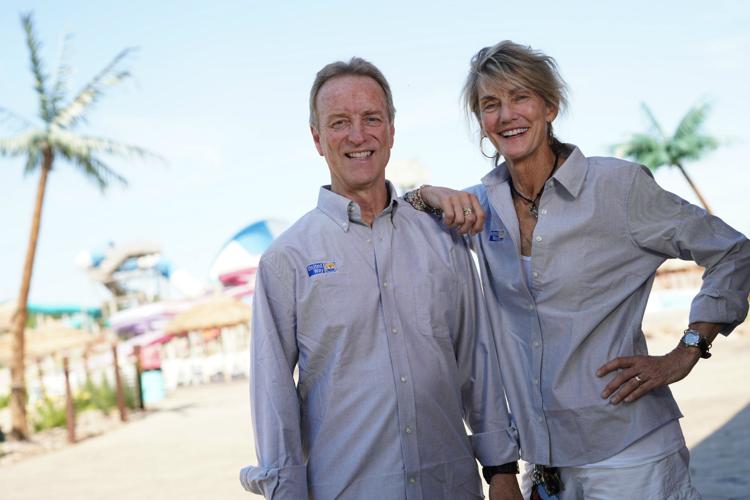 WATERLOO — Gary and Becky Bertch are planning to develop a major theme park south of their existing Lost Island Waterpark.

The proposed Lost Island Theme Park would include roller coasters and other thrill rides on nearly 200 acres of farmland across Shaulis Road from the water park and Isle Casino Hotel Waterloo.

Construction on the estimated $100 million project would begin next month, pending zoning and other approvals, with plans to open in the summer of 2022.

“The project will include a variety of rides and attractions designed to immerse guests in the stories of magical lands that can only be found at the Lost Island Theme Park,” Gary Bertch said. “This attraction is expected to enhance the Cedar Valley as a great place for family entertainment.”

The park would be divided into five different “lands” and would included a 30-acre lake.

“Some people might call it an amusement park, but this is a theme park,” Bertch said. “You’ll see a lot of rides that you’ll see in amusement parks, but this has back stories and elements that tie it all together.”

The Bertch family operates Bertch Cabinet Manufacturing and in 2001 opened Lost Island Waterpark, which ranks among the best water parks in the country. They later opened the Bamboo Ridge campground west of the park.

Bertch said plans for the theme park expansion have been in the works for more than 10 years, adding the motivation is based in part on a desire to enhance tourism and quality of life in the Cedar Valley.

“We know from surveys the city and (Experience Waterloo) have done that in spite of … a lot of entertainment venues we are still perceived locally as lacking both on children’s and family entertainment,” he said.

“One of the things we’re faced with in our manufacturing business is a critical shortage of workers,” he added. “We need to attract young families and workers, so we’ve got to have amenities that keep young people (after they graduate) school and attract more people.”

Noel Anderson, the city’s director of planning and community development, said the project would be a major boost to the local tourism economy and would help existing restaurants, hotels and retail businesses.

“I don’t know if we could be more excited about it,” Anderson said. “This is a great project for development in that area, but it’s really one of those projects that reaches to all types of people, from young to old.”

The city will hold a special meeting of the Planning, Programming and Zoning Commission July 23 on plans to rezone the land from agricultural to planned commercial use, including a special permit for an outdoor recreational use.

City staff also is working on a development agreement spelling out the city’s level of financial assistance to the project.

“We’re penciling out numbers now,” Anderson said. “With Gary’s investment, road improvements and everything else we’re looking at over $100 million of total investment.”

The city is seeking a state Revitalize Sound Economy Grant for improvements to Shaulis Road and other road work. The city is also expecting to bond an estimated $14 million to assist in the development, looking to recoup the investment through property taxes from the park and hotel-motel tax revenue.

Tavis Hall, executive director of Experience Waterloo, said the proposed theme park would have a huge economic benefit to the entire Cedar Valley.

“We were able to simulate what this model would look like by calculating it as if it were an event over the course of a summer, 100 days,” Hall said. “The projected economic impact was a little over $32 million.”

That impact, based on an internationally recognized modeling system, included $6 million in food and beverage spending, $5 million in retail sales and $4 million in overnight lodging along with business-to-business and supply chain spending, he said.

This map shows land proposed to be rezoned for the Lost Island Theme Park in Waterloo.

WATERLOO — A local water park used to getting national recognition made another splash Friday.

The Isle Casino Hotel Waterloo was not immune to the trend, seeing its adjusted gross revenue dip more than $1.5 million.

The test is looking for ways storm water may be infiltrating sanitary sewer lines, including footing drain connections.

Dangerous heat to continue this week

As the dog days drone on, they’ll be accompanied this week by a heat dome over the Midwest, including the Cedar Valley.

A rented stage will be constructed in the street at the intersection for the Live to 9 event Friday from 5:30 to 9 p.m. with the Snozzberries …

It’s a safe bet Iowans will be able to wager on college and professional football games when the season kicks off this fall.

The city has granted swift zoning approval for a theme park expected to raise the city’s skyline and economy.

Cedar Valley local leaders attended the ceremonial groundbreaking for the Lost Island Theme Park across the street from the Isle Casino.

Growth from within: Existing businesses are making huge investments in Waterloo

The city is moving forward with plans for an $11 million reconstruction of Shaulis Road near the planned Lost Island Theme Park.

The purple supports and tracks of a roller coaster soar above the snow-covered ground, and buildings are beginning to spring up as constructio…

Waterloo Fire Rescue was dispatched at 7:47 p.m. to East Shaulis Road and arrived on the scene of a “fully” engulfed theme park building, wher…