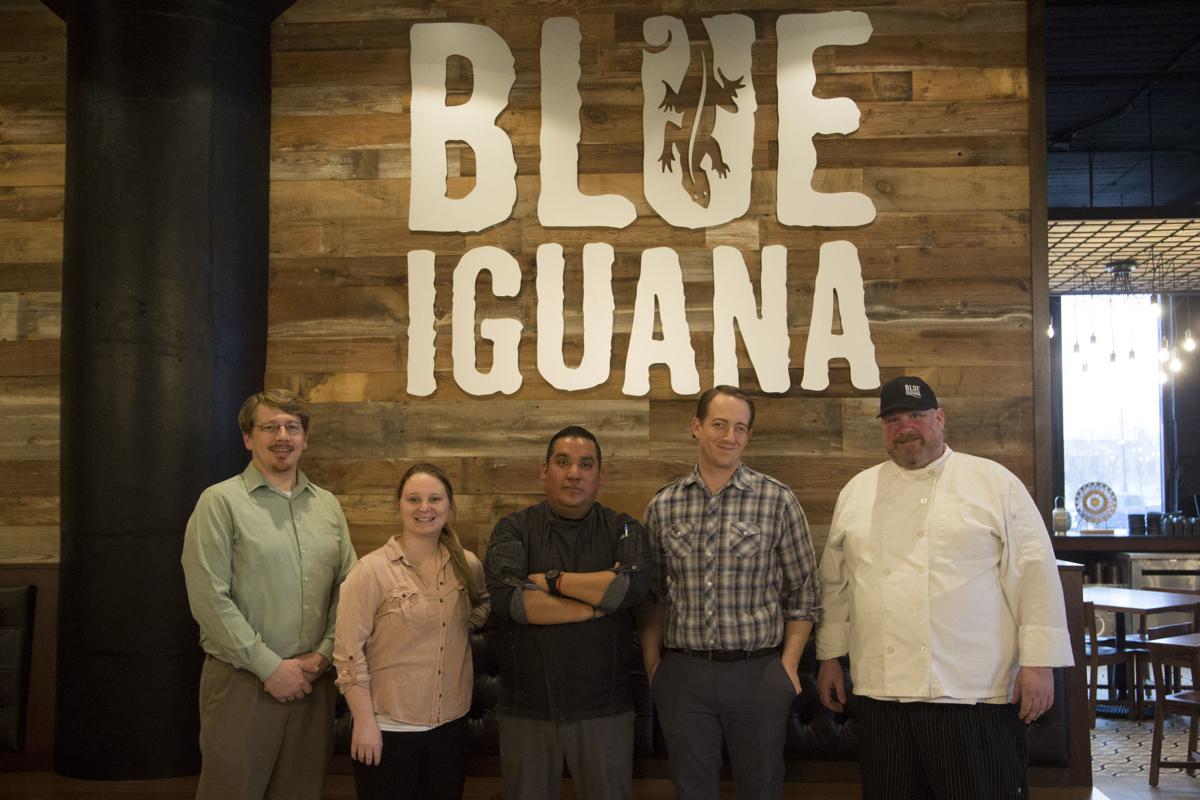 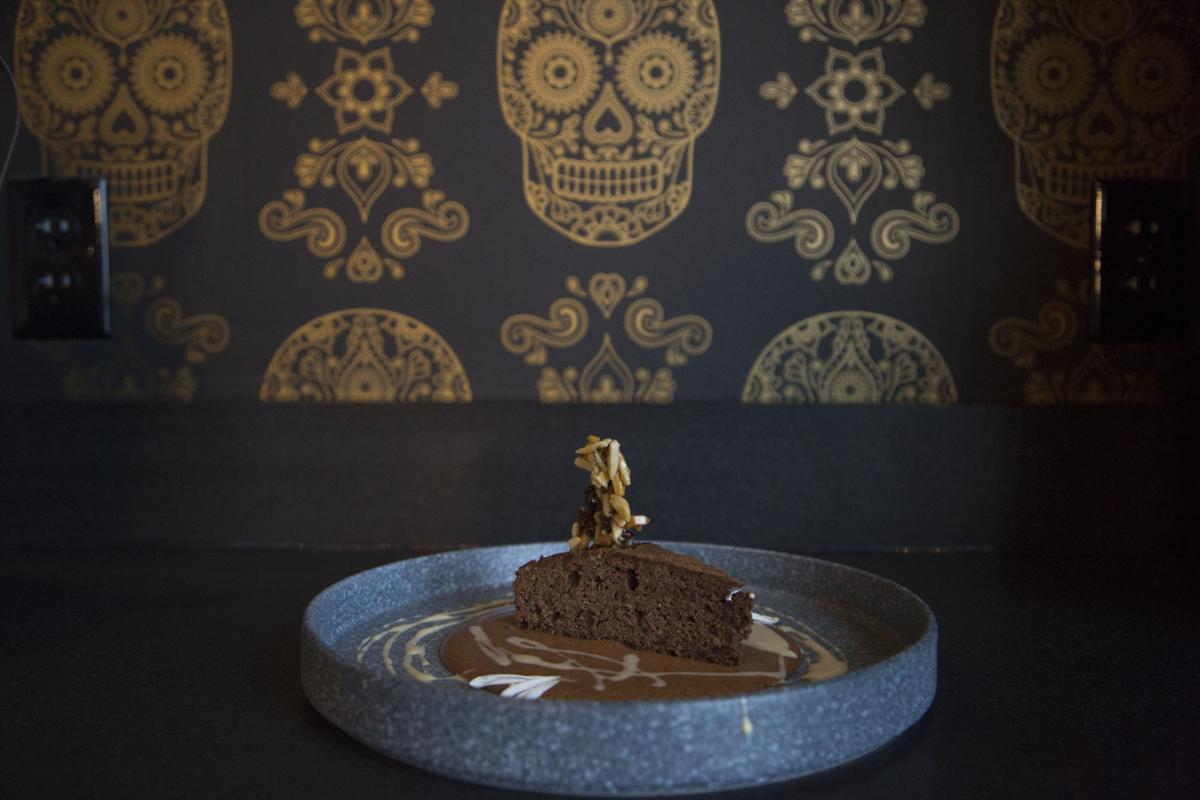 The Mexican Chocolate Torte from the Blue Iguana restaurant. 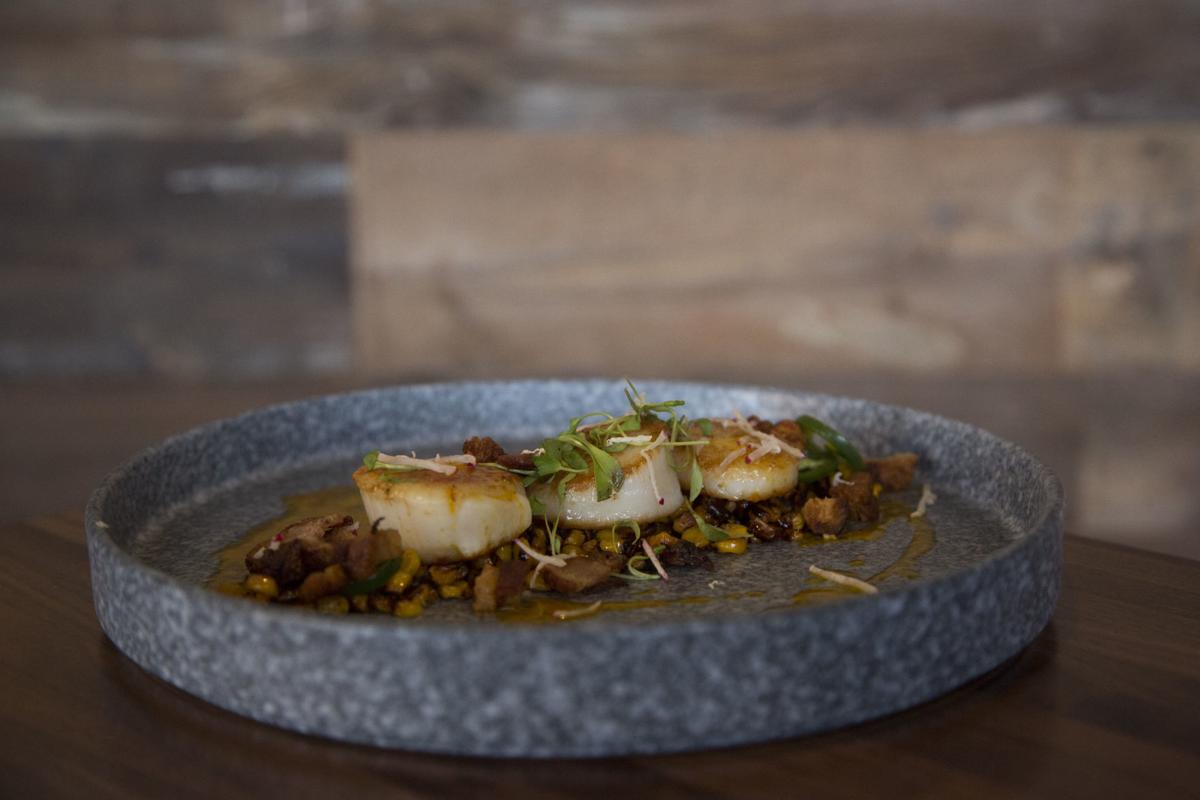 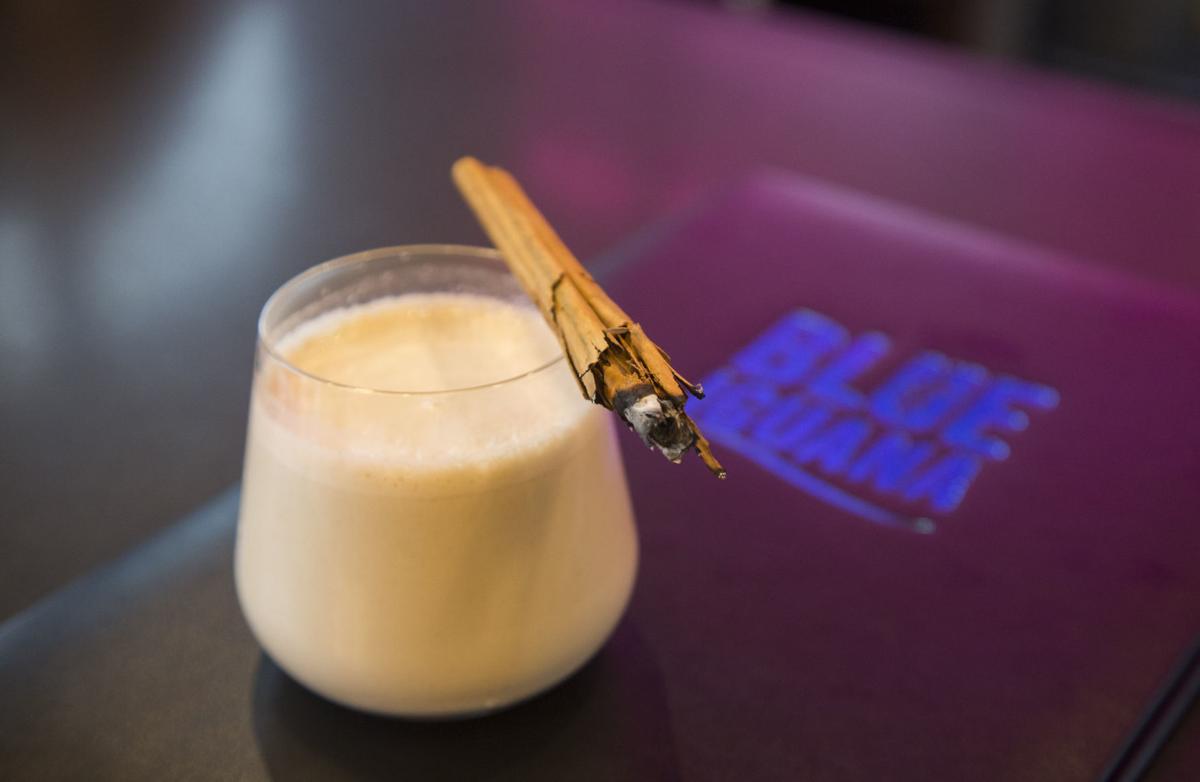 The Kraken Horchata at the Blue Iguana restaurant. 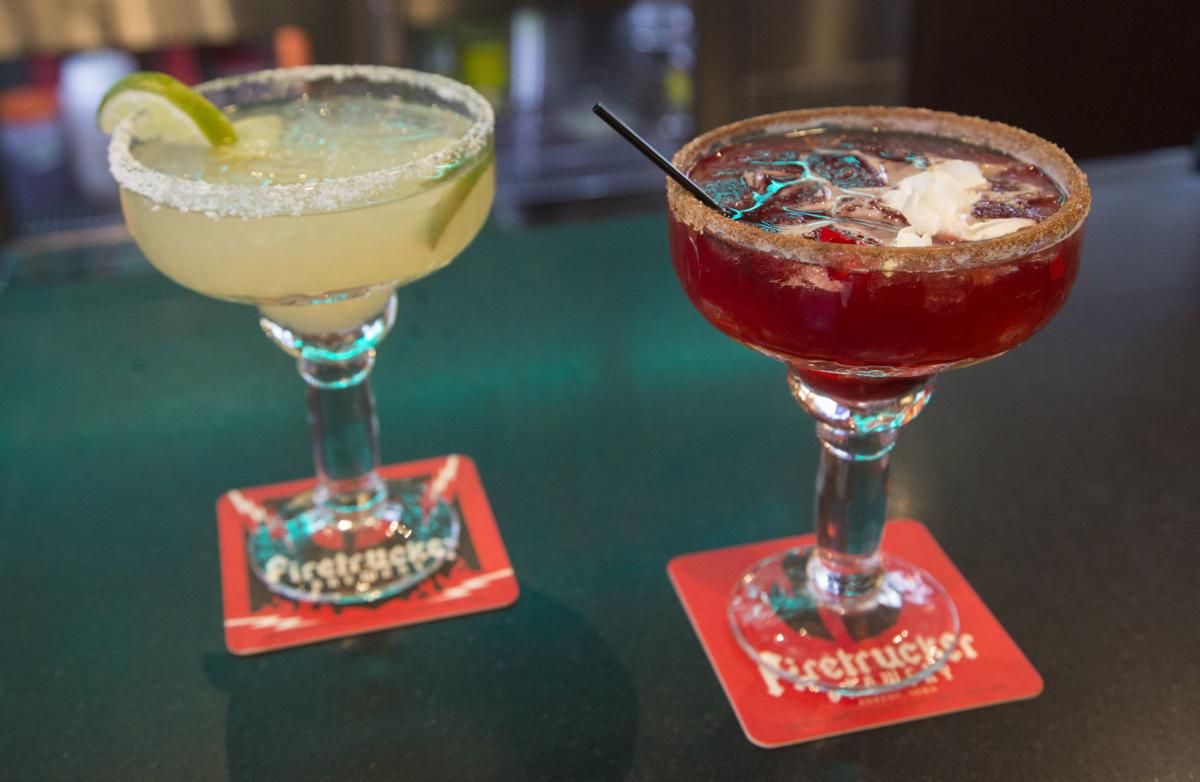 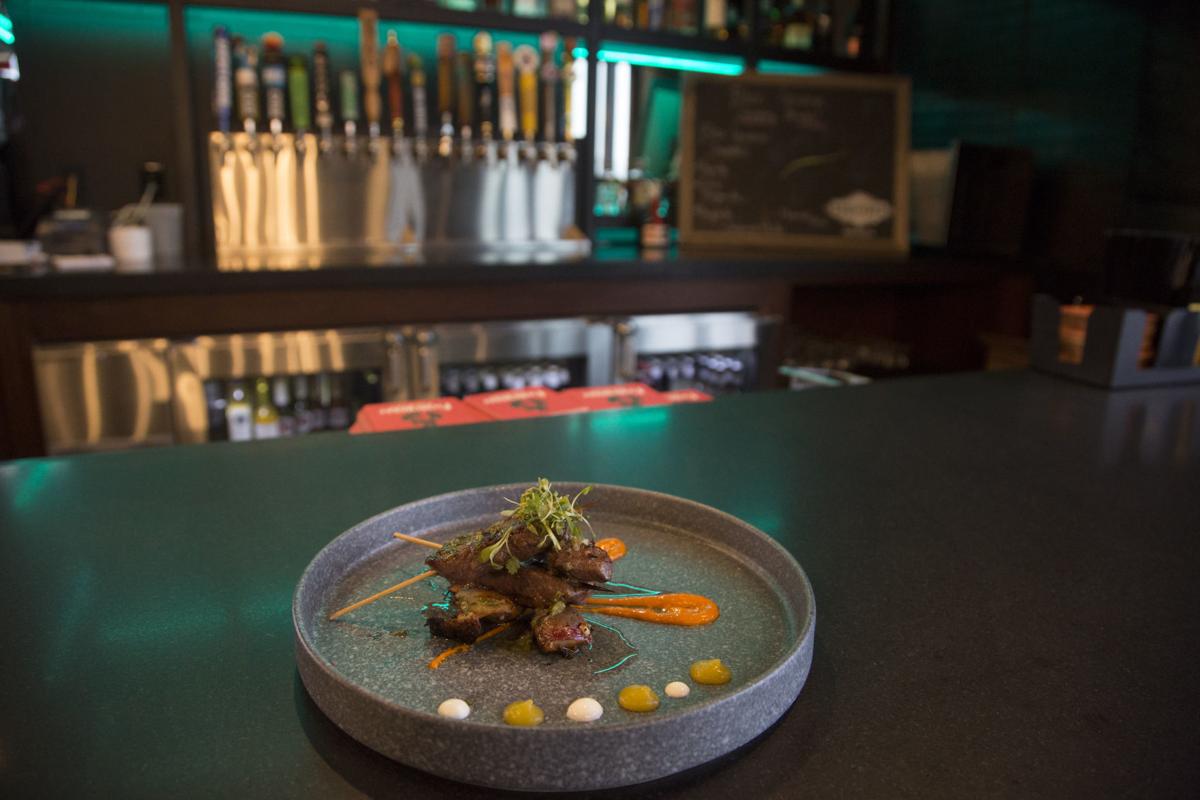 WATERLOO — It may be dishing up Mexican cuisine, but the newly opened Blue Iguana is striving to be distinctly Waterloo.

The restaurant, which opened in December on the main floor of the Courtyard by Marriott hotel at 250 Westfield Ave., is the first dining establishment on the Cedar Valley TechWorks campus at the edge of downtown.

General Manager Nick Kane and Assistant General Manager Aryn Taylor both came to the project from the corporate restaurant world and realized the Blue Iguana could not be the standard cookie-cutter eatery many chains plop down at every location.

“The whole idea was to bring something to Waterloo that fit into the community and provided options for everybody,” Kane said. “This was really tailored to be for Waterloo, to help add to the community.”

WATERLOO -- An old John Deere building near downtown has been reborn as a showcase hotel.

The location in a former John Deere manufacturing building, near a John Deere conference and training center and tractor museum, also provided an opportunity to showcase the area.

“John Deere brings in people from all over the world to stay in the hotel,” Kane said. “We want to present Iowa to them.

“It’s also super exciting to bring something positive instead of a big empty building,” he added. “People have an emotional connection to this building. They come in and say they used to work on the fourth floor.”

The restaurant is owned by Craig Wagner, who opened the original Blue Iguana in LeClaire, near Davenport, and owns several other restaurants in the Quad Cities.

Mexico City native Juan Hernandez developed the menu for the original location and brought his creations to the Waterloo kitchen.

“Mostly it’s based on my mom’s recipes that I grew up with at home,” he said. “It is 90 percent authentic, but we tried to add something different, an infusion of new cuisine and new Mexican food.”

Hernandez said the focus is on fresh ingredients, including traditional herbs like avocado leaves and epazote, with house-made salsas, chips and tortillas. The queso dip is made from fresh cheese curds and not delivered frozen in bags.

“We make everything fresh from scratch,” Hernandez said.

Extra effort is made with the food presentation which belies its affordability. Most entrees, which include two sides, range from $8 to $12.

Clint Goodman, food and beverage director, is equally proud of the Blue Iguana’s bar, which includes an extensive wine list and 40 taps with mostly Iowa and local craft beer.

“We have the area’s most extensive list of tequilas and mezcal,” Goodman said. “We do no (prepared) mixes so everything is fresh squeezed — our margaritas are fresh squeezed — and we do a lot of mixology cocktails.”

The owners of the Blue Iguana are also planning to open the Iron Horse Social Club in an adjacent space in the middle of January. The Iron Horse will include its own bar and a small food menu.

The Blue Iguana is open from 11 a.m. to 10 p.m. seven days a week and has an area available for private events. The menu and more information can be found at www.the-blueiguana.com.

An upscale Tex-Mex restaurant inside a new hotel in Waterloo is no longer operational, though it received a small business grant in April.

The Mexican Chocolate Torte from the Blue Iguana restaurant.

The Kraken Horchata at the Blue Iguana restaurant.