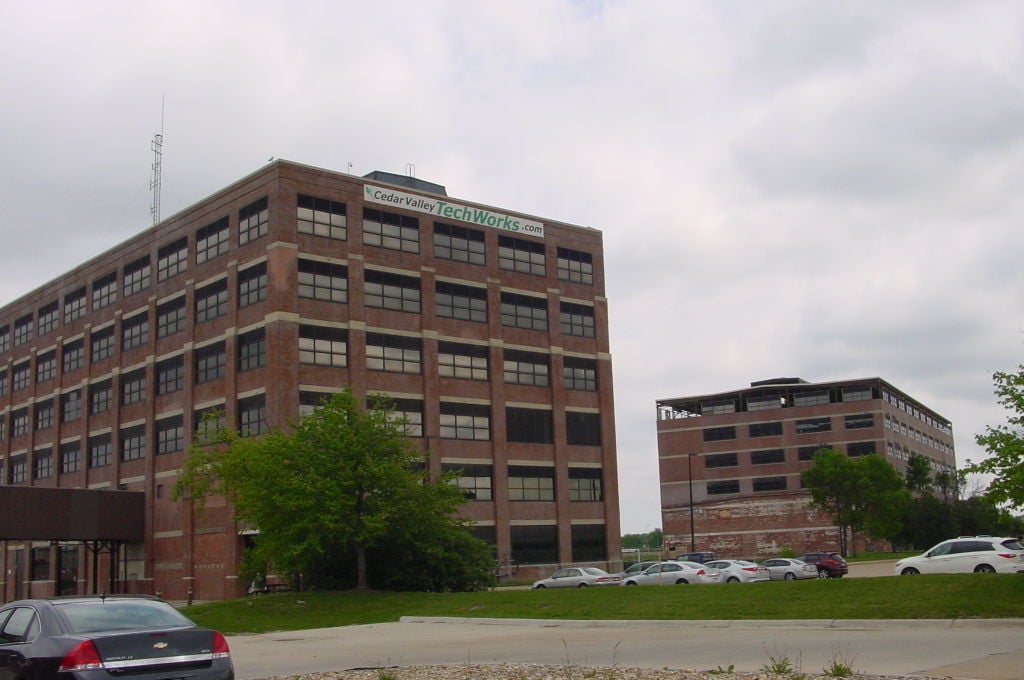 The top three floors of the Cedar Valley TechWorks’ Tech 1 Building, left, have been purchased by Lincoln Savings Bank. The bank will begin renovations in January and move to the space once it's completed. 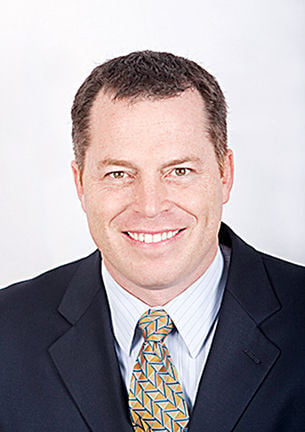 The project calls for the bank to invest roughly $11 million to buy and renovate the top three floors of the TechWorks Building 1, a former John Deere manufacturing building at 360 Westfield Ave.

Interior and exterior renovations are expected to begin in January after City Council members voted 6-0 Monday to approve grants and tax rebates through a development agreement.

LSB president and CEO Erik Skovgard said the location will house 125 staff members initially and provide space for up to 300 employees over the next five years. Many of those will be high-paying accounting, auditing and information technology jobs.

“We’re very excited to be part of downtown Waterloo,” Skovgard said. “We did look at Des Moines; we looked at Reinbeck; we looked at Cedar Falls.

“We fell in love with the floors we’ve seen at TechWorks and can see that becoming not just our three floors but the entire building becoming a center for innovation for the entire community.”

The building will become the operations center for LSB, which has experienced significant growth through a new LSBX division that added more than two million customers from across the country.

“Our significant growth over the past few years has made it necessary for us to find a space that will accommodate us well into the future,” Skovgard said.

“The building is ideal for our needs because it’s centrally located for our staff that live in Waterloo and surrounding communities,” he added. “It’s exciting to be part of the rich history of John Deere and play a part of the revitalization that’s happening in the vicinity of the TechWorks campus, including new community facilities, restaurants, housing, hotels and more.”

LSB, founded in 1902, has been headquartered in Reinbeck since 1934 and has 16 branch locations. The branch in Reinbeck will remain in operation.

The Cedar Valley TechWorks was created in 2008 when Deere and Co. rebuilt its Westfield Avenue manufacturing campus and donated two six-story, 150,000-square-foot buildings for future development.

Building 2 underwent a $42 million renovation into a Courtyard by Marriott hotel and Blue Iguana restaurant.

LSB officials said the support of the TechWorks and city played a major role in the decision to invest downtown.

“This is a tremendous project for the Cedar Valley and Waterloo,” said Mayor Quentin Hart.

The development agreement includes a $550,000 grant from the city; $3 million in state sales and hotel tax rebates paid over 15 years through the Iowa Reinvestment District program; and 70 percent property tax rebates over 20 years, estimated at nearly $3 million.

The city also will provide a half-acre of undeveloped city property downtown for a new LSB retail banking location and agrees to support its application for incentives through the Iowa Economic Development Administration’s High Quality Jobs Program.

A separate agreement with Cedar Valley TechWorks gives LSB the right to purchase the lower three floors of Building 1 in the future for its appraised value minus the cost of improvements.

WATERLOO — A relic of a bygone manufacturing era has been retooled as a cutting-edge research lab to create the foundry of the future.

WATERLOO — It may be dishing up Mexican cuisine, but the newly opened Blue Iguana is striving to be distinctly Waterloo.

WATERLOO -- An old John Deere building near downtown has been reborn as a showcase hotel.

Branstads back Miller-Meeks for Congress

Second District congressional hopeful Mariannette Miller-Meeks has landed the support of one of the most well-connected families in Iowa Republican politics.

COLUMN: What a difference a generation makes

You may, if you are old enough, recall a TV actor named Foster Brooks.

If you’re still hanging on to those campaign brochures from the Obama years or photos of you and the president, this could be your opportunity to share.

Mayor Quentin Hart is president-elect of the Iowa League of Cities' executive board.

We thank Mayor Brown for his service and wish him nothing but the best in future endeavors. We believe he still has much to contribute to his city and the Cedar Valley.

As remodeling wraps up at TechWorks, Lincoln Savings Bank begins moving into its new Central Campus

LSB offices will be located on floors five and six with space for future expansion on the fourth floor.

Create a steady income for retirement with these easy steps

Create a steady income for retirement with these easy steps

The top three floors of the Cedar Valley TechWorks’ Tech 1 Building, left, have been purchased by Lincoln Savings Bank. The bank will begin renovations in January and move to the space once it's completed.