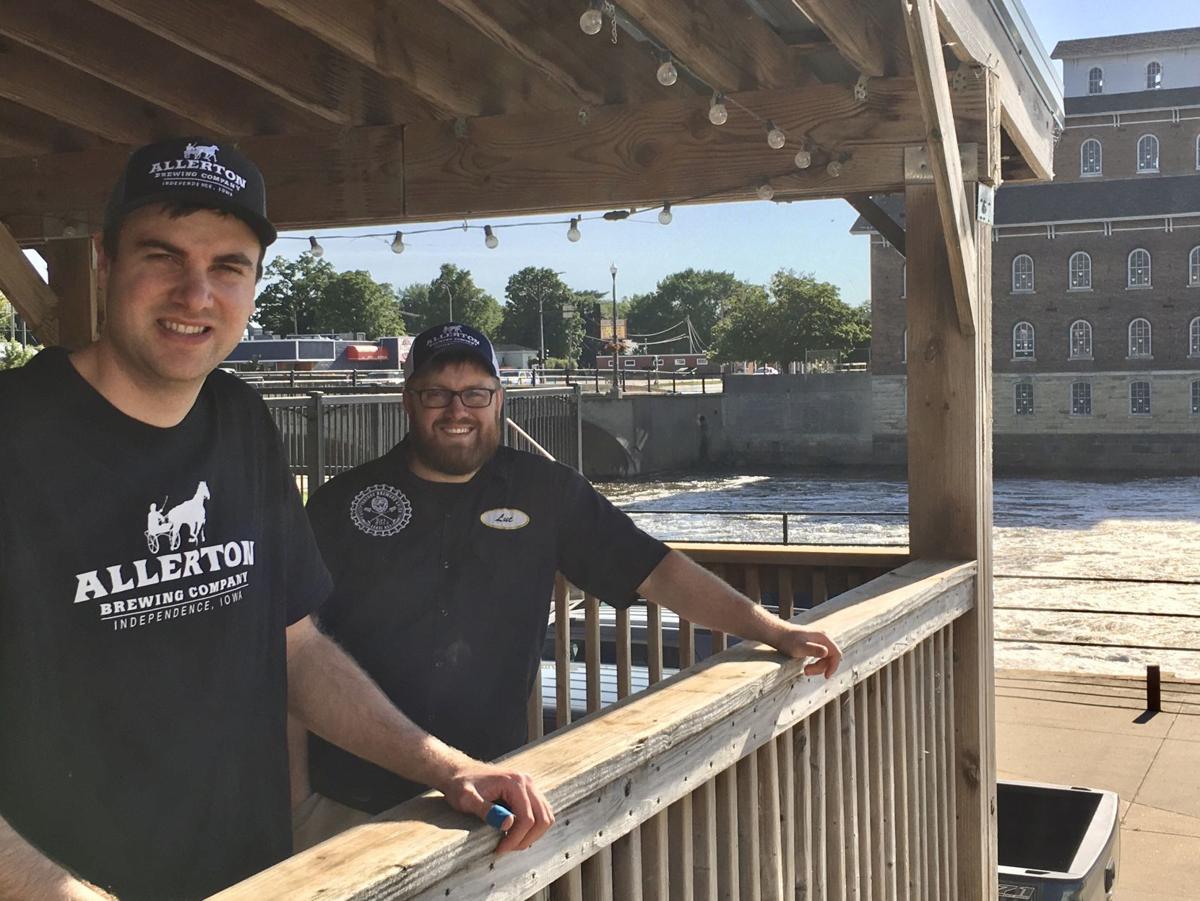 Brandon Mikel, at left, and Lucas Gray stand on the back deck of Allerton Brewing Co., which has a view of the Wapsipinicon River, dam and historic Independence mill. 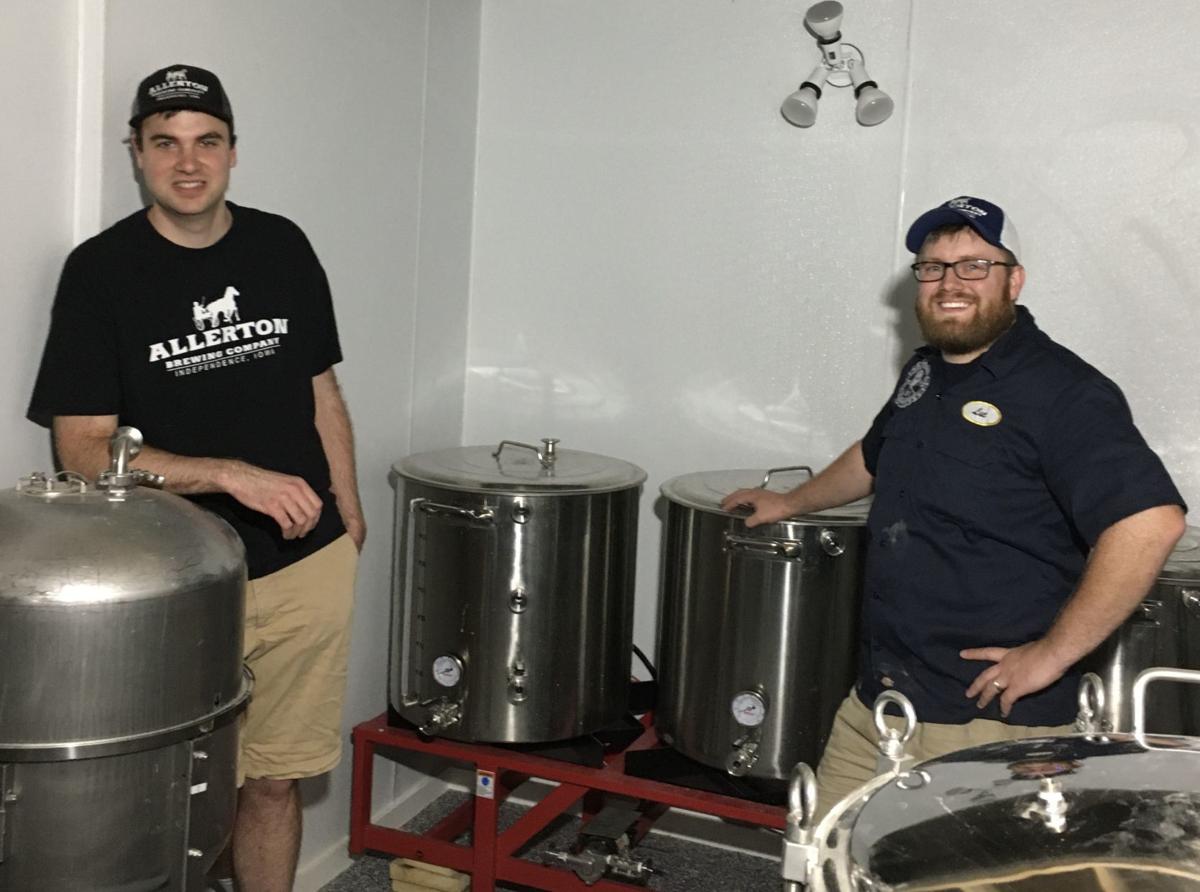 Brandon Mikel, at left, and Lucas Gray stand in the brewhouse of Allerton Brewing Co., which is expected to open in Independence this fall. 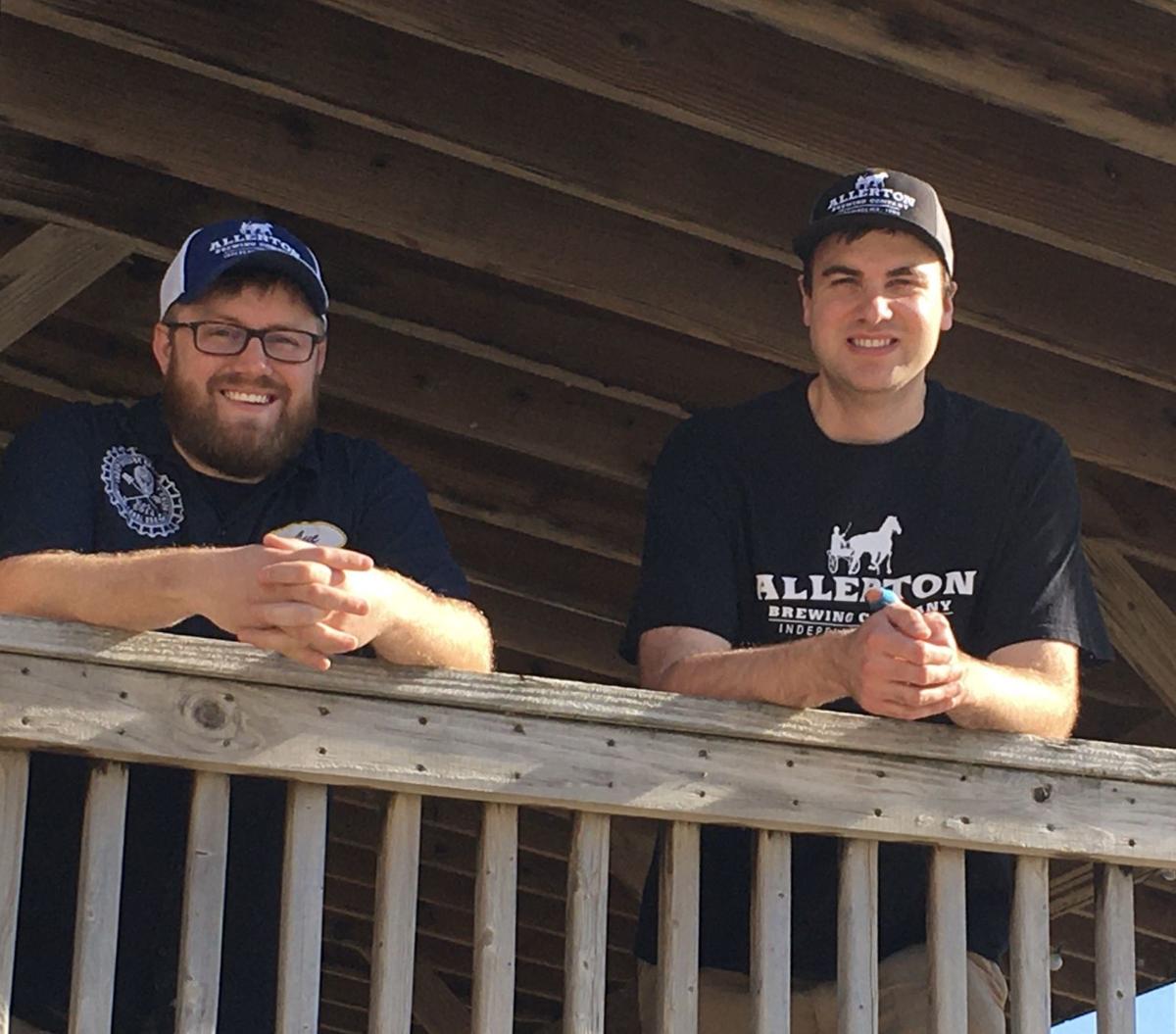 Lucas Gray, left, and Brandon Mikel stand on the back deck of Allerton Brewing Co., a beer brewery the two founded in downtown Independence.

INDEPENDENCE — A pair of brewers are tapping the town’s history with plans to play a key role in its future.

Lucas Gray and Brandon Mikel have co-founded Allerton Brewing Co. in downtown Independence with a goal of opening the taproom this fall.

“We wanted to tie into the town history,” Gray said. “What we’re really going for is a community feel. We’re not here to become the next Sam Adams; we’re here to be here for the town.”

The brewery is named after a record-setting horse from Independence’s once-famous 19th century Rush Park race track. It’s located in a nearly 150-year-old downtown building with a deck facing the historic mill across the Wapsipinicon River.

Allerton Brewing will be the first brewery to open in Buchanan County since former ale-makers were shuttered by Prohibition in 1920.

Gray, who made his first batch of beer 10 years ago at Iowa State University, met Mikel, who picked up the hobby two years ago, at a meeting of the Independence Brewers Union 334, a local home brew club.

A low-interest loan through the Buchanan County Economic Development Commission and their own equity helped the entrepreneurs get their shared dream underway.

They’ve been working nights and weekends to build the taproom and brewhouse, which will include a one-barrel system with five fermenters. They spent more than 80 hours scraping plaster to reveal the circa-1870 brick wall and will resurface the old wood floors.

“We pulled up some of the boards and there’s square nails in them,” Mikel said, highlighting the historic nature of the space.

Iowa now has more than 105 craft breweries and has been part of a national surge in the industry. But Gray and Mikel believe there’s plenty of room for breweries focused squarely on the hometown market.

“There’s a big benefit to being hyper local,” Gray said. “The market is saturated for national brands, but it’s not saturated for the local, ‘made in your town, come sit in the taproom and drink it’ (beer).”

Mikel said both men plan to tend bar and interact with customers as much as possible to get feedback. “You can come in an talk to the owners and the brewers and learn about the beer,” he said.

The brewers plan to have five core beers on tap all the time: Allerton Ale, a Belgian-style abbey ale; Allerton Ultra, a lighter version of the beer; a hefeweizen; Wapsi-Daisy, a West Coast IPA; and a peanut butter stout.

Rotating offerings, like an Octoberfest or Gray’s Belgian dark strong — a gold medal winner at the Iowa State Fair — will join guest taps too.

“The New England IPAs are some of my favorites,” Mikel said.

But don’t expect anything too crazy out of the taps, at least not out of the chute.

“The people who only like Busch Light, we’re going to have a beer for them,” Gray said. “Our focus is on making what’s right for the town. We’re going to make good beer, but we want people in the town to be happy with it.”

Allerton Brewing also is planning to stay rooted in Iowa, using grain from places like Black Gold Malt Farm in Cascade and hops from Buck Creek Distributing in Solon.

Allerton Brewing has already established a founder’s club to raise money in return for discounts for members. Hats, shirts and other merchandise featuring the namesake horse in a harness race also have been printed.

Independence has a strong connection to the horse.

Charles W. Williams built the kite-shaped Rush Park race track on the west side of town before 1890 and was the owner of two record-setting horses — Axtell and Allerton — that brought national attention to Independence. The track, which no longer exists, drew thousands of spectators, according to historic accounts.

“Axtell got more notoriety early on,” Gray said, noting Independence took advantage by branding many things with the horse’s name. “But Allerton actually turned out to be a faster, better horse.”

Mikel said the brewery plans to get a few kegs out to local bars soon and will can some beer this summer for distribution.

“We hope it will get people a little more hyped up about it, actually trying our beer before we open in the fall,” Mikel said.

More information about the brewery at 110 First St. E., can be found online at AllertonBeer.com and on Facebook.

Relaxed liquor laws are allowing local breweries, bars and restaurants to continue providing beer and cocktails to customers while taprooms and dining areas are shuttered due to COVID-19.

Verve Kombucha Kitchen and Bar has opened in the downtown Waterloo Public Market building at the RiverLoop Expo Plaza.

The 4th of July holiday will change garbage pickup that week in Cedar Falls.

Brandon Mikel, at left, and Lucas Gray stand on the back deck of Allerton Brewing Co., which has a view of the Wapsipinicon River, dam and historic Independence mill.

Brandon Mikel, at left, and Lucas Gray stand in the brewhouse of Allerton Brewing Co., which is expected to open in Independence this fall.

Lucas Gray, left, and Brandon Mikel stand on the back deck of Allerton Brewing Co., a beer brewery the two founded in downtown Independence.