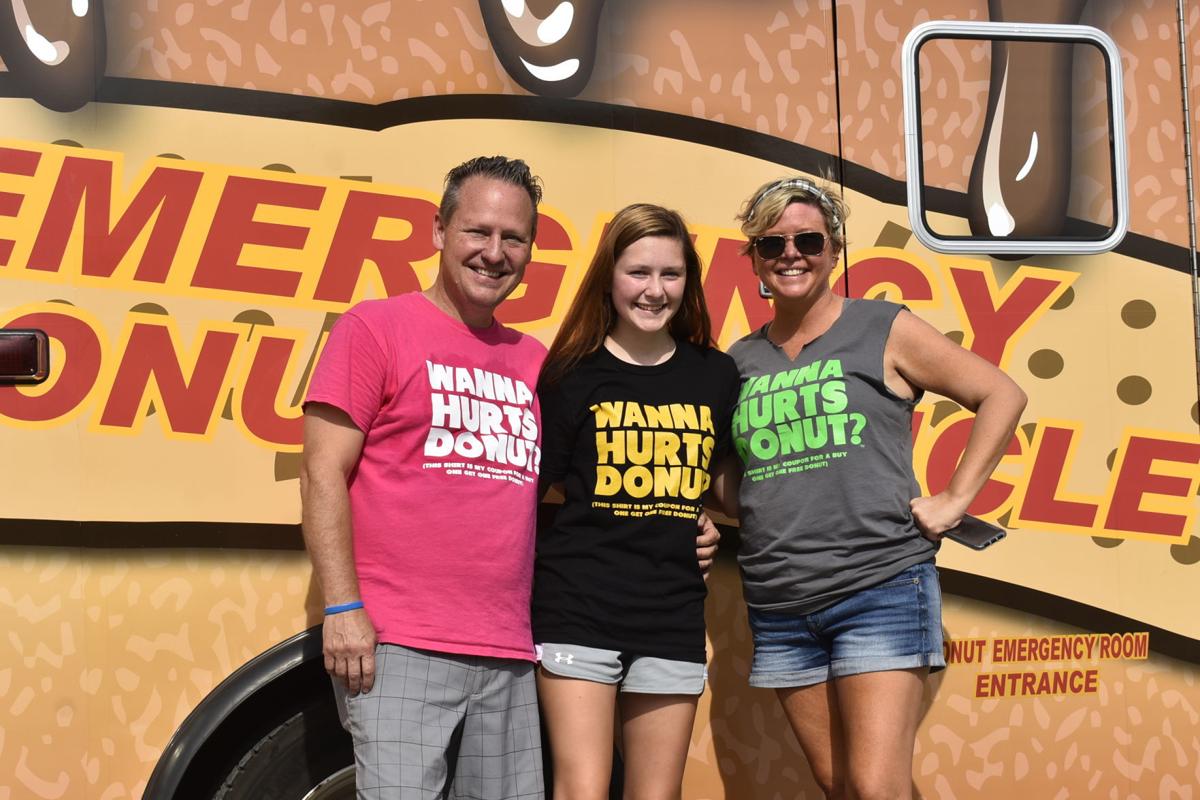 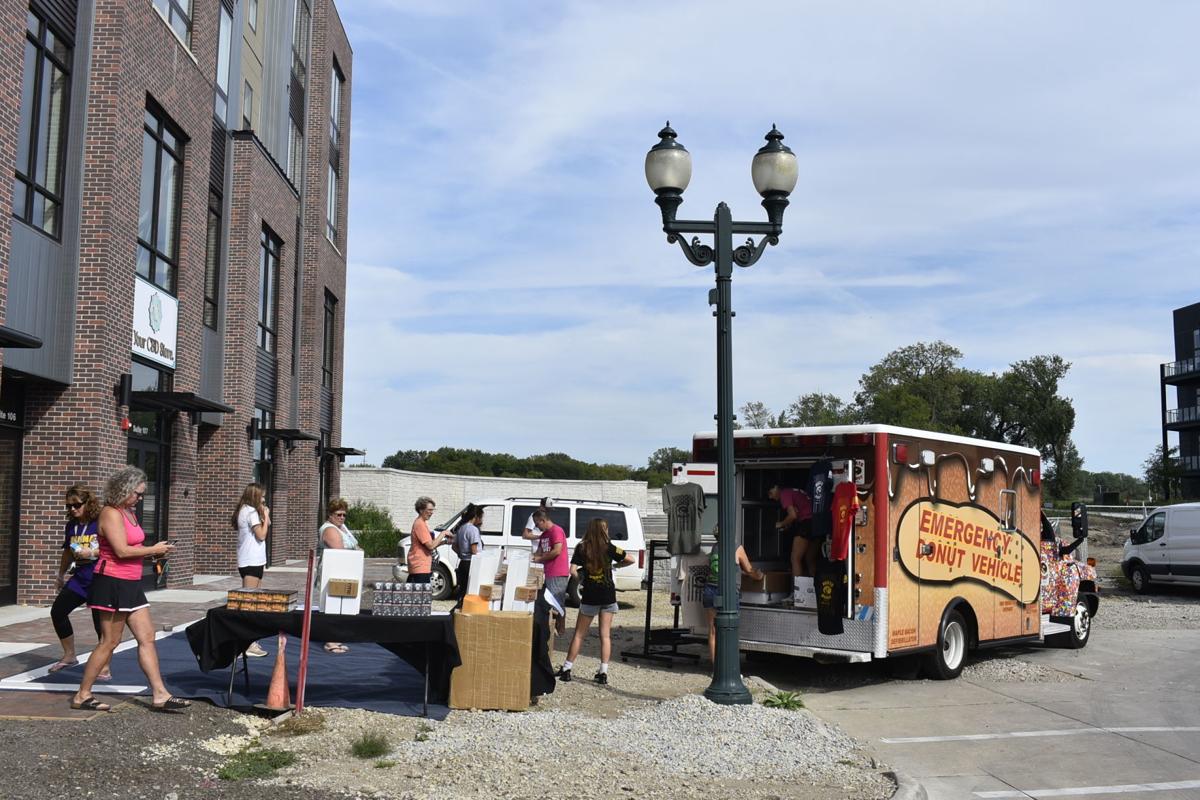 On Monday, a truck outside 100 E. Second St. Suite 108 was giving out free donuts and selling T-shirts and other goodies from its “emergency donut vehicle.”

“We’re hoping to open very soon,” said Janelle Wilks, owner of the new franchise.” With construction and how there always can be delays, we don’t have a firm date yet.”

The T-shirts sold Monday act as a “wearable coupon,” and allow wearers to move to the head of the line opening day.

The new store was announced in May and interest swelled immediately.

“We just had such an outstanding following on Facebook and lots of reaction,” Wilks said. “Since we’re not quite ready to open we wanted to do some sort of event to get people excited.”

Wilks first applied for the franchise license about two years ago.

“It’s been quite the process,” Wilks said. “Within those two years was a year when I was battling breast cancer, so that slowed me down a little bit.”

“We post everything we can on Facebook, so you’ll always know what’s going on,” Wilks said. “We’ll post construction updates and all kinds of fun stuff.”

Cedar Falls residents are a step closer to being allowed to install monument mailboxes.

A residential housing development including more than 200 lots is being proposed near the future site of the new Cedar Falls High School.

Campaign almanac: Candidate forum to be hosted by UFCW

Winnebago Industries has agreed to purchase an Indiana RV company for an estimated $344 million in cash and stocks.

Board of Iowa insurance pool travels far for public meetings

Board members of an Iowa government insurance program have frequently held public meetings at posh out-of-state resorts, costing tens of thousands of dollars while making it harder for the public to attend, a review by The Associated Press shows.

Andrew Yang, who has been called “the internet’s favorite candidate,” turned into something of a latter-day Oprah during Thursday night’s 2020 Democratic presidential debate.

The commission, which received notice of the vacancy from Gov. Kim Reynolds on Sept. 3, has 60 days to send a slate of nominees to the governor, who makes appointments to the court.

The first phase of reconstruction on W. 1st St./Hwy 57 is finishing up

Construction on the first phase of West First Street/Highway 57 reconstruction is coming to close.

Mitchell County has a lot to offer, whether it be living in town or on a farm. And now, through a new promotional video, residents outside of the county will be able to discover what they already know – Mitchell County is a great place to call home.

A benefit to support Hallie Koenigs, who is battling childhood cancer, is set for Saturday at the Riceville Community Center.

A new ice cream shop has opened in Cedar Falls to cater to more outdoor crowd.

No shortage of doughnuts as Hurts opens in Cedar Falls

Hurts Donut Co.'s opening ensures Cedar Falls will have no shortage of pastries, with more than 70 varieties offered. Owner vows to 'give back' to community through business.