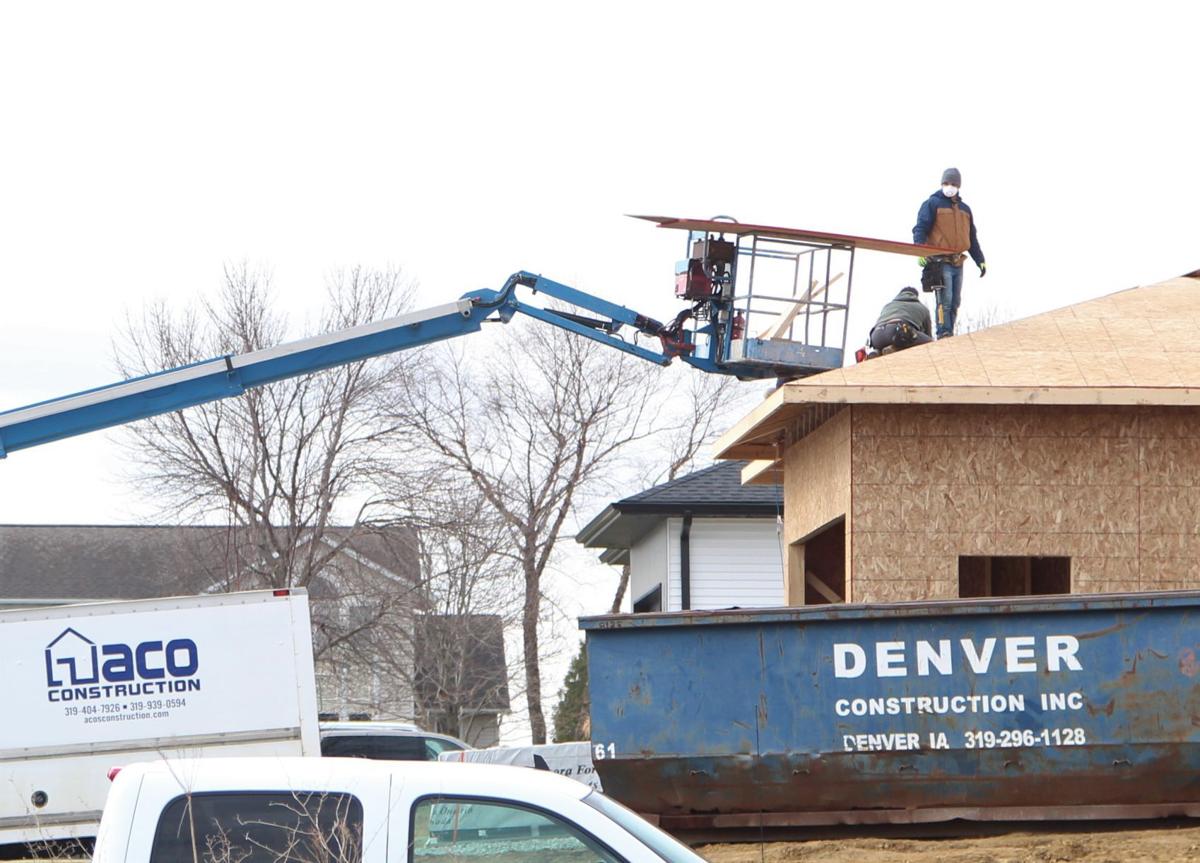 Construction crews work on houses being built on Blue Wing Drive in Waterloo on Friday. 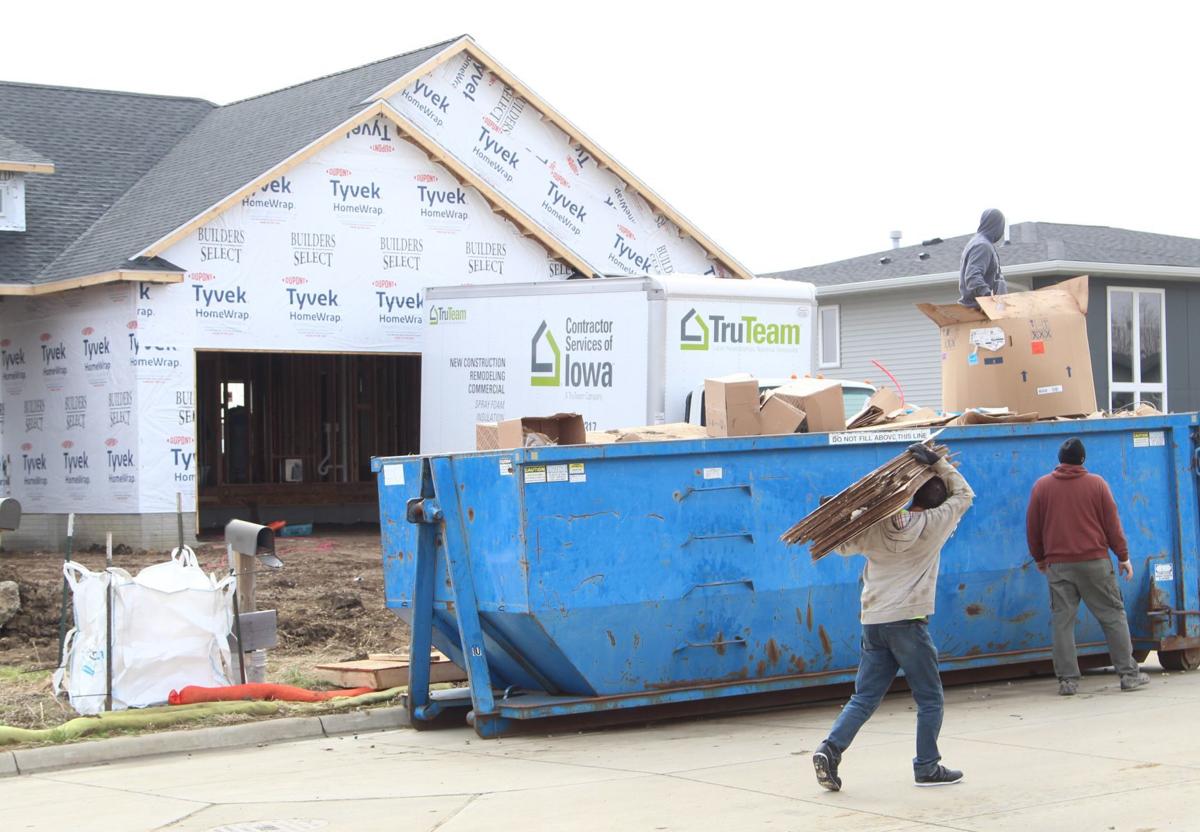 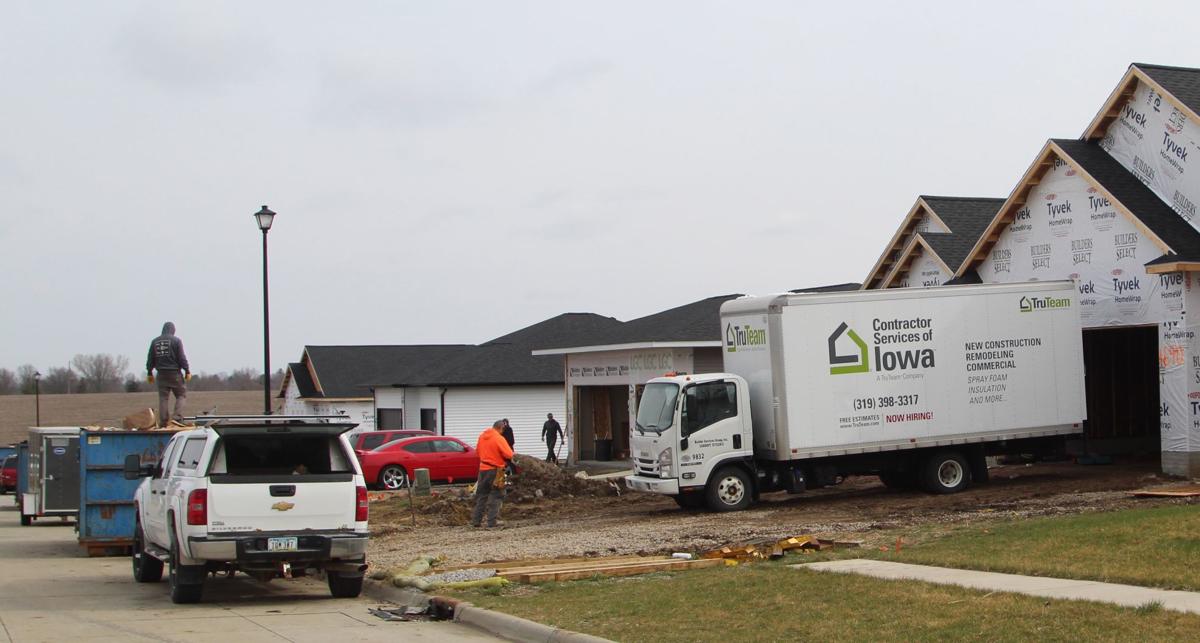 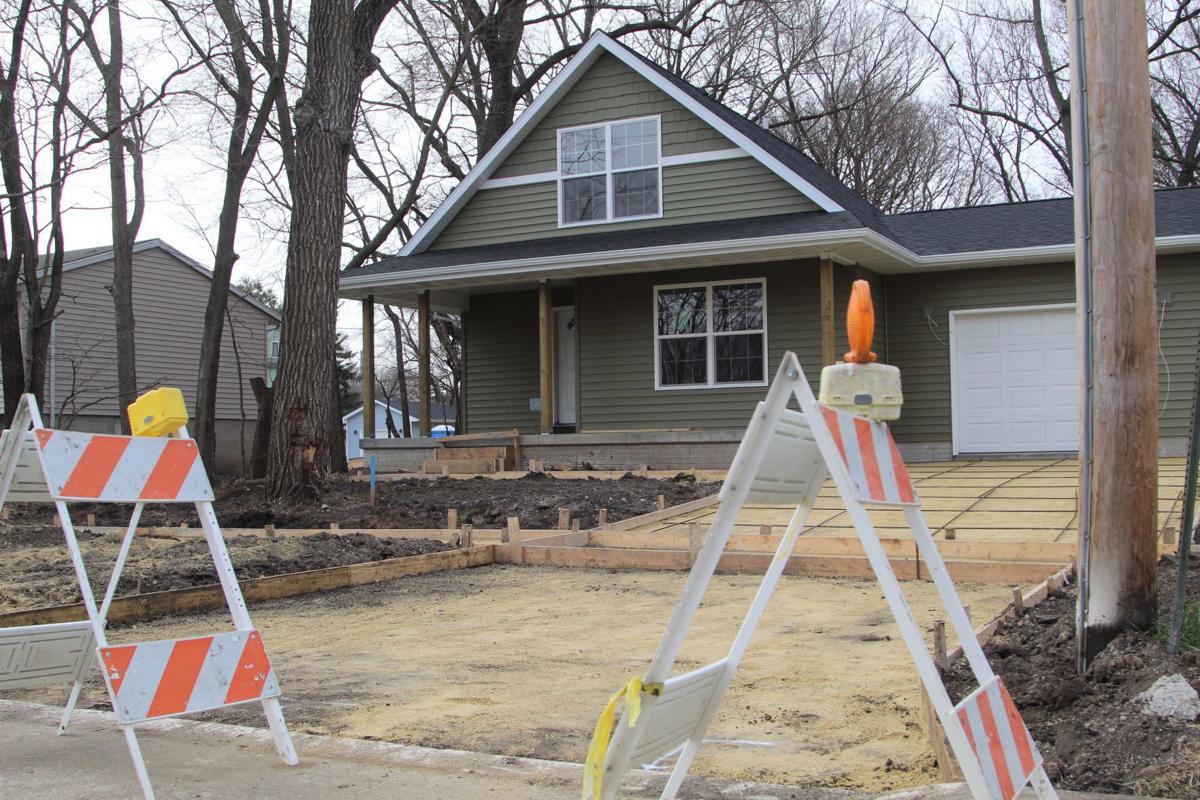 Habitat For Humanity is building several homes in the Clay and Saxon street neighborhood, including this house at 416 Argyle St.

WATERLOO — Coronavirus, and the restrictions brought upon by attempts to limit the virus’ spread, have impacted nearly every corner of the economy.

For home builders and construction crews working on remodeling projects, however, it’s largely been business as usual: People still want new homes built, and their homes remodeled, at about the same rates.

But that’s not to say the industry is immune, or won’t be if the economic fallout wears on.

“Our industry has been working,” agreed Ben Hammes, director of public affairs for Master Builders of Iowa. “Not as full bore as we were three weeks ago, but job sites are continuing.”

Manning divides his industry into two groups — new construction and remodeling — and said they’ve been experiencing the last several weeks very differently: New construction is in “heavy demand,” much as it had been in this area before the pandemic.

“New construction has continued to go really strong,” said Manning. “If anything, the home owners are pushing the contractors to finish up as soon as possible.”

But remodelers haven’t been so lucky.

“They’re busy, but they’re only scheduled out a few weeks now — where usually, in the middle of April, they can be scheduled out for the next two to three months,” Manning said.

All crews are working as normal, using their supplies of N95 masks, safety goggles and gloves on hand — protective equipment required by federal guidelines while on the job, but nonetheless in short supply as the coronavirus pandemic rages on.

“They still need to abide by OSHA,” Hammes said. “There’s still a need (for PPE), in order for guys to be in compliance and not risk their own safety.”

Remodelers — who come into contact with residents more often than home builders — are emphasizing their safety protocols and working with residents on ways they can get a project done while limiting contact and exposure.

“They determine what each party is comfortable with. Whether they want the remodeler to wear a mask or gloves is a very frequent (request),” Manning said. “Safety on both sides is negotiated.”

Home building companies are being helped by the federal Paycheck Protection Program, which is providing $350 billion in forgivable loans to help businesses and nonprofits keep up with payroll and expenses.

“That’s something many of our members have applied for,” Manning said. “That’s helped them tremendously, being able to keep their labor force with weekly funds.”

The cities of Waterloo and Cedar Falls are continuing to issue building permits for local construction projects electronically or by mail and phone.

But building departments in both communities are putting off certain types of inspections to avoid unnecessary contact with contractors or the public.

“We are still open and processing permits but have asked that homeowners and contractors do as much as possible via email or normal mail,” said Greg Ahlhelm, a Waterloo building official.

“We have temporarily limited certain inspections that we look at concerning residential settings and have advised our staff as to how to better protect themselves as this situation progresses,” he added.

“The inspections that we have chosen to continue doing have minimal risk and contact with others,” Castle said. “ However, the inspectors are encouraged to practice social distancing and have PPE on hand if they need it.”

The Iowa State Patrol is investigating a crash between a semi and a car the left two area people injured.

UnityPoint Clinic has transitioned part of its family medicine clinic in Toledo to a respiratory illness clinic.

The Salvation Army of Waterloo/Cedar Falls will be taking part in “GiveFromHomeDay” on Tuesday, April 21.

Construction crews work on houses being built on Blue Wing Drive in Waterloo on Friday.

Habitat For Humanity is building several homes in the Clay and Saxon street neighborhood, including this house at 416 Argyle St.