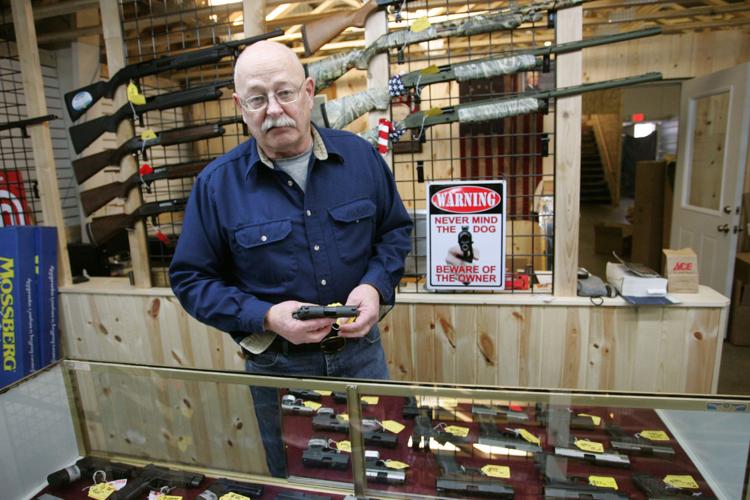 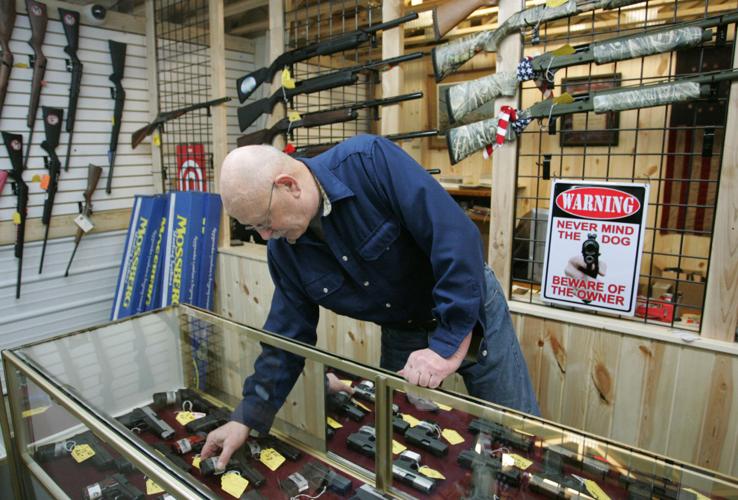 CEDAR FALLS — Gun dealers across the region say sales are booming, thanks in part to political cries for more gun control after a December terrorist attack in California.

On Jan. 4, President Barack Obama announced plans to issue an executive action on gun control in the wake of a terrorist attack in San Bernardino, Calif., that killed 14 people and seriously injured 22 others.

Critics of Obama’s plan say he overstepped his Constitutional authority in issuing such orders. They also point out that California’s strict gun laws couldn’t have prevented Syed Rizwan Farook and his wife, Tashfeen Malik, from carrying out the attack on Farook’s office Christmas/holiday party Dec. 2.

“Mr. Obama is the greatest gun salesman this country has ever seen,” said Mike Rosteck, owner of Mr. Guns, at 305 Roosevelt St. in Cedar Falls.

Rosteck said Jan. 22 that sales at his store were up by about 52 percent from a year earlier.

“Last year, they were up too,” he said. “It doesn’t take a genius to figure it out. The insecurities we get from the federal government, people can’t take it.”

Rosteck recently moved his store from a smaller location on First Street in Cedar Falls to space more than twice as large — about 7,000 square feet. It has room for indoor archery and for conceal-carry classes the business offers.

Mr. Guns offers two classes each month, and about half of enrollees have been women, Rosteck said. Class sizes are limited, and generally attract more interest than they have capacity, he added.

The class is required for anyone applying for a conceal-carry permit with the county, Rosteck said.

“Some people just want to keep it at home,” he said.

Handguns are some of the biggest sellers, Rosteck noted.

“Anything from a carry gun to a target gun,” he said.

“Gun and ammo sales have been up quite a bit,” he said.

Willms didn’t speculate on the reasons.

“I really don’t know, but we go to gun shows and the crowd at shows is good and they’re buyers,” he said. “The people you talk to, you get a variety of answers. Some don’t care about the political situation. Some are afraid they won’t be available.”

Willms’ company has manufactured ammunition for the last 4 1/2 years, he said.

Availability of ammunition currently depends on “what you’re after,” Willlms said.

Availability “goes in spurts” in general, he said.

“They’ll just kinda fool you and dangle that carrot say that it’s gonna be available,” he said.

“It’s been increasing, especially in handguns and AR15-stye rifles – the one the media keeps calling the assault (rifle),” he said.

Buyers are “a variety of young to old,” he said.

Sales haven’t changed from a year ago, Davis said.

“About the same, maybe a little higher since the terrorist attack in California,” he said.

Immediately after the San Bernardino killings, there was a “small spike” in sales, Davis said.

“I tell you, the last three to four years have been spectacular,” he said.

Zanotti’s company has a seven-month turnaround time on its orders, he said.

“We’re on the back end,” he said. “More and more Americans are realizing that to be a responsible gun owner, you need to keep your guns locked up so bad guys can’t get to them.”

He also noted his company’s safes are sold as “personal security closets” for valuables, “but most of what we sell is for guns.”

Monkeypox: What we know about the virus as the WHO considers if the outbreak is an 'emergency'

When you should use credit over cash

When you should use credit over cash

Every wonder what happens to your credit score when you miss a payment?

Every wonder what happens to your credit score when you miss a payment?

Tips for buying your first car amid historic shortages

Tips for buying your first car amid historic shortages