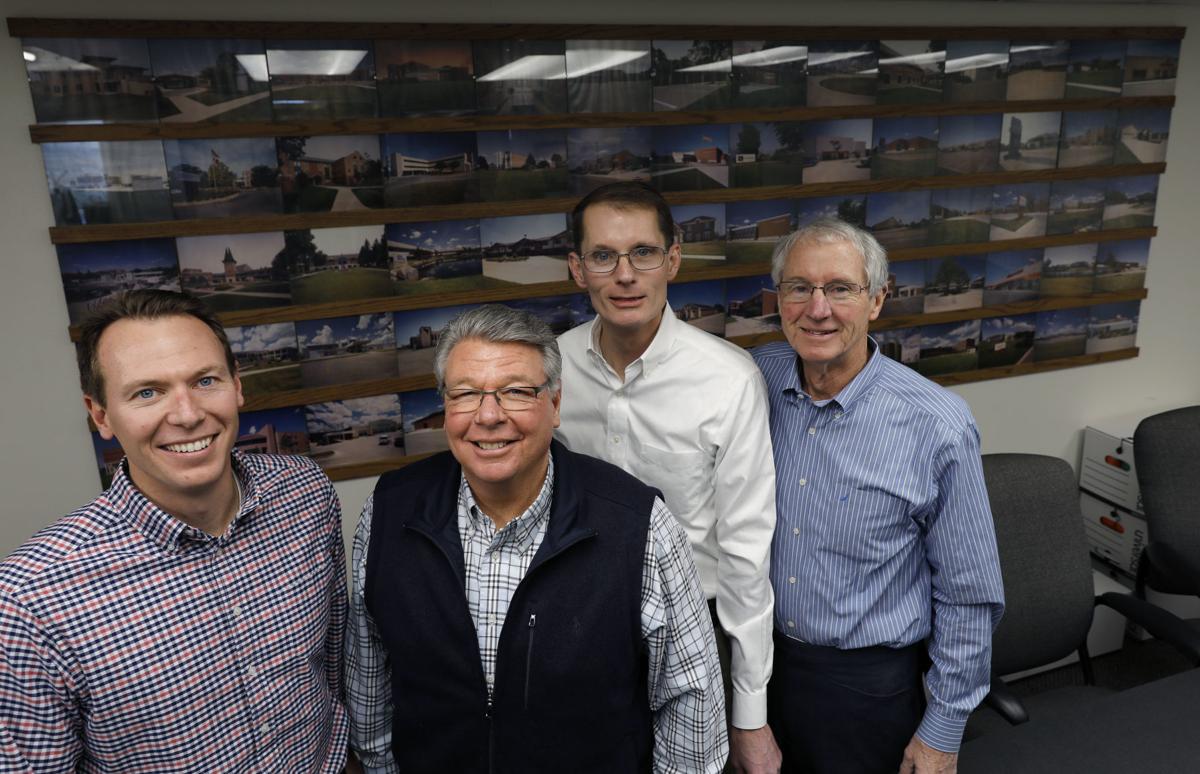 At the helm of the Young Plumbing & Heating team are, from left, Andrew Tink, Mark Tink, Travis Young and Rick Young. 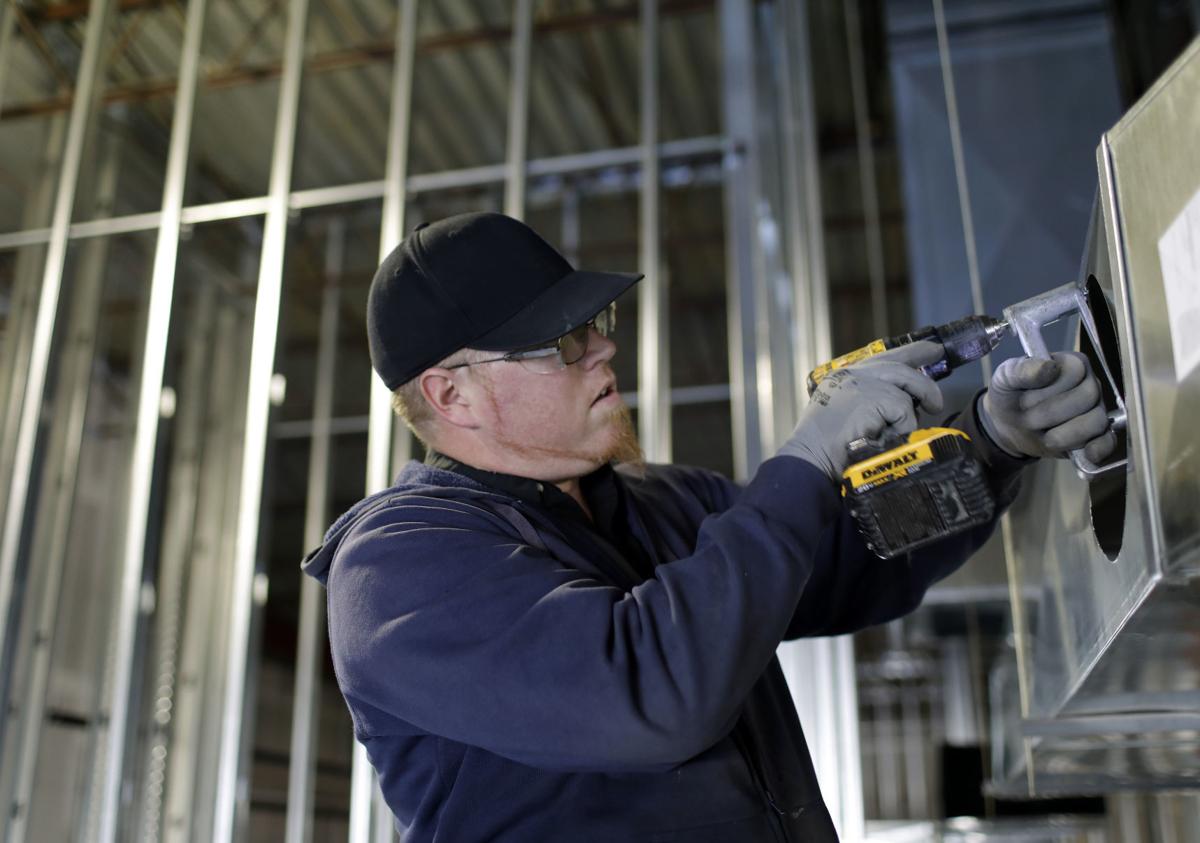 Young Plumbing & Heating HVAC installer Mike Fitzpatrick cuts a hole in the ductwork for a damper on a commercial job. 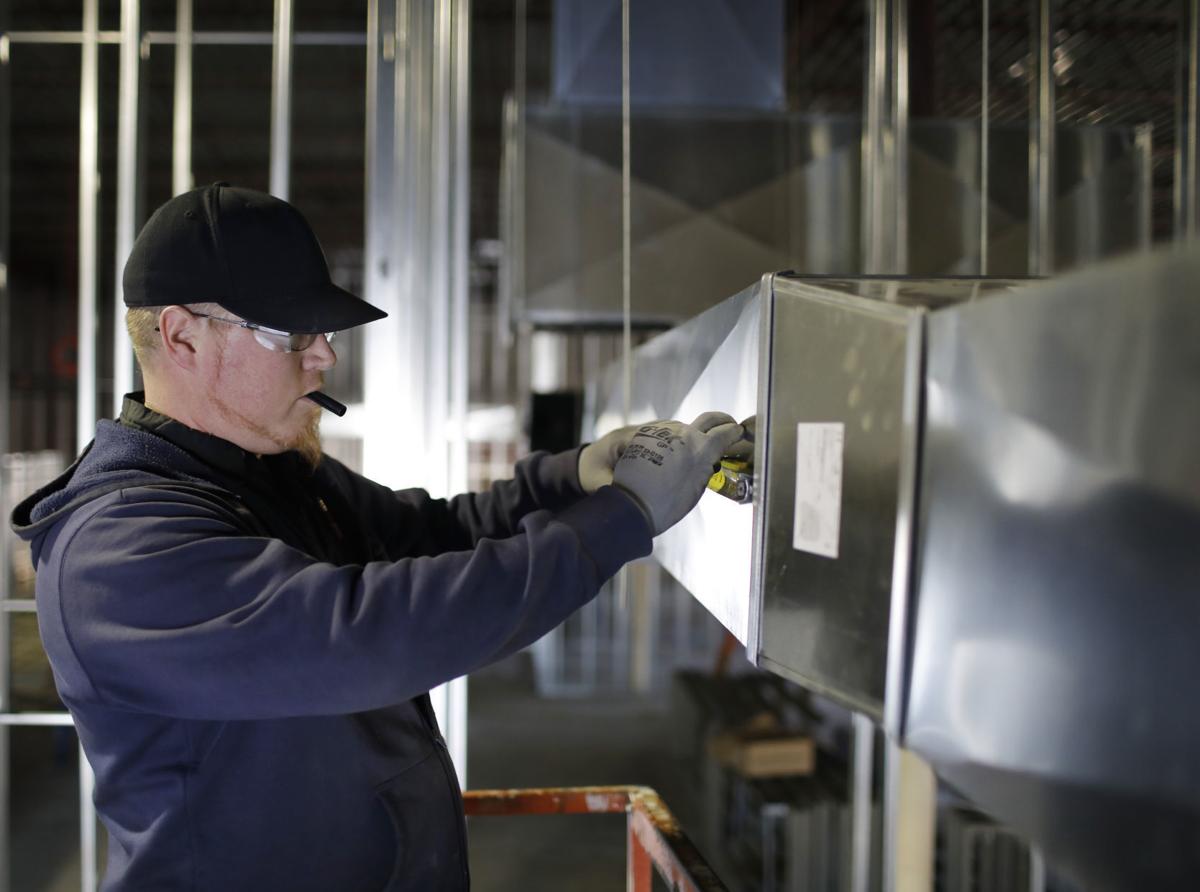 Young Plumbing & Heating HVAC installer Mike Fitzpatrick measures a hole in the ductwork for a damper on a commercial project.

WATERLOO — It’s been a family affair since John Bade Young harvested ice from the Cedar River between West First Street and Mullan Avenue in the 1880s.

Nearly 140 years later, Young’s successor enterprise, Young Plumbing & Heating, has involved several generations of families, from the Young, Becker and Tink families on down through the employees.

The partnership continued through the next generation with Rick C. Young and Becker’s son-in-law, Mark Tink, who worked his way up through the ranks and is current company president; on down to Rick’s son Travis Young, current vice president, and Mark Tink’s son Andrew, a director. The company’s 140-plus employees also include several generations of families.

“Dick and Arnold were partners for more than 35-40 years. Mark and Rick have been partners for 30-35 years and Arnold’s grandson, Andrew Tink, Mark’s son, came back from Chicago about five years ago,” Travis Young said.

“The coal company started in 1881, and in 1883 they started the ice business. With coal it was seven months of the year. So most companies that were doing coal sales also got in the ice sales,” Travis said.

The company’s ice house was at the approximate present-day location of Young Arena, which opened in 1994 as the result of a gift from the Young family. They and the Becker/Tink families have continued to grow their business and contribute to the community in a number of ways, earning them this year’s Cedar Valley Business of the Year award for a family-owned enterprise.

“Young Plumbing & Heating has been keeping the Cedar Valley comfortable for four generations,” said Rick Jaacks of Community Bank & Trust, in nominating the company for the award. “In addition, the Cedar Valley has benefited greatly from the community support given by the families.”

The present-day plumbing and heating enterprise is predated by several generations of Young family coal and ice operations. Members of the Young family had heated homes with coal and cooled their homes and food with ice for generations: John Bade Young, son John Arthur Young and his sons, Dick H. and Bob Young. Those brothers co-founded in 1943 what was Young Heating Co. Dick Young partnered with Arnold Becker. Bob Young continued Young Coal Co. through the early 1980s, when the enterprise still had about 200 customers, including many farmers. Arnold Becker and Dick Young added a plumbing operation to Young Heating in the 1960s, hence the present name.

The Youngs and Becker/Tink families have a shared German heritage. The Young family ancestors hail from the Schleswig-Holstein area of northern Germany, between the Baltic and North seas near the Danish border, where the family name was originally Junge (pronounced “yoongie”), and later Anglicized and changed to Young. Family folklore has it that the first family member to set foot in the New World was a Hessian mercenary who fought for the British and was captured by Gen. George Washington’s forces during the Revolutionary War. The old Hessian repatriated to Schleswig-Holstein, and his descendancts, the children of Hinrich Martens Junge and Anna Catharina Kruse Junge, including John Bade Young, came to America generations later.

A family culture has permeated Young Plumbing and Heating through the generations.

“That culture can be a burden,“ he said. “Each generation wants to make certain they’re continuing the growth that the company’s had here. But also protecting the pride that past employees and past leaders of this company have built, and certainly continuing that for future leaders of this company. Whether that’s myself, that’s Andrew or our kids and grandkids. We also want to protect the employees that made this company what it is. We’ve got current employees that their grandparents worked for Arnold Becker or Dick Young,” and whose children are hiring on now.

The company does business within a 50-mile radius and tries to concentrate in that area to keep workers close to home and with their families instead of on the road.

“We’ve always felt an obligation to benefit the industry,” as well as the community, Travis Young said, through apprenticeship programs to help the community, the industry and the local workforce. “What we’ve found, because of the culture, we do best if we hire someone who comes in with limited knowledge and experience that we can train. We’ve got a tremendous number of employees with 20, 30 and 40 years of experience. That’s helped promote the culture and keep that culture going. We want to be able to take pride in the work we do and we want our employees to take pride in the work they do. The company’s very blessed we’re based in Northeast Iowa. People here have a strong work ethic.

“Each generation has built responsibility to train the next generation,” Travis said, “and to inherit and lead a company they can be proud of.”

Distributors and farmers already dealing with struggling supply chains could have even more trouble finding parts as the UAW began its strike Thursday.

Astronomers may have discovered the first planet outside of our galaxy

At the helm of the Young Plumbing & Heating team are, from left, Andrew Tink, Mark Tink, Travis Young and Rick Young.

Young Plumbing & Heating HVAC installer Mike Fitzpatrick cuts a hole in the ductwork for a damper on a commercial job.

Young Plumbing & Heating HVAC installer Mike Fitzpatrick measures a hole in the ductwork for a damper on a commercial project.