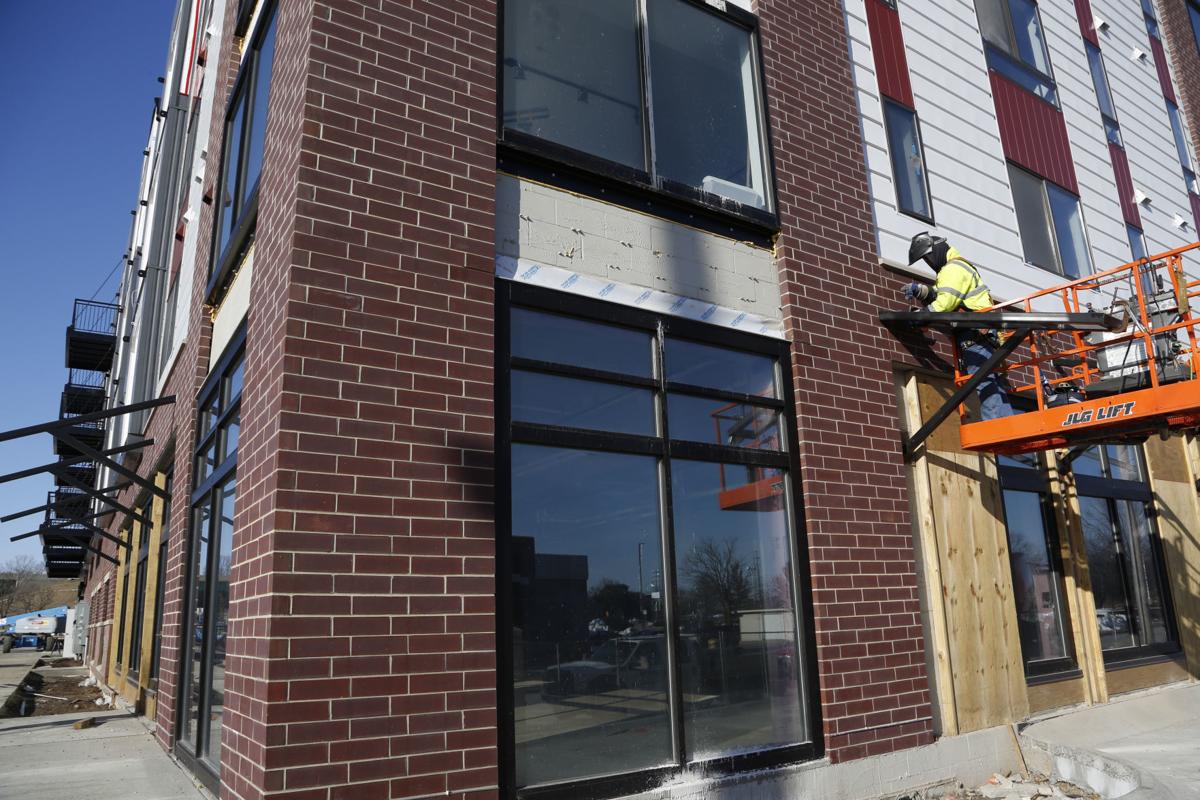 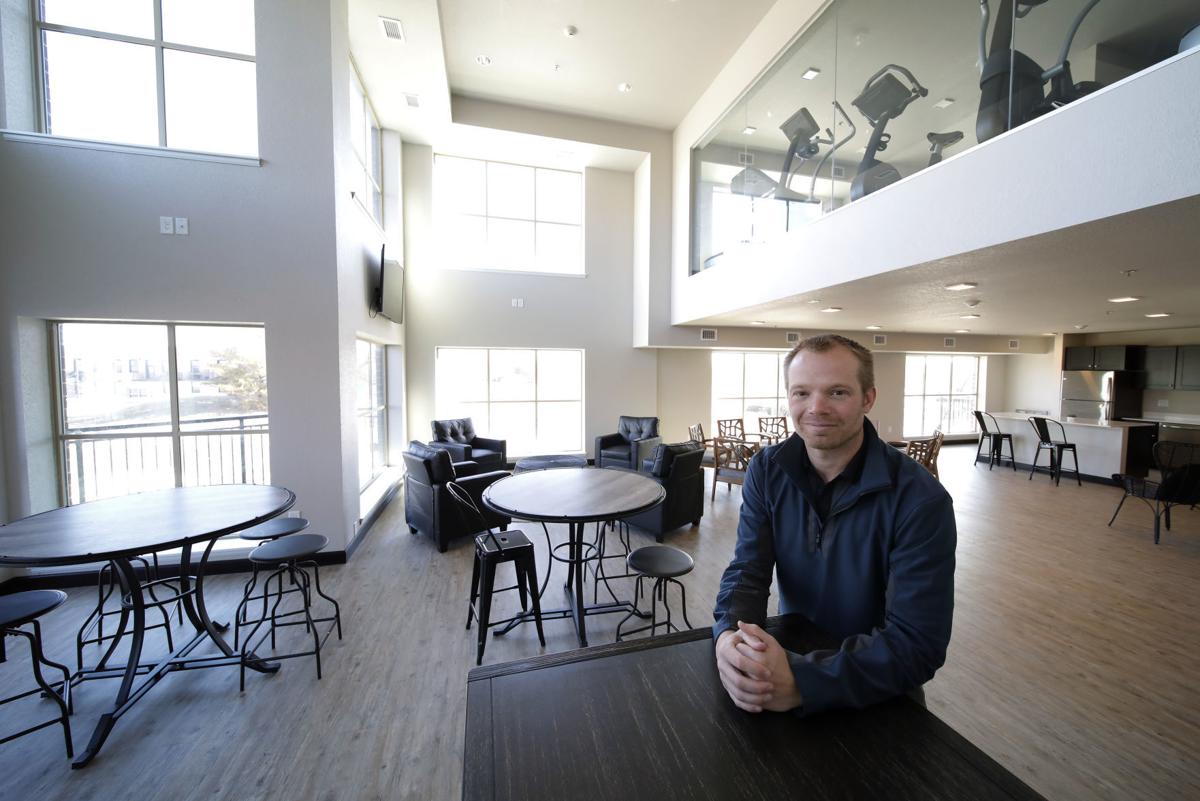 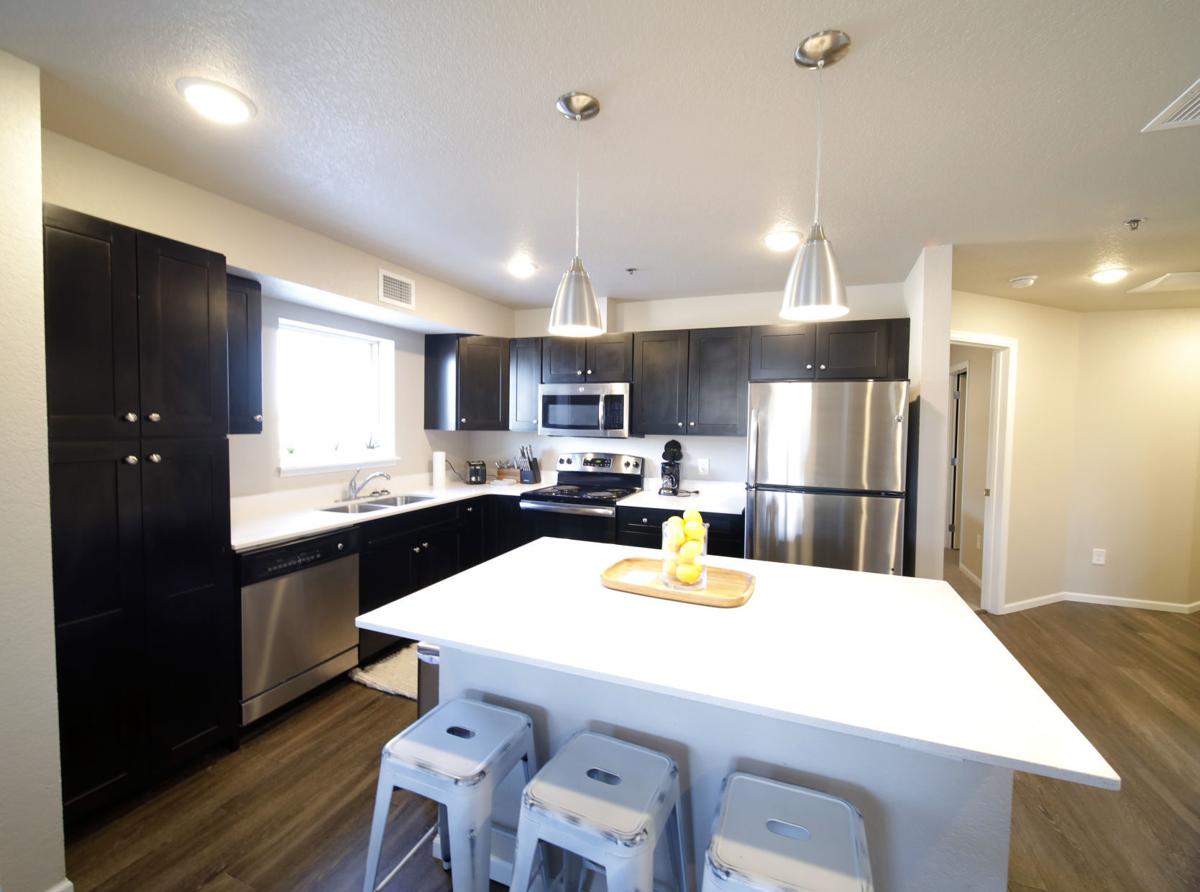 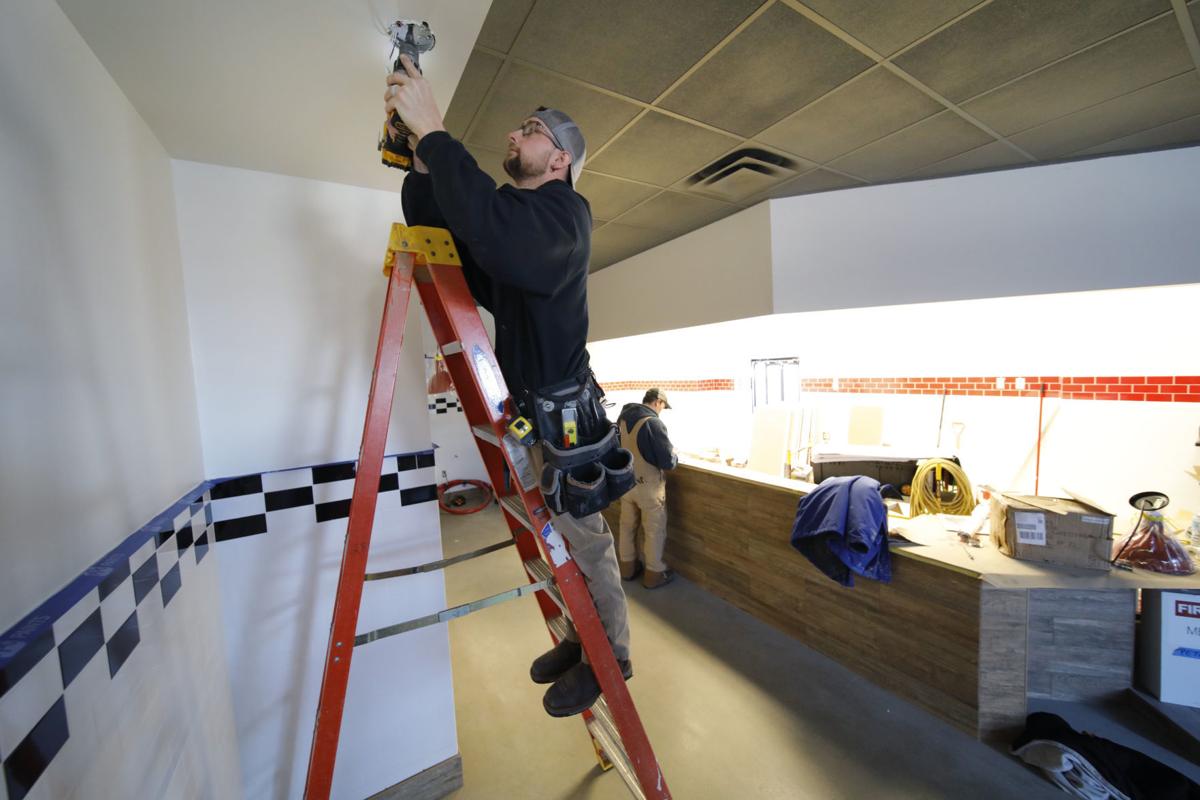 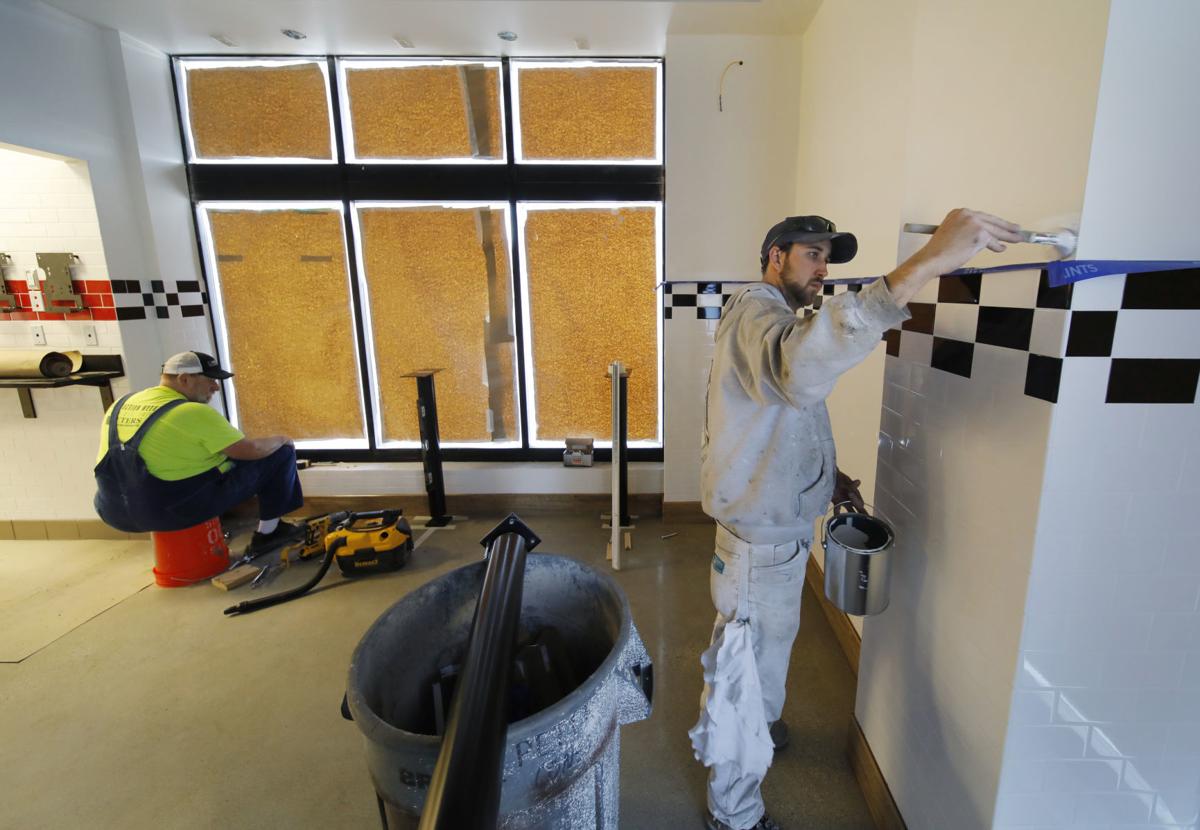 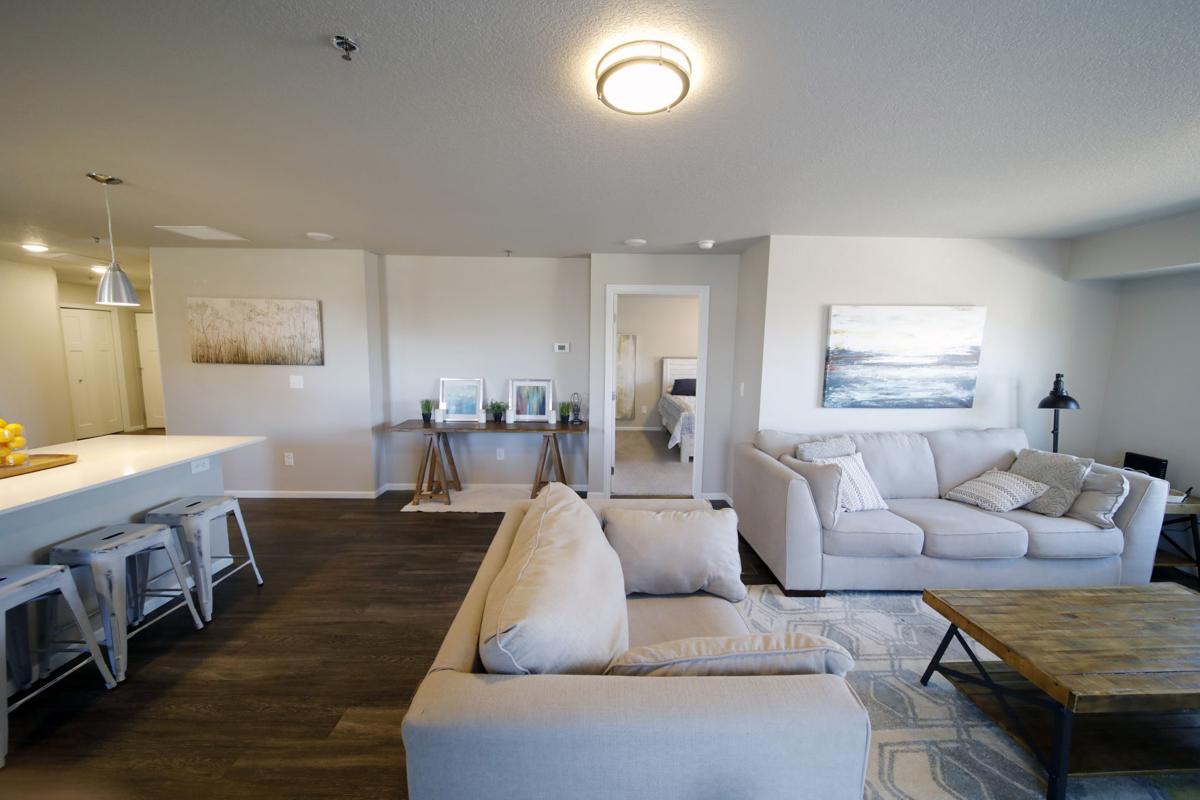 WATERLOO — Developer Brent Dahlstrom is doubling down in downtown Waterloo, and he thinks he has a sure thing because of everything going on around him.

Dahlstrom is near completion of his second building in Grand Crossing, a residential-commercial complex being built on the former Grand Hotel site just north of U.S. Highway 218 and east of the Cedar Valley TechWorks. Longtime residents will recall the site as the location of Clayton House hotel, later known as the Twin Torch Inn.

The first building is fully occupied, and Dahlstrom anticipates the second will be finished this spring. It will have upper-level apartments, ground-floor commercial space and drive-under parking. The first commercial tenant in the new building, a Jimmy John’s sandwich shop, will be open in a few weeks. He’s also anticipating a Sidecar Coffee outlet locating there.

All, told, it’s about a $20 million project. Dahlstrom’s confidence in the project’s success is buoyed by all the development he’s seen around it since it started several years ago, including the growth of Cedar Valley TechWorks and the addition of a Courtyard by Marriott hotel on that campus; Hawkeye Community College’s new urban campus building going up across West Mullan; the earlier investment in the Cedar Valley SportsPlex, still less than 10 years old; and the reconstruction of U.S. Highway 63.

Thirty-six residential units are in the new building. He has a waiting list.

“We’ll be full in this building by June,” Dahlstrom said, with current and prospective tenants including “teachers, nurses, a lot of people who work at Allen (Hospital) and Deere,” Dahlstrom said. “We even get UNI students because of a lack of options in Cedar Falls for new (housing).”

“The other (building) has a lot of common area spaces, so we have shared uses between the two buildings,” including a gym and area for receptions and special events. “We still have about 4,000 square feet (of commercial space) to lease out,” he said. “We’re talking to people,” but no additional commitments have been signed yet.

The other activity in the area has been great for the project, Dahlstrom said. “When we started, TechWorks (Courtyard) was an idea; they hadn’t even started. Hawkeye wasn’t even known at the time. SportsPlex had started ramping up. I think when you total it all together there’s been over $100 million of investment in three years. That’s substantial in one block.” And that does not include the reconstruction of U.S. Highway 63 underway.

“We have a couple more projects coming and it’s been great to work with a city that’s so supportive of growth,” Dahlstrom said.

Second in a series of stories on this year’s 20 Under 40 winners.

WATERLOO — The city faced vocal opposition to a plan to buy a prospective development lot without a potential tenant.