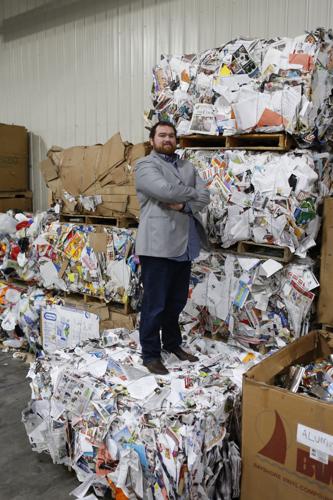 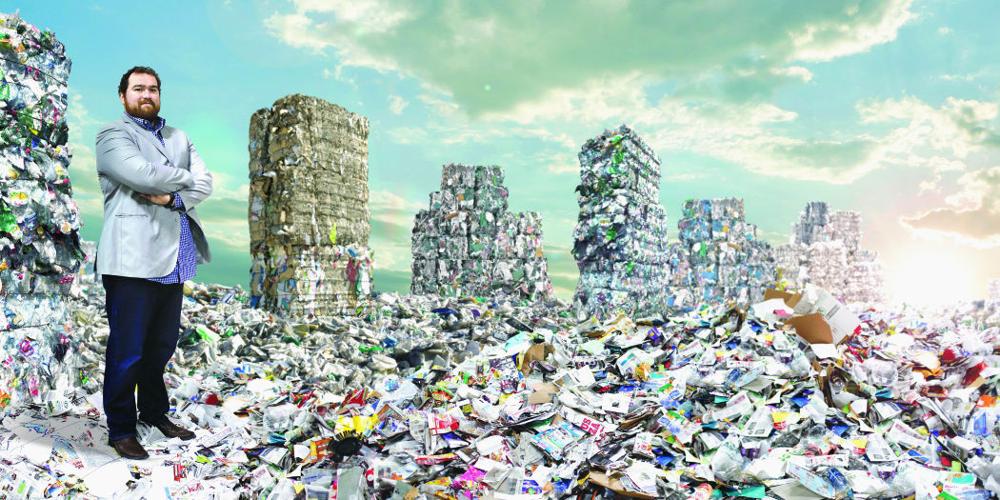 Brian Hoyer is founder of Rite Environmental, a waste desposal and recycling service in Cedar Falls.

Give a brief history of your company.

The city of Cedar Falls decided they were not going to provide curbside recycling as a city service. There were many residents who wanted the service provided. I had a pickup truck, a little space in my parents’ garage and I bought 16 recycling cans to get started. The Waterloo-Cedar Falls Courier did a nice article, along with KWWL, about the business I was starting. After that, we started getting requests for service. I have continued to bootstrap and grow the business to what it is today, which is much more than just a small curbside recycling service. Now we are a small environmental services company offering many different recycling services, refuse collection services and municipal street sweeping.

What was the hardest part about going off on your own?

For me, the hardest part has been seeing my friends and girlfriend graduate with degrees and start successful careers in the business world while, at 26, I am still grinding out my degree and growing a business that may or may not pay off in the long run. As enticing as a nice career, consistent paycheck and work that you can leave in the office would be, I know I am much happier building something of my own.

Tell a brief story that illustrates the hardship and risk you faced.

I could tell many stories of times in the past five years that I have asked myself why am I doing this. I think my “favorite” day ever was a few years ago in March. I was sick. The route driver also called in sick. So, I get to go to work now. It was cold and rainy and I was miserable. The truck we used at the time to pull the recycling collection trailer broke down. I went to get our backup truck, which then got a flat tire. I got that replaced, only to see that an hour later, the recycling trailer had a flat tire. I have to replace that now. All the while, it was about 40 degrees, raining, windy and I was miserable. At the end of the day, we got the job done and it wouldn’t surprise me if I cried myself to sleep that night.

What’s the best part about being your own boss?

There are many things I enjoy about being my own boss. Whether that is having my dog with me all day, working with great people you employ or taking off early from the office to get a beer with friends who are in town. Having the ability to develop your own culture in the workplace and surrounding yourself with people who thrive in a similar culture where they enjoy coming to work is a great feeling.

What would you say to someone looking to become a risk-taker in business?

There is no better time than now. The longer you wait, in my opinion, the more risk you take on. You may have a spouse and children to support, a house payment, a nice-paying job that is hard to leave. So, as a younger person who didn’t have much to lose it was a great time to venture out into the world of entrepreneurship.

Frustrations over park plans in Waterloo

Five questions the Hawkeyes must answer

The country music star took to social media to explain the situation and ask the guilty party to start cutting some checks.

FARLEY — Authorities have released the names of the two people who were killed when a vehicle rear-ended a sanitation vehicle Tuesday on U.S. …

A Cedar Falls couple and their daughter who were killed while camping last month died of stabbing and gunshot wounds, according to autopsies.

Investigators have released information on one of the weapons a Nebraska man used to kill three members of a Cedar Falls family in July at Maquoketa Caves State Park.

Developer Nick Graham had considered deviating from the familiar name, but decided against it for brand recognition.

CLIVE — A Hudson man claimed his winnings from the Big Lucky for Life drawing, in which he won $25,000 per year for life.